Home Real Housewives of Atlanta News RHOA’s Porsha Williams Slams Kenya as “Miserable” and Disses Her Body as ‘Lumpy’ as Kenya Shades Her as a ‘Real H**,’ Plus Drew Addresses Bolo Dating Rumors

RHOA’s Porsha Williams Slams Kenya as “Miserable” and Disses Her Body as ‘Lumpy’ as Kenya Shades Her as a ‘Real H**,’ Plus Drew Addresses Bolo Dating Rumors 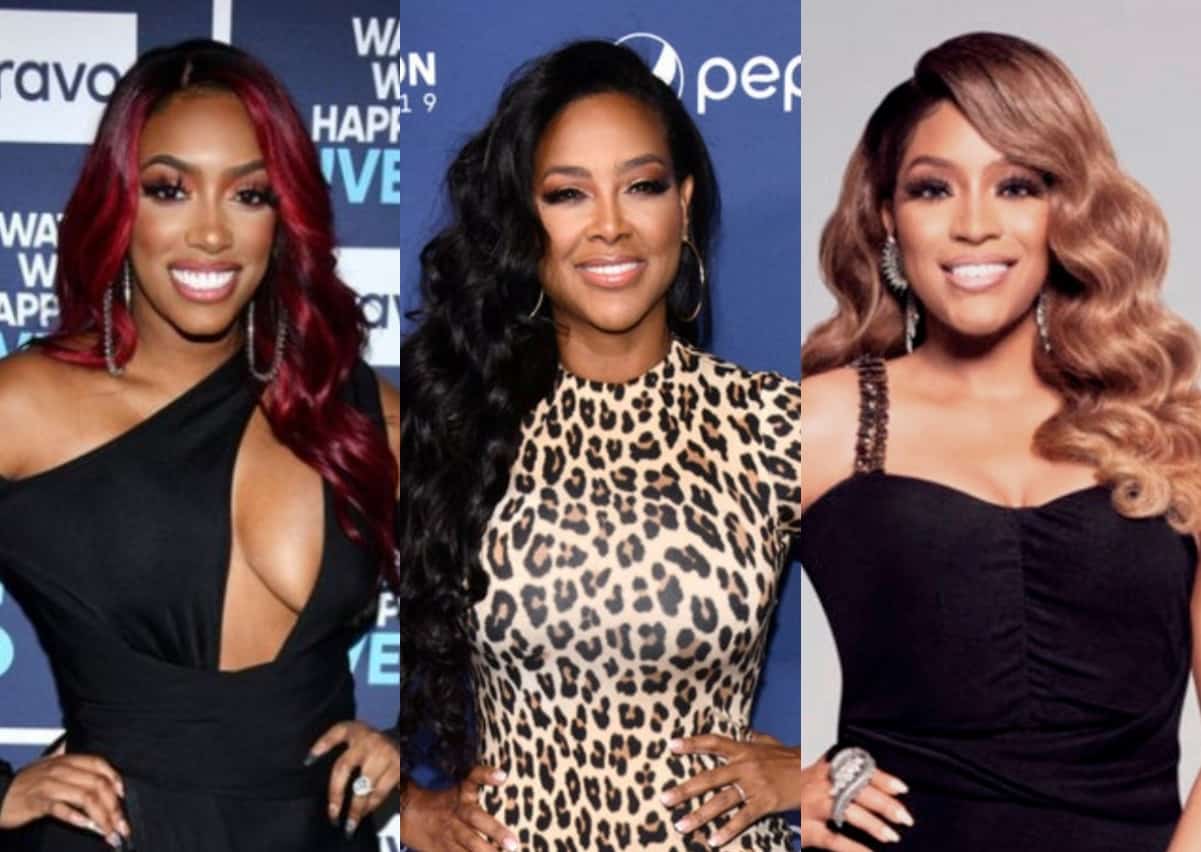 The Real Housewives of Atlanta cast opened up about the strippergate drama of Cynthia Bailey‘s bachelorette bash during the latest taping of the After Show.

After the ladies of the show went wild for (and with) a stripper named Bolo at a party thrown by the series’s unofficial sexpert, Kandi Burruss, Porsha Williams, and Drew Sidora explained their behavior at the event after Porsha first targeted Kenya Moore for making such a to-do over the rendezvous.

“She had been doing things to pick at me. So I think by that time, she was like, ‘This will be the thing that I’ll be able to get her to react [to].’ Because honestly, I hadn’t really engaged with her,” Porsha said on the RHOA: After Show, looking back at their issues throughout the season.

According to Porsha, Kenya no longer has an impact on her life.

Porsha then further slammed Kenya, saying, “I would not have such a smooth forehead and a round a** if I was as miserable as Kenya. That’s why she has lumps and that’s why her mouth is twisted.”

As for their wild antics, Porsha said that quarantine had gotten the best of her.

“Can you imagine locking women up for four months and then all of the sudden, they’re not only out of the house, but they’re at a private strip party? I understand that we need to social distance but we needed social D,” Porsha admitted.

Although Bolo allegedly hooked up with a number of the ladies of the show at once, Cynthia was surprised by something that didn’t involve the male dancer at all.

“What I was surprised about wasn’t even so much about the Bolo stuff. What I enjoyed watching, which I didn’t know it was going to happen, [was] all the girl-on-girl action,” Cynthia admitted. “It was like these girls were just waiting for a moment to be all over each other.”

While there was a lot of “pleading the fifth” when it came to what exactly went down when the cameras went off, and who was involved, LaToya Ali said that after RHOA‘s production team left their place, several of the girls, including herself, went downstairs for more of Bolo.

“I remember Bolo on top Drew. I remember Porsha on the coffee table just spreading it open. When Porsha was on top of Bolo, I was right on top of that too,” she confessed.

“I think the majority of us wanted to see, what Bolo had, was it real? If you see something like that in person, it’s like, that cannot be real,” Porsha shared. “So we knew he wasn’t able to take his body out on camera and we weren’t able to get close enough to see if it was real. So we were like, ‘Turn the cameras off.’”

After Porsha claimed to have wanted the cameras turned off because she simply wanted to see if Bolo’s size was as it seemed beneath his clothes, Kenya believed there was much more to the story.

“The real hoes in the house, it was like, ‘Now we can really get our freak on. We don’t want the world to see how freaky we are but if the cameras are not on, let’s get the freak on,’” Kenya alleged.

Following their wild night, Kenya launched an investigation into what went down, but only for her own satisfaction.

As for Drew’s potential history with Bolo, she admitted during another segment of the RHOA: After Show that she and Bolo were never an item.

“If we did [date], I would have no problem saying it because I dated some people but not Bolo, I would definitely walk a little different,” Drew laughed.