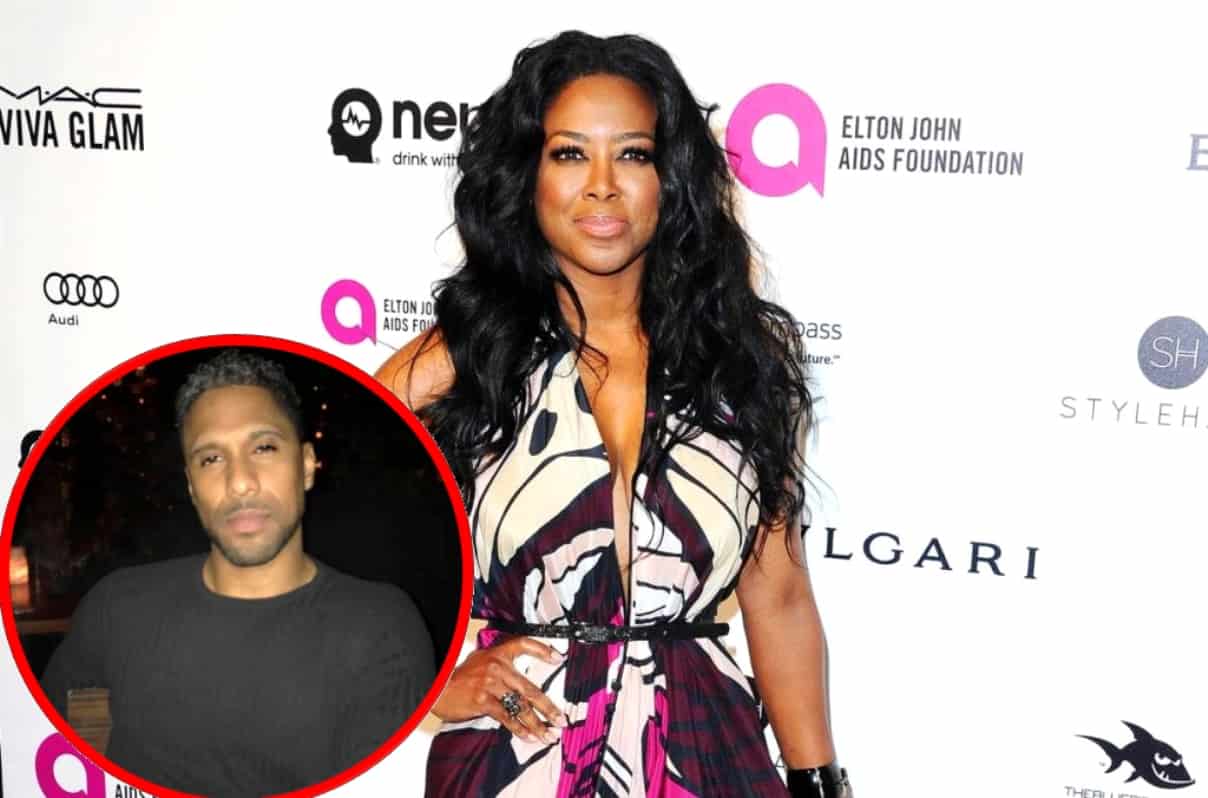 The season 13 premiere of The Real Housewives of Atlanta is about to go down and Kenya Moore is already bringing the drama.

The beauty queen and reality star stopped by The Wendy Williams Show on Friday to dish about her on-again-off-again relationship with estranged husband Marc Daly, the “StripperGate” scandal involving Porsha Williams and Tanya Sam, and her ever-evolving relationship with Marlo Hampton, which has been pretty emotionally fraught.

As for her marriage to Marc, host Wendy Williams pressed Kenya about its current status, considering how Kenya recently shared a pretty cozy video of the two with their daughter Brooklyn seemingly enjoying a genuine family time together on December 3. She shared the video on her Instagram Stories with the caption: “A family that prays together.” 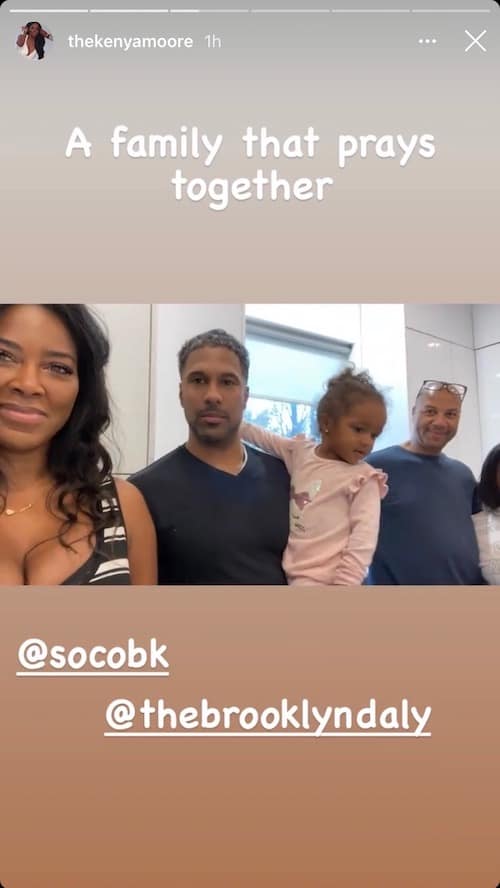 “Our priority is always going to be Brooklyn and I put her first, and if that means that we have to celebrate thanksgiving together or Christmas together or throw her birthday parties together then that’s what it’ll be because she is everything to me and I would sacrifice anything for her,” Kenya told Wendy, also adding that they’re “constantly evolving” as a couple.

With regard to who may be fighting for whom, Kenya hinted that Marc was the one who was leaning toward bringing the family back together officially, but that she was more hesitant to give in to him again.

“I’m done with that. No. I’m the prize, and if a man doesn’t recognize that then please go to the next woman. I have always been raised that way, I lost my way for a minute,” she shared.  “I always remember my grandmother who raised me saying, ‘I’m the prize.’ I think that if he’s not willing to be all of that to me and for my daughter — I’m a model for her, and I need to model what a strong woman looks like, what a boss looks like. That’s the only focus that I have right now, is to be that boss and that strong woman for her.”

In addition to this season following the drama of Kenya’s relationship, it will also follow the drama between the ladies, as Kenya’s seen calling out her co-stars Porsha and Tanya for allegedly hooking up with a stripper at Cynthia Bailey‘s bachelorette party, a claim Tanya has denied.

Naturally, Kenya had more thoughts on the matter.

“Let’s say this, I’m going to leave out names but … when I tell you honey, when they told them that it should be a ‘juicy season,’ they were not referring to ‘WAPs,’ okay, they ‘WAP-ed’ the ‘WAP’ to this season, I can tell you that!” she laughed.

She continued, “We haven’t heard from Tanya since all this happened, we haven’t seen her film anything, she’s basically fled the country. She’s not friends with Porsha anymore, as far as I know, they don’t speak to each other. I don’t think they even follow each other on Instagram so … you need to be the detective in this scenario. Certainly, they have a lot to lose.”

Moreover, Kenya responded to host Wendy’s question about being accused of having “fake relationships” on the show, calling out Porsha for what she believes was some fakery on her part.

“I’m gonna say this because of the consistency from what I see and I don’t know if the fans pick it up, but I would have to say Porsha [is fake] because before she was engaged on the show, she wore her engagement ring in photos, and that happened even a second time that she was re-engaged,” Kenya revealed. “So, how do you get an engagement ring before you’re actually engaged?”

Lastly, the hair care mogul commented on her relationship with Marlo, or a consistent “friend of” for the RHOA and someone with whom she’s beefed in the past. The two recently posted a photo together while filming for the show, causing fans to ask questions about a reconciliation.

“You know what, it’s an interesting season, we are on a good path,” Kenya stated. “I always say that I’m forgiving and I allow people to show me who they really are and if I think she’s being genuine and really wants to be my friend again, I’m able to forgive and move on. It’s gonna take time, but we’re in a good place.”

RHOA Live Viewing – This is also a live viewing thread for the season 13 premiere of The Real Housewives of Atlanta, so feel free to comment and chat as the episode airs at 8/7c on Bravo.