Kenya Moore and her estranged husband, Marc Daly, came together over the weekend to celebrate their daughter Brooklyn’s second birthday.

With Real Housewives of Atlanta castmates Kandi Burruss and Shamea Morton and former co-star Eva Marcille in attendance, Kenya and Marc hosted a cowboy-themed bash for Brooklyn after the former Miss USA sparked rumors of a potential reconciliation between herself and Marc with an intimate photo taken of Marc in bed.

In a photo shared on her Instagram Stories on November 8, Kenya showed off her party attire, which featured a white cowboy hat and a bedazzled face shield. In the caption, Kenya confirmed she was celebrating Brooklyn’s “bday party.” 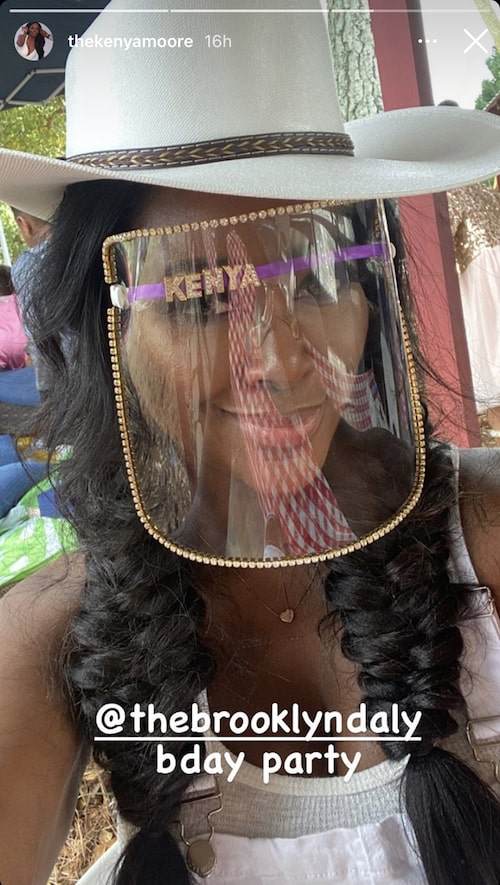 In another post shared on Instagram, Kandi offered fans an inside look at Brooklyn’s bash when she shared a video of Kenya standing in an outdoor pavilion with Marc at her side and Brooklyn in his arms on her Stories. 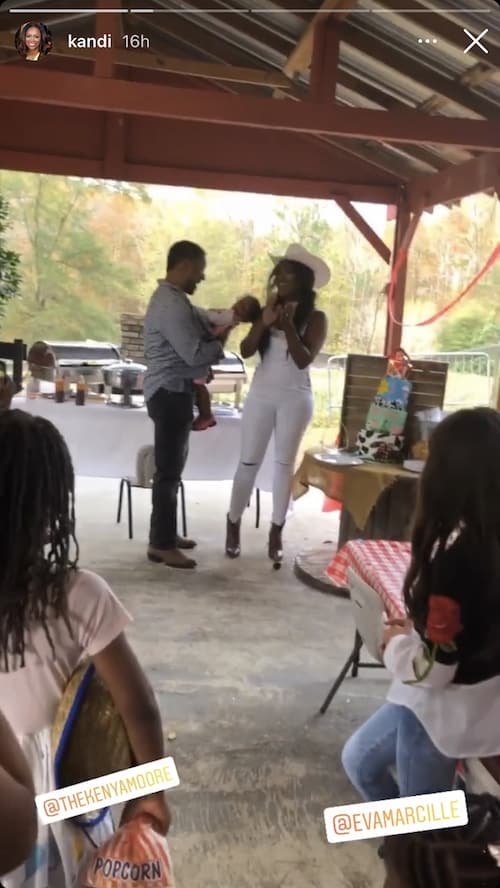 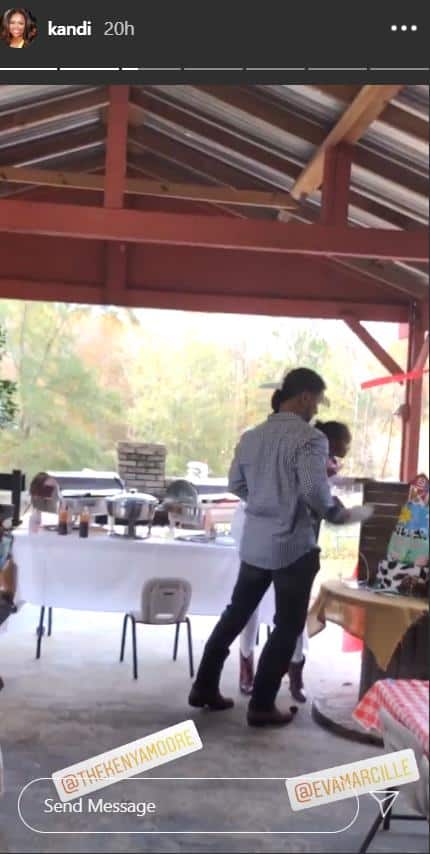 Kenya also shared a post from the party on her Instagram page in which Brooklyn was seen standing with Eva’s son, Mikey, and Shamea’s daughter, Shya.

“[Shya] came too close to [Eva]’s boy Mikey at [Brooklyn]’s birthday party. Check out Shya at the end. Too cute,” she wrote in the caption of her clip.

Prior to the celebration, Kenya shared a photo of Marc and Brooklyn in bed together.

“The love,” she wrote in the caption of the sweet image. 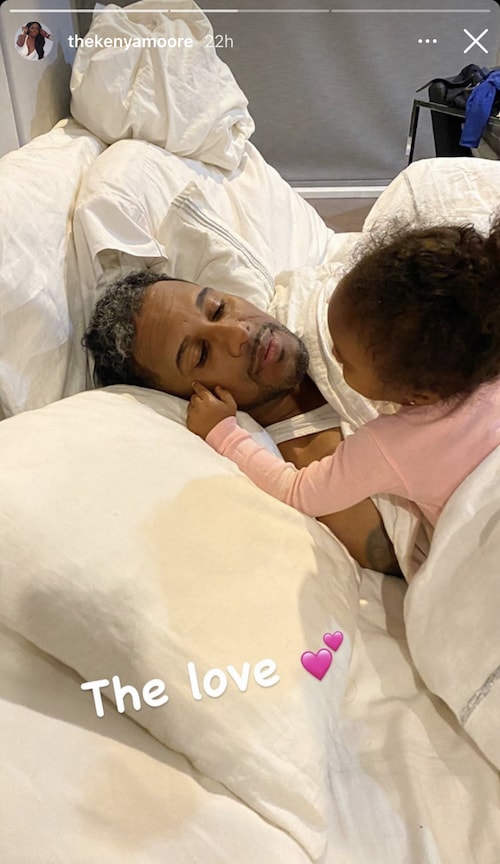 Although Kenya and Marc have not confirmed a reunion quite yet, they appear to be on great terms with one another as they continue to co-parent their daughter. In fact, Marc was seen dancing alongside Kenya in another video shared online.

During an episode of Watch What Happens Live in April, Kenya admitted that her relationship with Marc had improved after their September 2019 split.

“We’re actually getting along better than we’ve gotten along probably shortly after we got married,” she said at the time. “It’s just been no arguments, no real fights or disagreements. He’s been really sweet and caring and thoughtful, it’s like, ‘Wow — this is the man I married.’”

Months later, Kenya admitted that she and Marc were considering adding a second child to their family despite the fact that they had not yet reconciled their marriage.

“It’s a conversation that we’re still trying to figure out, honestly,” she explained to Us Weekly. “But I really feel, more and more, that I do [want to]. Time is ticking, and I want them to be close in age and … it’s a sensitive subject.”

The Real Housewives of Atlanta season 13 premieres on Sunday, December 6, at 9 p.m. on Bravo.