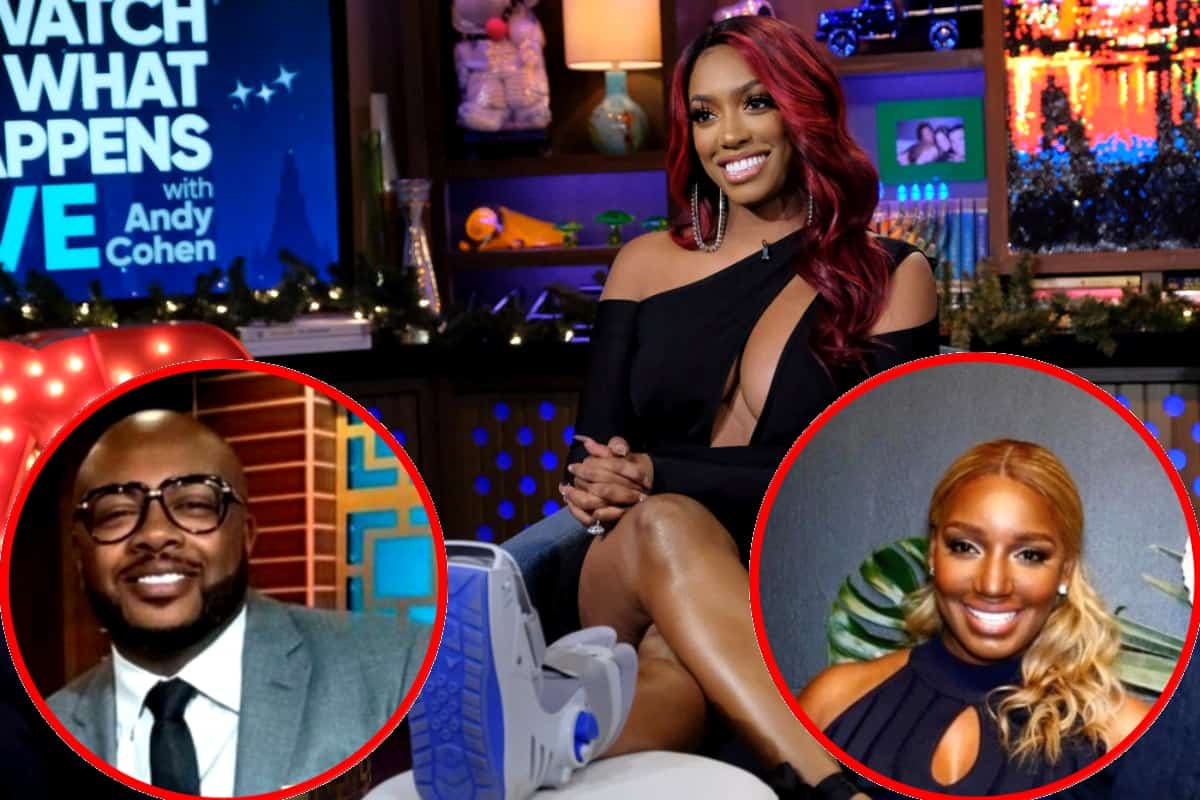 The Real Housewives of Atlanta star Porsha Williams dishes on her status with estranged fiancé Dennis McKinley as well as some of her costars this season.

To say Porsha is having a rough season thus far on RHOA is an understatement. After breaking up with her fiancé, Dennis, after confirmation that he was unfaithful, the Atlanta housewife was forced to raise their new baby, Pilar, all alone. But after it was revealed that Porsha and Dennis attended therapy together in a clip played on Sunday night’s Watch What Happens Live, did things really take a turn for the better for these two?

After saying that she only started filming for season 12 a mere “two or three weeks” after her breakup with Dennis, which stemmed from finding out that he had cheated while she was pregnant, Porsha went on to explain where the couple stands today.

“Well, we’re still working it out, we really are,” the new mom dished on WWHL. “Um, we’re re-engaged.”

“Do you trust him?” WWHL host Andy Cohen then asked Porsha, candidly.

“We’re working on our family,” the Bravo star answered, nodding her head. “It takes time, um, I love him and he loves me, and we’re doing what’s best for our family.”

According to the reality star, she and Dennis haven’t decided on a wedding date just yet, but she admitted, “it will be next year.” Last month, Porsha admitted that her wedding, which was scheduled to happen on New Year’s Eve, had been postponed.

While Porsha was open about discussing her relationship with Dennis on air, it wasn’t until the Aftershow that she really began to spill the tea. But this time, it was about her RHOA costars.

Surrounding Nene Leakes‘ alleged bad behavior toward many of the women on the show, one caller asked Porsha if the veteran housewife ever apologized for the things she did.

“You know what? Um, listen, in this group, these ladies have a hard time doing that,” answered the reality star on WWHL’s Aftershow. “I have been, you know, had a hard time with that too and had to come around to, you know, going on somewhat of an apology tour.”

But does this mean Nene will finally be able to have accountability for her actions?

“I think if you continue watching the season, um, you may see a little bit of a different Nene,” Porsha added, coyly.

However, when it came to addressing her present issues with costar Eva Marcille, Porsha was a little more direct.

“I think your read is right on that,” Porsha affirmed to a caller who asked if she and Eva were on the outs based on Eva’s snide comments on the show. “I think I have definitely seen some backhanded things. Um, I think there’s a lot to deal with at the reunion.”

Don’t miss new episodes of Real Housewives of Atlanta every Sunday at 8 p.m. on Bravo TV.