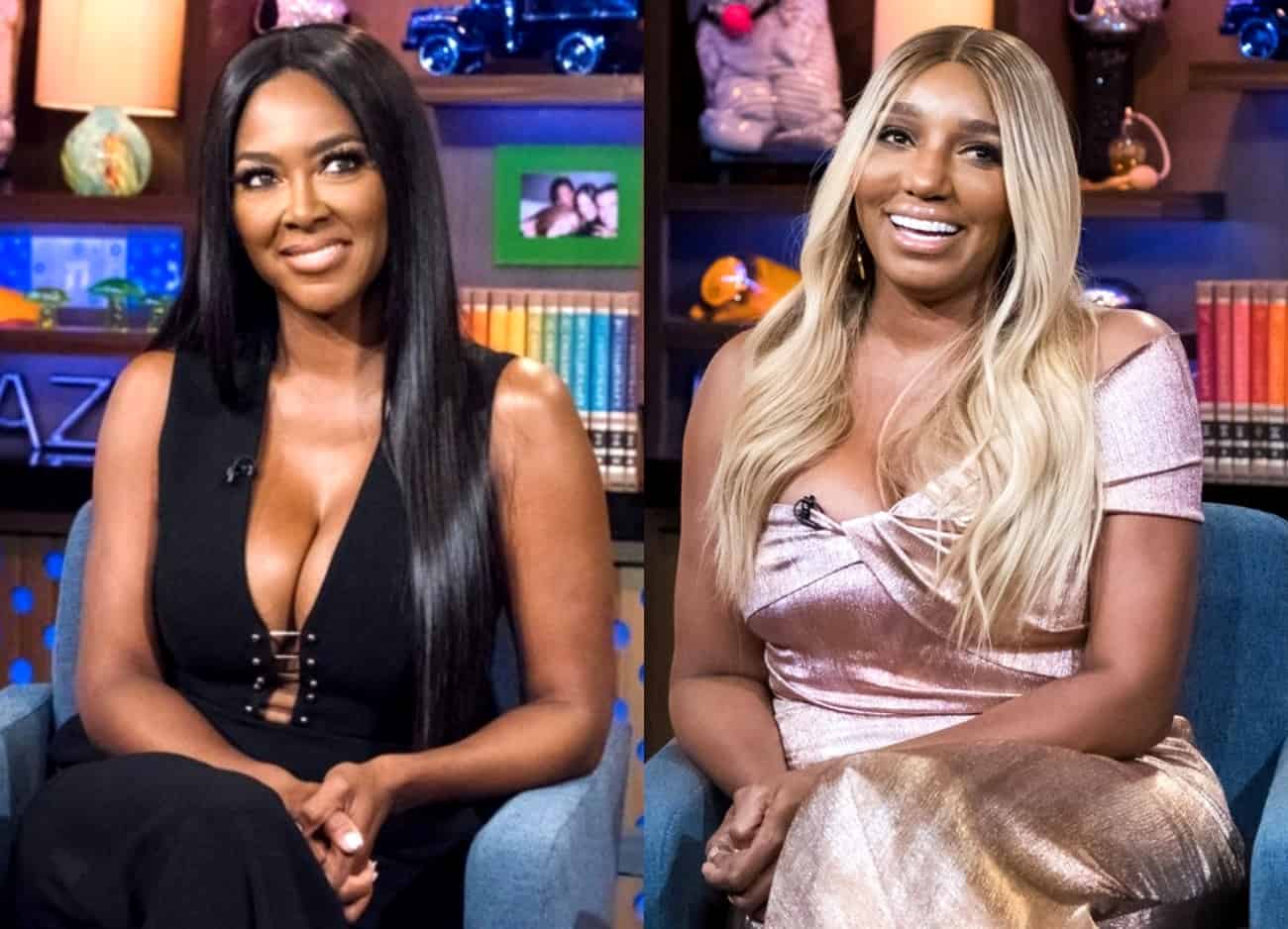 Kenya may have taken a brief hiatus from our TV screens, but she’s coming in hot on season 12! And while the reality star seems to have her hands full, what with a new baby and a recent divorce, she still has plenty of time to shade her arch-nemesis, NeNe.

When the 48-year-old was walking the step-and-repeat at the launch of her new haircare line at Sally Beauty in Atlanta on Wednesday, she was asked why she and NeNe were no longer friends.

“Uh, I guess people’s true colors just, you know, had to come out at some point,” the producer-turned reality star said with a smile to TMZ.

Then the interviewer ventured to ask Kenya why NeNe seemed to be the most threatened by her. After joking that it was because she was “fabulous,” the Bravo star explained, “Honestly, I don’t know, um, it is definitely an issue within her, I don’t know why she’s so intimidated by me but, um, I really wish she would get herself together because, um, I come in peace.”

“[NeNe] just always seems to find a way to be bothered,” Kenya added. And when asked if she thought the 51-year-old reality star was a bully, she was quick to agree.

“Oh, she’s absolutely a bully, she’s bullied everyone on the show,” laughed Kenya. “That’s the truth.”

But when the TMZ rep inquired about RHOA stars Eva Marcille and Marlo Hampton being on NeNe’s “bandwagon,” Kenya was quick to set things straight.

“No, Eva’s on my bandwagon!” the Bravo star exclaimed. “You know, NeNe has very few friends on the show — real friends, so…”

“I don’t take any advice from NeNe,” joked Kenya. “Especially not about wigs.”

As for what is causing their latest feud, a new report from Radar Online states that it has to do with Kenya’s divorce announcement and NeNe’s apparent suspicion that Kenya was never legally married.

“NeNe and Kenya got into a huge fight. NeNe called Kenya the ‘thirstiest person she’s ever met,’” a source revealed. “NeNe ripped into Kenya, saying: ‘How are you divorcing a man that you didn’t marry.”

“NeNe has been suspicious of Kenya for years, starting when she got secretly married and wouldn’t tell anyone the name of her husband,” the source continued. “Now that they’re splitting up, she’s calling Kenya out for being so thirsty.”

It’s no surprise that NeNe and Kenya aren’t getting along these days — the RHOA season 12 teaser says it all! According to sources close to the Atlanta housewives, the two have been at odds during much of filming, as was previously reported.

Don’t miss the premiere of Real Housewives of Atlanta on November 3 on Bravo TV.