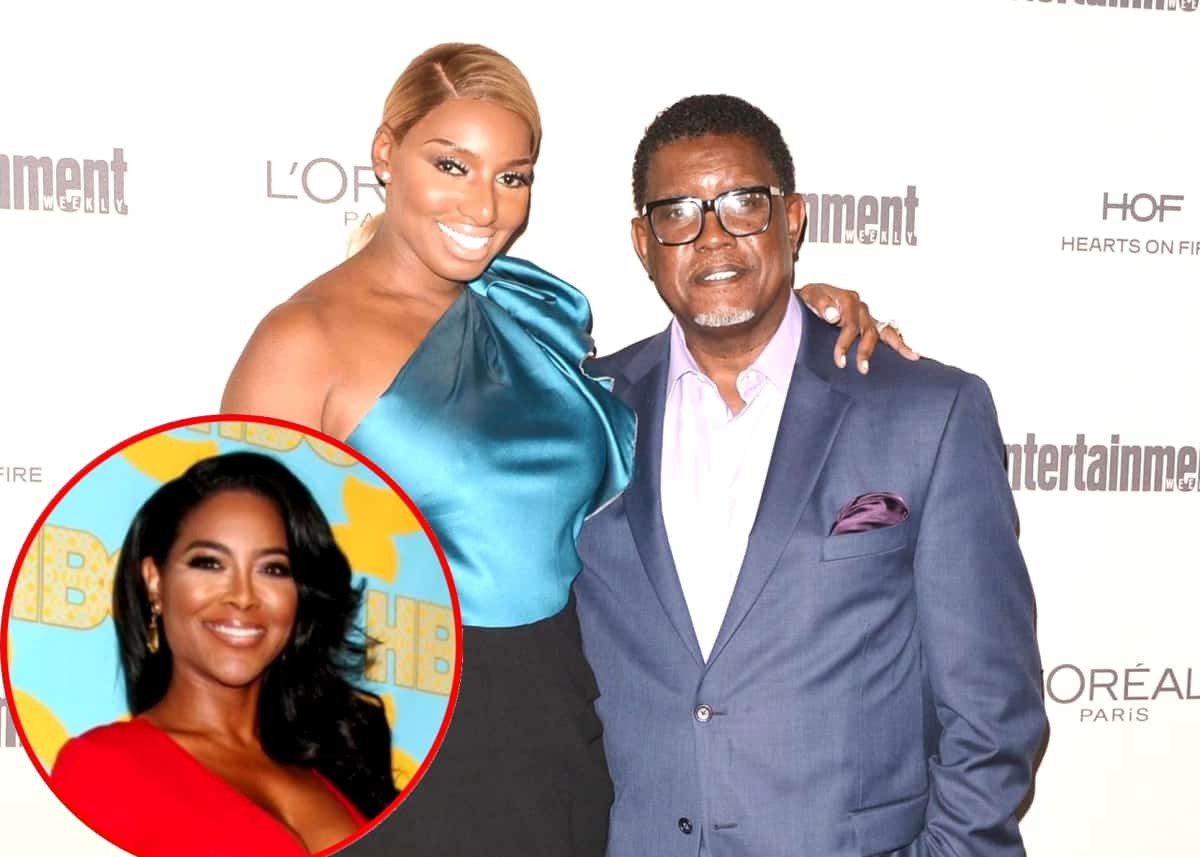 Nene Leakes appeared on The Wendy Williams Show this week, where she addressed her husband’s cancer and threw some shade at her Real Housewives of Atlanta co-star, Kenya Moore, who returned to her full-time role for season 12 after being left out of the season 11 cast lineup.

As husband Gregg Leakes sat in the audience, host Wendy Williams offered a shoutout to him before asking Nene about their marriage and mentioning Kenya’s controversial comeback.

“You look great. You look wonderful, and congratulations on being cancer free,” Wendy told Gregg.

According to Nene, her and Gregg’s marriage took a turn for the worse prior to his cancer diagnosis, which fans saw earlier this year on RHOA, but it wasn’t until after he was diagnosed that they began sleeping in different beds.

“Right before Gregg found out he had cancer, we were not in a good place,” Nene admitted. “[We were] just arguing and not seeing eye-to-eye. I felt like I wasn’t happy and I’m sure he felt like he wasn’t happy. And listen, my happiness means everything to me. If you can’t bring me happiness, boy bye.”

While Nene loves her husband, she told Wendy she also likes being alone.

“I like being alone… [and] what I mean by that is I do a lot of things by myself. I go to the store, I shop. I don’t need anybody to do anything with me. I like me,” she explained.

As for Nene’s thoughts on Kenya and her RHOA comeback, which Kenya confirmed on Instagram in July, she made it clear she did not want to talk about her co-star when Wendy mentioned the topic.

“She’s back and she’s stirring the pot. Sounds like she’s coming after a Nene-sized check to be the Nene of the [Real Housewives of Atlanta],” Wendy replied.

But Nene was unconcerned about Kenya potentially stealing her Bravo salary.

“Good luck with that,” she encouraged Kenya. “I don’t have to fight for anything, honey.”

The Real Housewives of Atlanta season 12 is expected to premiere on Bravo TV sometime later this year.