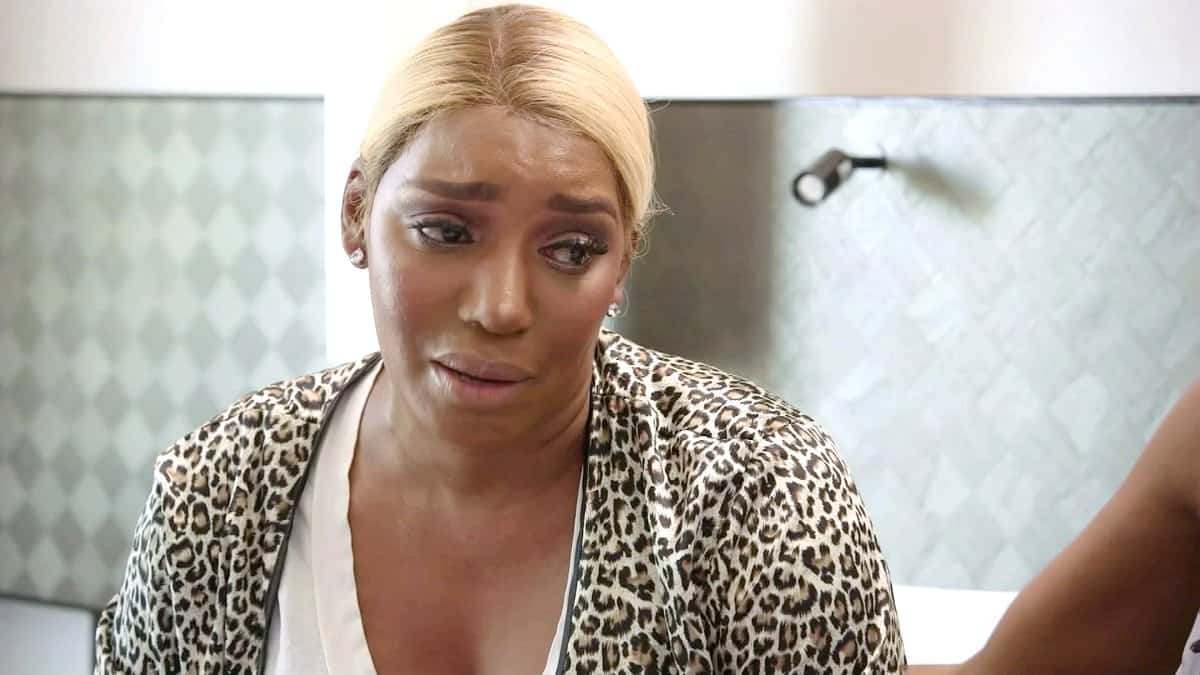 Well, the ladies of The Real Housewives of Atlanta have outdone themselves. During last night’s episode, they managed to do what most would have thought impossible.  They turned a bachelorette trip to Japan into an absolute snooze-fest.

Seriously, last night’s episode of RHOA may have been the most boring installment of any housewives show ever.  You heard it here first–the peaches have officially lost their zest.

When we picked up with the ladies last night, they were still in Tokyo, and Porsha was missing her baby daddy-to-be, Dennis. They weren’t exactly on the best of terms when she took off for the trip with the other ladies, but he sent a big, beautiful, and more importantly expensive bouquet of flowers across the ocean, so…they’re good now.

Later, the ladies attended the bachelorette pajama party Tanya planned for Eva. Porsha told everyone that she and Dennis had been discussing getting married, and had even been ring shopping.  Tanya further revealed that Dennis had even told her fiancé, Paul, that he was going to marry Porsha, so the ladies, including Kandi, decided that it must be legit.

NeNe was still in poor spirits throughout the festivities, and she admitted that she still needed time to “simmer down” following the showdown she had with Tanya over the snide comments she’d made about Tanya and Paul’s long engagement, despite saying that she didn’t care about Tanya or Paul enough to be snide–except she was.  It was literally the world’s dumbest argument, and the fact that NeNe was still in her feelings about it was not lost on Tanya. NeNe barely spoke to her, which begged the question: why show up to the pajama party she was hosting?! Why not sit in her room and be miserable by herself? Because she’s an overgrown, spoiled child, that’s why, and like the proverbial tree falling in the forest, pouting only really makes an impact if there’s someone around to see it.

All the same, Tanya tried to make the most of the situation for Eva’s sake. After all, the girl is getting married, and Tanya just wanted her to have a good time. To that end, she ordered a stripper–if you could call him that. Did you know that strippers in Japan wear white tube socks and leave them on throughout their performance? Tube sock and a thong. It just doesn’t get less sexy than that, but hey, it was the perfect analogy for the entire trip.

After the stripper, Tanya suggested they play dress up with a Paruko theme, which if you’re familiar with anime, you know it means lots of colorful wigs and over the top make up. It was a bit juvenile, and the ladies weren’t feeling it. Pregnant Porsha saved the day by breaking out the pickles, which inspired Kandi to suggest a rather x-rated game that was far more in keeping with the bachelorette theme, but which I’ll also spare you the details of because it was not only graphic, but awkward and just, well–gross.

Meanwhile, NeNe and her husband, Gregg, had barely been speaking since she’d been in Japan, and when they did speak, Gregg seemed to have an attitude. NeNe was completely over it–mainly because, as I mentioned before, she’s an overgrown, spoiled child, and since Gregg’s cancer diagnosis, he’s been getting all of the attention and sympathy, and life hasn’t been all about her in quite awhile. She misses the old Gregg, who nurtured her, she explained, but Gregg just didn’t seem to get that, and it was hindering her good time.  She was getting stressed and upset, and tired of being strong for everyone else, but Cynthia came to the rescue and provided the shoulder NeNe needed to cry on.

Later, the ladies took a samurai lesson, which they had to explain to Porsha was actually not fencing, and would, therefore, not come with those cool netted masks she had been hoping for. I’m not sure pregnant women should be fencing or wielding samurai swords, but what do I know?

Gregg finally came through with his own big, beautiful (and very expensive) bouquet of flowers, along with a card that brought NeNe to tears.  She allowed Eva, who was sitting with her when the flowers arrived, to read it, and she became equally touched, as she read the private note out loud for the camera (how intimate). It really was a sweet card, and NeNe forgave Gregg for thinking of himself almost immediately.

On the last night of the trip, Eva took all of the ladies out for a final dinner, where she asked them each to discuss the highs and lows they’d experienced over the last year.  Cynthia lamented her empty nester status, after her daughter, Noelle left for college, but said she was thrilled with her new beau, Mike Hill.

Kandi’s high was her ever-increasing list of booming businesses, while her low was the mommy guilt she constantly felt when they took her attention away from her children.  Porsha said she wasn’t giving any energy to negative thoughts.  She said she was thrilled with the new life she had with Dennis, especially the actual new life they’d created together.  It was really sweet, and even Kandi was touched.  She became extremely emotional, and tearfully apologized for the way she had rushed to judgment about Dennis.  After all, she said, it was no different than the way some people (mostly her mother) had treated Todd when they first got together, and years later, they were still happy together, and she said she wished the same for Porsha and Dennis.

She was finally acknowledging them as a real couple, as well as a real family-to-be, and Porsha genuinely appreciated it.  The two women embraced, and it looked like after all that’s happened between them over the last few seasons, their contentious back and forth  (and the only interesting storyline on the show) was coming to an end.

Well, that’s pretty much it, folks.  I warned you..it was boring.  But if you’re still willing to watch there’s nearly half a season left to go, and based on the scenes, things will begin to get a lot more interesting.  It will include a wedding, a ring (or two) and plenty of fussing and fighting–stay tuned!