Home Real Housewives of Atlanta News RHOA’s Kenya Moore Claims Bravo is Trying to Phase Out Nene Leakes, Explains Why Marlo Will Never Get a Peach and Why Tanya Deserves One, Plus She Accuses Nene of Lying About ‘Snakegate’ Audio

RHOA’s Kenya Moore Claims Bravo is Trying to Phase Out Nene Leakes, Explains Why Marlo Will Never Get a Peach and Why Tanya Deserves One, Plus She Accuses Nene of Lying About ‘Snakegate’ Audio 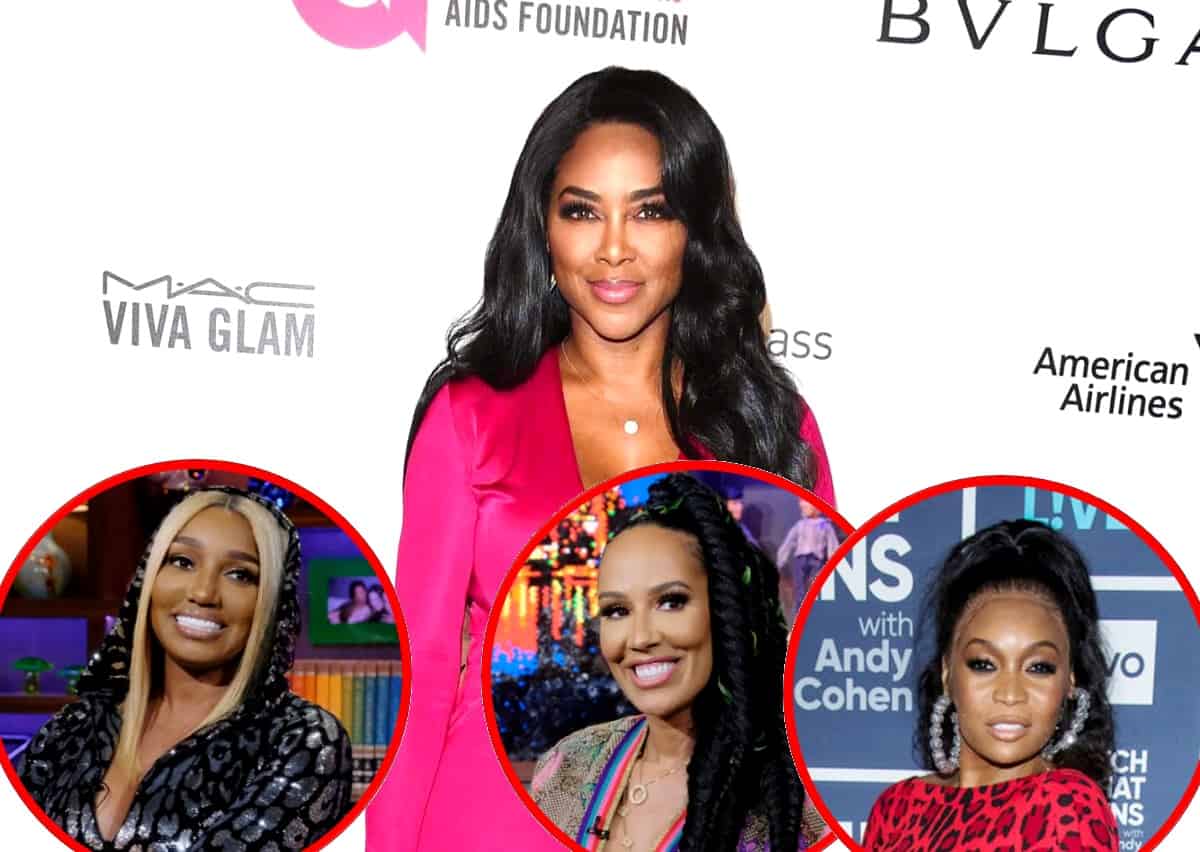 Kenya Moore is opening up about the Real Housewives of Atlanta cast and the many scandals of the 12th season.

After sharing her thoughts on the future roles of Marlo Hampton and Tanya Sam, Kenya addressed Nene Leakes‘ claims about “Snakegate” and explained why she believes Bravo may be phasing out the longtime star.

“Marlo will never get a peach in my opinion,” Kenya told Entertainment Tonight on February 7. “Listen, she has a horrible criminal past … so, that’s just not Bravo’s brand. And if she’s been on the show for all of these years, doing the same thing, why would you want to make her a Housewife?”

During RHOA season 12, Tanya gave viewers a glimpse of her “dark side” in Canada. As fans will recall, Marlo called Kenya out for wearing a wig during the trip but because Kenya takes such pride in her natural hair, she failed to offer a response. Then, after Kenya accidentally left her wig behind as she and her co-stars prepared to venture back to Atlanta and requested Tanya to pick it up for her, Tanya took the wig straight to Marlo.

“She knew exactly what she was doing because she found out that I was, at some point, speaking about Paul [Judge], her fiancé of eight years and their relationship, and so that was her passive-aggressive way to try to hurt me, to try to discredit me and to try to make me look bad,” Kenya explained.

In addition to “Wiggate,” the RHOA cast was faced with another scandal known as “Snakegate,” which was based around an alleged audiotape of Cynthia Bailey talking poorly of Nene that was reportedly recorded by a member of their group, possibly Marlo or Yovanna Momplaisir.

After Kenya and Nene nearly came to blows over whether or not the recording actually existed, Kenya admitted to suspecting there was no audio at one point during filming and now believes Nene was lying about the tape from the get-go.

“NeNe made it all up, this is a lie. There’s no audio,” she stated.

During the midseason teaser, Nene seemingly made amends with a number of her co-stars, including Kenya but according to Kenya, she only did so because she was running out of people to film with.

“She’s missed out on at least four to five episodes this season, so that clearly means the network is sending you a message. You’re not as important as you think you are,” she warned. “Either the network feels that you are still a valuable asset on the show or they don’t, and you’re replaced and phased out, and you just have to move on.”

Kenya went on to take aim at Nene for attempting to spit on her before suggesting Nene was acting out in an effort to remain on RHOA.

“She spat food at me, she attempted to actually hock up spit on me. And it’s just like, what? Who does that? You have children, you have grandchildren — you are a grandmother — and this is the example that you’re setting?” Kenya wondered. “She’s fighting to stay on the show.”