Tamra Judge Discusses Rift With Shannon Beador Following RHOC Exit, Plus She Reveals What She Misses Most About Show and the Best Season

RHONY’s Luann de Lesseps Fires Back at Former Assistant for “Disgusting” Behavior, Claims He’s Nothing More Than a “Disgruntled Ex-Employee”

Vanderpump Rules’ Kristen Doute Slams Katie Maloney as “Cruel” and “Childish,” Plus Katie Reveals Why She Invited Raquel to Girls’ Night Over Kristen 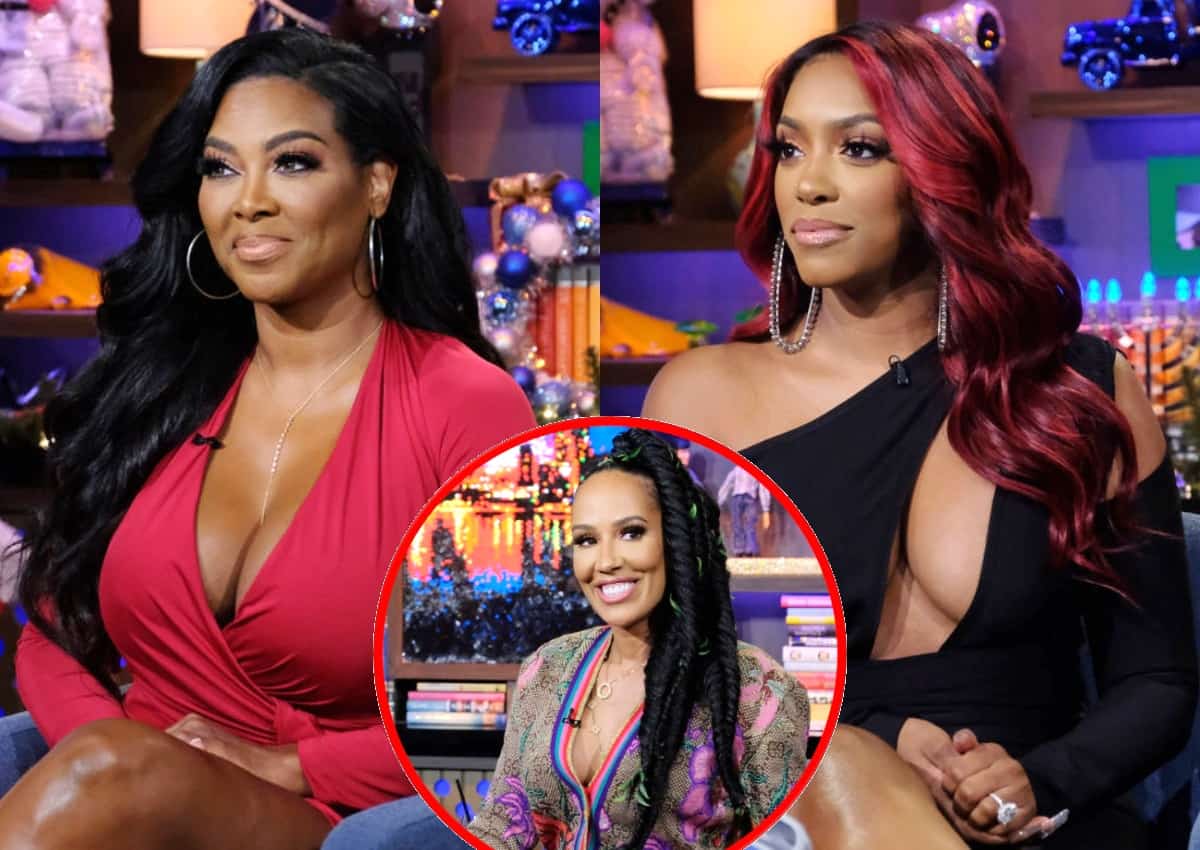 Real Housewives of Atlanta star Kenya Moore is taking to Twitter to slam her costar Porsha Williams and set the record straight after being called out by Tanya Sam.

There’s no denying that Kenya seems to be at the center of all the drama this season! And after watching the latest episode, it was clear that the reality star’s enemy-turned-friend, Porsha, wasn’t necessarily on team-Kenya after she threw some light-hearted shade at her in her confessional moments and didn’t stand up for her on the show.

After a fan asked Kenya on Twitter why Porsha was “being so shady on her confessionals” despite her and Kenya “rekindling their bond,” Kenya was in agreement.

“That’s the question I had too or why she didn’t take up for me” the Bravo star wrote in response. 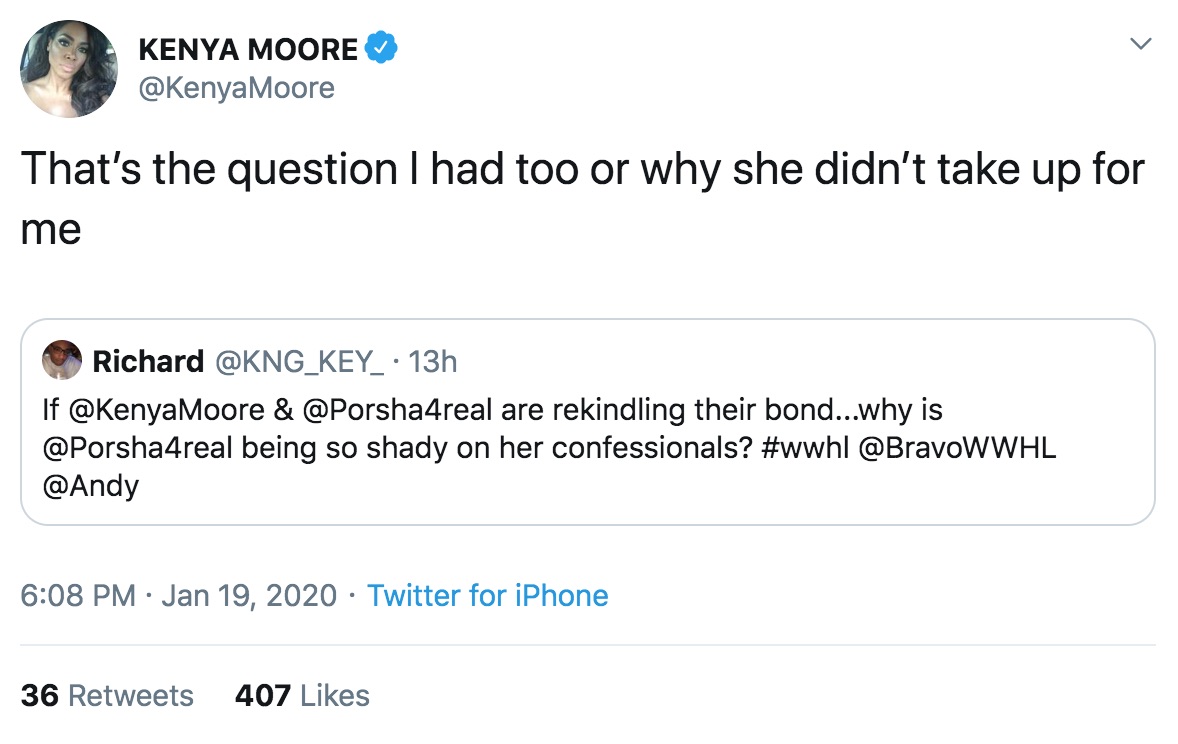 Kenya is, of course, referring to the moment on last night’s episode when her costar Tanya announced to a group of the housewives (which included Porsha) that Kenya, who claims she has gorgeous natural hair, actually wears wigs. But according to Kenya, she never denied wearing wigs from time to time.

This information can be considered incredibly damaging for Kenya, given that she’s the owner of Kenya Moore Hair Care, which is aimed at helping women maintain healthy, natural locks. But instead of taking this jab lying down, the businesswoman turned it into the perfect marketing opportunity.

“Wigs can be worn as protective styles not to hide your real hair because of damage! If you are serious about getting your real hair healthy, strong and long.. visit kenyamoorehair” Kenya wrote on Twitter Sunday evening before adding a link to her Instagram.

Wigs can be worn as protective styles not to hide your real hair because of damage!

If you are serious about getting your real hair healthy, strong and long.. visit kenyamoorehair or visit @sallybeauty… https://t.co/2LhnC6d0T8

Despite all this “wig-shaming,” the real root of Tanya and Kenya’s drama stems from what Kenya said to the cast while on their trip to Toronto. As fans may recall, Kenya asked her castmates over dinner if they’d want to know if their man was cheating on them. While Kenya never said if the question was directed at anyone specifically, it was easy to assume she was referring to the time an Atlanta-based baker told her Tanya’s fiancé Paul Judge had hit on her.

But according to Kenya, this question had nothing to do with Tanya as she “never sent for her,” as she jokingly posted on Twitter alongside a playful meme.

But when a fan accused her of “dancing around those cheating allegations during last week’s episode,” Kenya was quick to deny it was aimed at Tanya.

“I never said who it was so the ends don’t justify the means,” Kenya explained on Twitter Sunday evening. “I said I would have never said told her right? Since we are watching the same show. The girl came on the show… that’s not my doing.”

I never said who it was so the ends don’t justify the means. I said I would have never said told her right? Since we are watching the same show. The girl came on the show… that’s not my doing.

New episodes of Real Housewives of Atlanta airs every Sunday at 8 p.m. on Bravo TV.

Follow us and get the latest news delivered to your timeline!
Kenya MoorePorsha WilliamsReal Housewives of AtlantaRHOATanya Sam