RHOA’s Kenya Moore Hints That Tanya Sam’s Fiance Paul Might Be Cheating on Her, Plus Tanya Announces Toronto Carnival Party Package for Fans 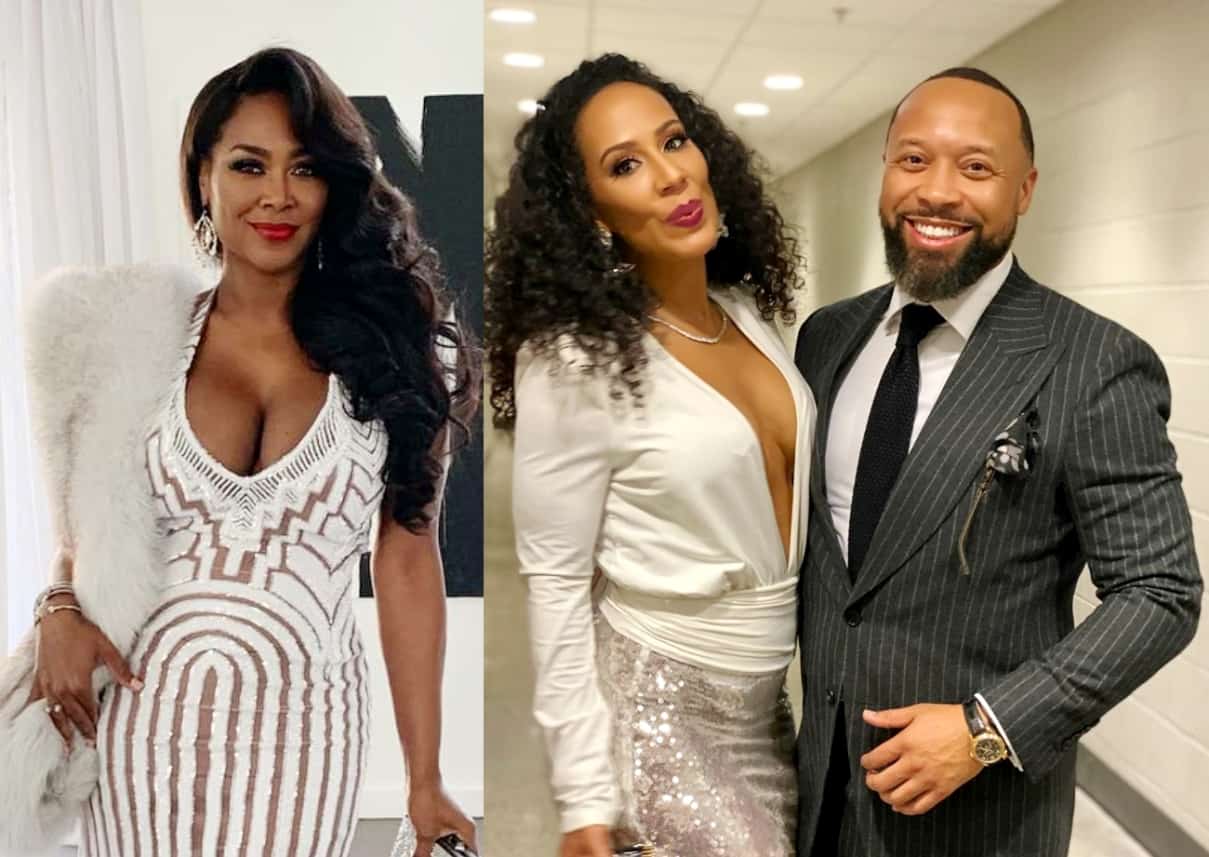 The Real Housewives of Atlanta star Kenya Moore is hinting that Tanya Sam‘s fiancé Paul Judge might be cheating on her.

Will Kenya ever get tired of letting the cat out of the bag? In a sneak peek of next week’s RHOA episode, during a dinner while on their trip to Toronto, the outspoken reality star asks her fellow castmembers a seemingly innocent question after learning Tanya’s fiancé was allegedly flirting with another woman.

“So if you suspect or have heard that someone’s man in the group is cheating, would you want to know?” Kenya asks the group of housewives in the preview clip.

“I would,” fellow cast member Cynthia Bailey says almost immediately before just about every other lady agrees.

“I would want some evidence,” Tanya chimes in after reality star Kandi Burruss says she’d want proof along with the allegations.

Kenya then specifies her question, seemingly geared at Tanya, asking her if she’d want to know the information even if it came from the woman who was accusing the man of being unfaithful.

“Yes, I would want to know if people were going around saying that,” adds Tanya.

“What if they didn’t hook up with them, they just basically said the person hit on them and they exchanged numbers?” Kenya asks again, getting oddly specific with her hypothetical scenario.

The camera then cuts to Cynthia. She reveals that when she and Kenya visited a dessert shop back in Atlanta, the baker told them that Tanya’s fiancé was hitting on her.

We then are taken to a past clip from the cookie shop, where “The Cookie Lady” reveals she was hit on by Tanya’s husband, Paul.

“So you know your boy, uh, Paul?” the baker asks Kenya and Cynthia. “He kind of like, was all over me, just like, buying me drinks, telling me not to leave somewhere.”

“This never had to go anywhere,” Cynthia says of the interaction back in her confessional. “Like, I know Kenya is shady, but even for Kenya, it’s like, girl!”

In other news, Tanya has recently announced she’ll be taking a select group of fans to Carnival in her native Toronto this July on Instagram! And after seeing how much fun the housewives have been having there on the show, Tanya will likely see a lot of interest in the event.

“Taking the girls to Toronto Caribbean Carnival was epic. Next time I want you and your squad there! Join me this summer for a 4-day Carnival trip & experience in Toronto!” the picture read on Tanya’s post.

The event will be taking place from July 30 to August 2, and you can reserve a spot now at TorontowithTanya.com.