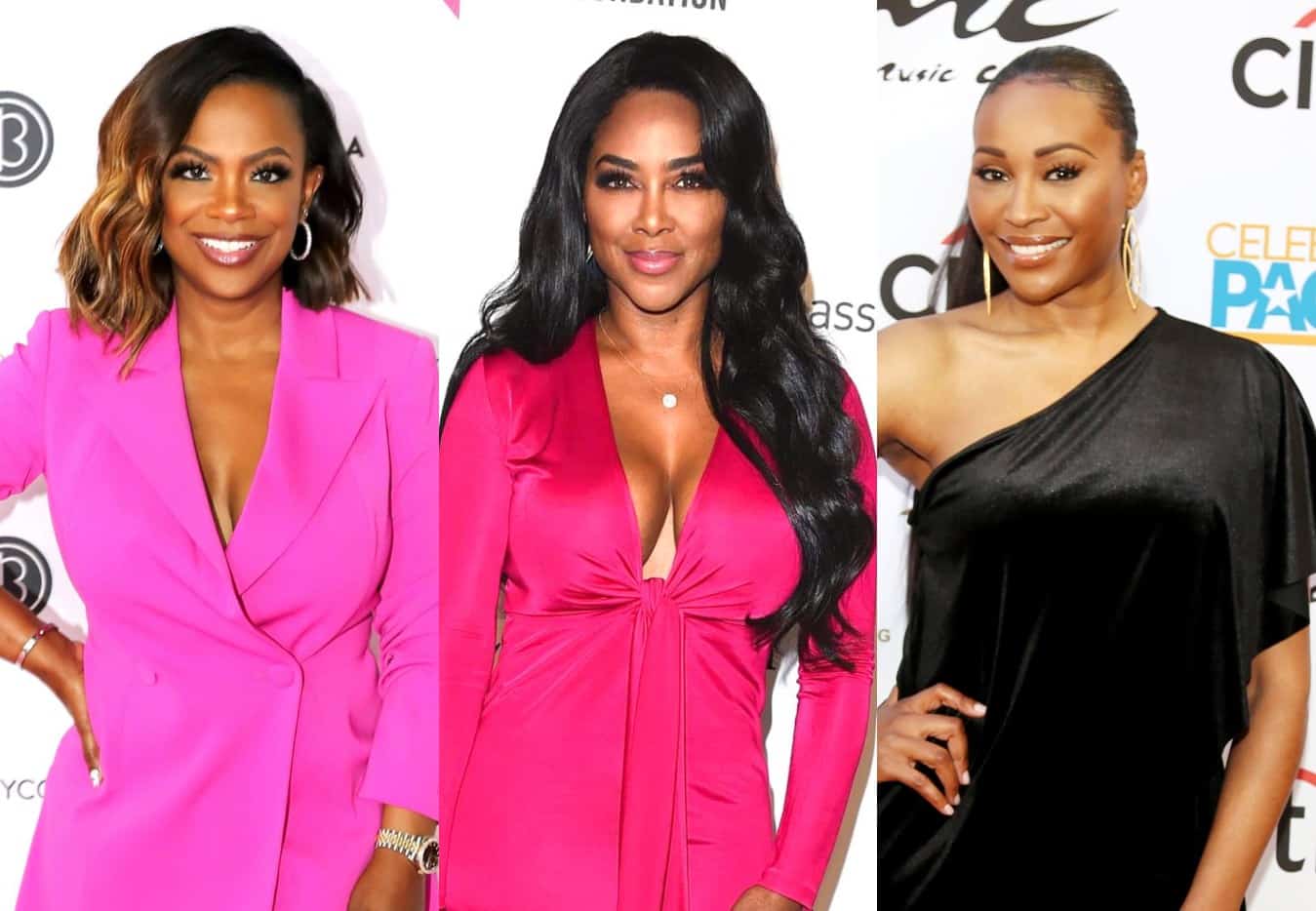 Real Housewives of Atlanta star Kandi Burruss is annoyed with Kenya Moore after she appears to ruin Cynthia Bailey‘s surprise engagement in a preview for tonight’s episode. Plus, Kandi takes to Instagram to show off her one-month-old baby girl.

Kenya is no stranger to speaking her mind, even if that means ruining a huge surprise for one of her costars. In a new preview for the upcoming episode, the 48-year-old reality star tells Cynthia at a party that she thinks her boyfriend at the time, Mike Hill may propose to her by the time the event is over. But Kandi, who texted Kenya just moments before she thought a proposal might take place, pulls Kenya aside to scold her.

“Why would you bring that up to her?” an irritated Kandi said to Kenya after the two of them step aside in the preview posted on Bravo.com. “I mean, when you and I are talking on our own? That is not cool!”

In the clip, Kandi explains in her confessional that Mike texted her, giving her a “heads-up” that something big was about to go down, which Kandi assumed was a proposal.

“I give Kenya a little text, ‘I think he’s going to pop the question.'” Kandi continued to explain to the camera in the preview clip. “And all of a sudden she just blurts it out? Like, why? Why would you do that?”

“B***h,” Kandi added, annoyingly in the RHOA preview clip below.

When Kandi isn’t dealing with the drama amongst her friends, she’s caring for her beautiful new baby girl, Blaze Tucker. Kandi shared an adorable picture of her one-month-old and second child with husband Todd Tucker on Instagram.

“Time is already flying by. I can’t believe my baby girl @blazetucker is already a month old! I’ve got another blessing to love on.” Kandi wrote in the post on December 20. “Thank you @weelovephotography for coming to take her pictures. You are the baby whisperer!”

Kandi also shared a sweet Instagram video on the same day, featuring Kandi and her mother, Mama Joyce, as they gushed over the new family addition.

Catch new episodes of Real Housewives of Atlanta every Sunday at 8 p.m. on Bravo TV.