PHOTO: RHOA’s Kandi Burruss Welcomes Third Child Via Surrogate With Husband Todd Tucker, Find Out Her Name and See the First Pic of the Baby Girl 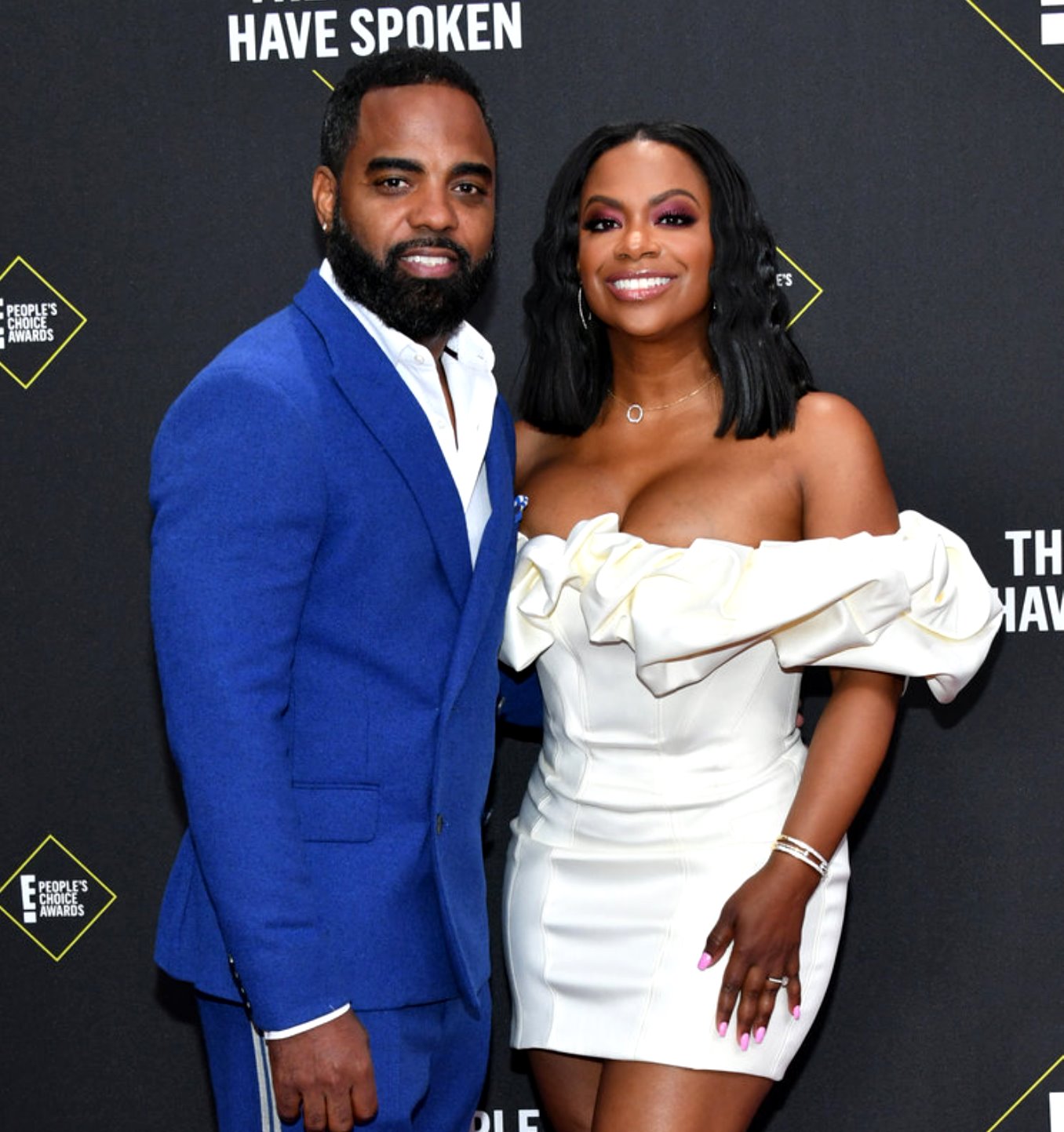 Kandi Burruss and Todd Tucker have just welcomed a new baby into their family.

After the Real Housewives of Atlanta cast member welcomed a baby girl on Friday, November 22, via surrogate, she shared an announcement with her fans and followers via text and along with the announcement, Kandi included the first photo of her third child. 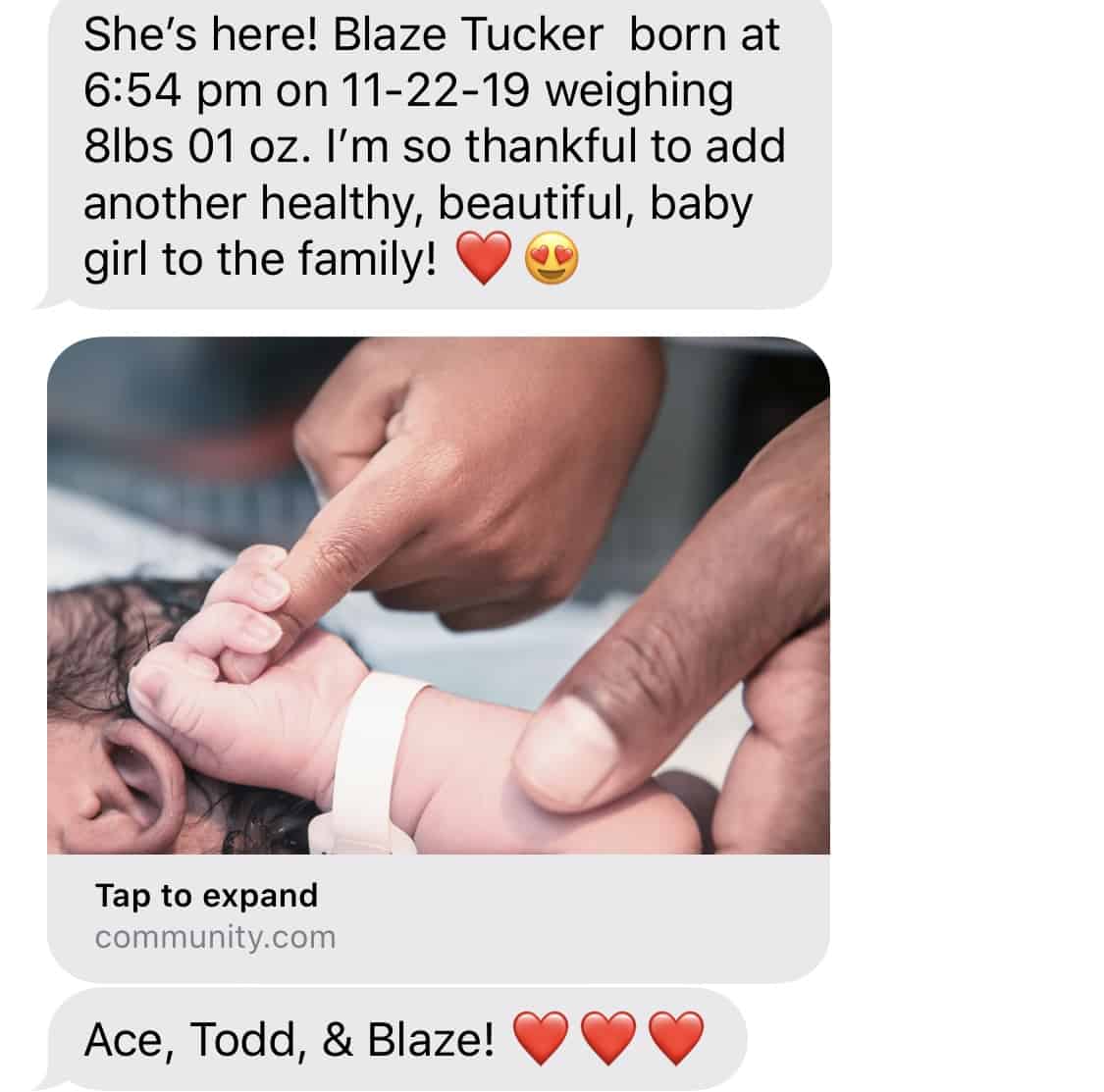 News of Kandi’s plan to add a third child into her family was first announced in September. At the time, PEOPLE magazine noted that Kandi, who married husband Todd in April 2014 after three years of dating, would be welcoming a third child “soon” and added that her surrogacy journey would be featured on season 12 of RHOA.

During an episode of Busy Tonight earlier this year, Kandi discussed a chat she had with Real Housewives creator Andy Cohen, who welcomed his first child, via surrogate, in February after admitting to being hesitant to use a surrogate.

“I had made a comment. I said something like, ‘I guess I’m gonna have a baby mama.’ And he said to me, ‘Don’t you ever say that because you are the mother,” Kandi shared. “‘And to say she’s your baby’s mom is taking away from you.’ It made me feel better.”

After The Shade Room shared Kandi’s baby news with their audience on Instagram, Kandi responded to the post. 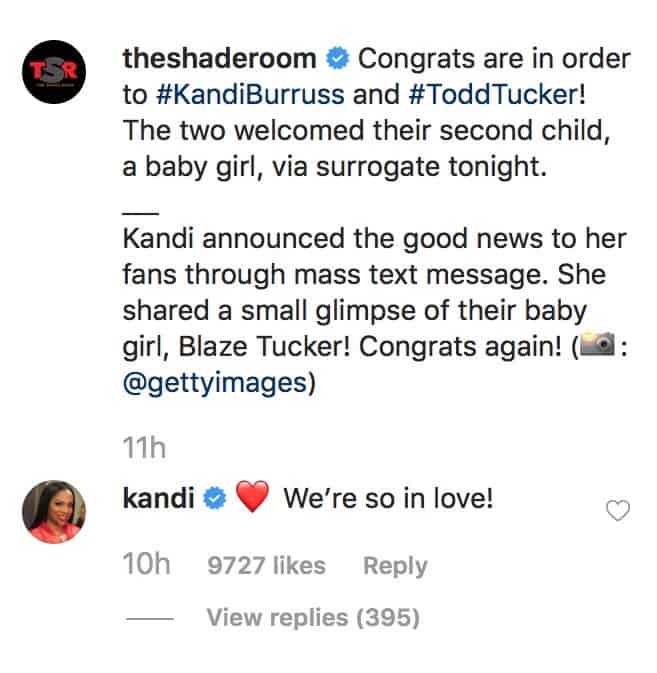