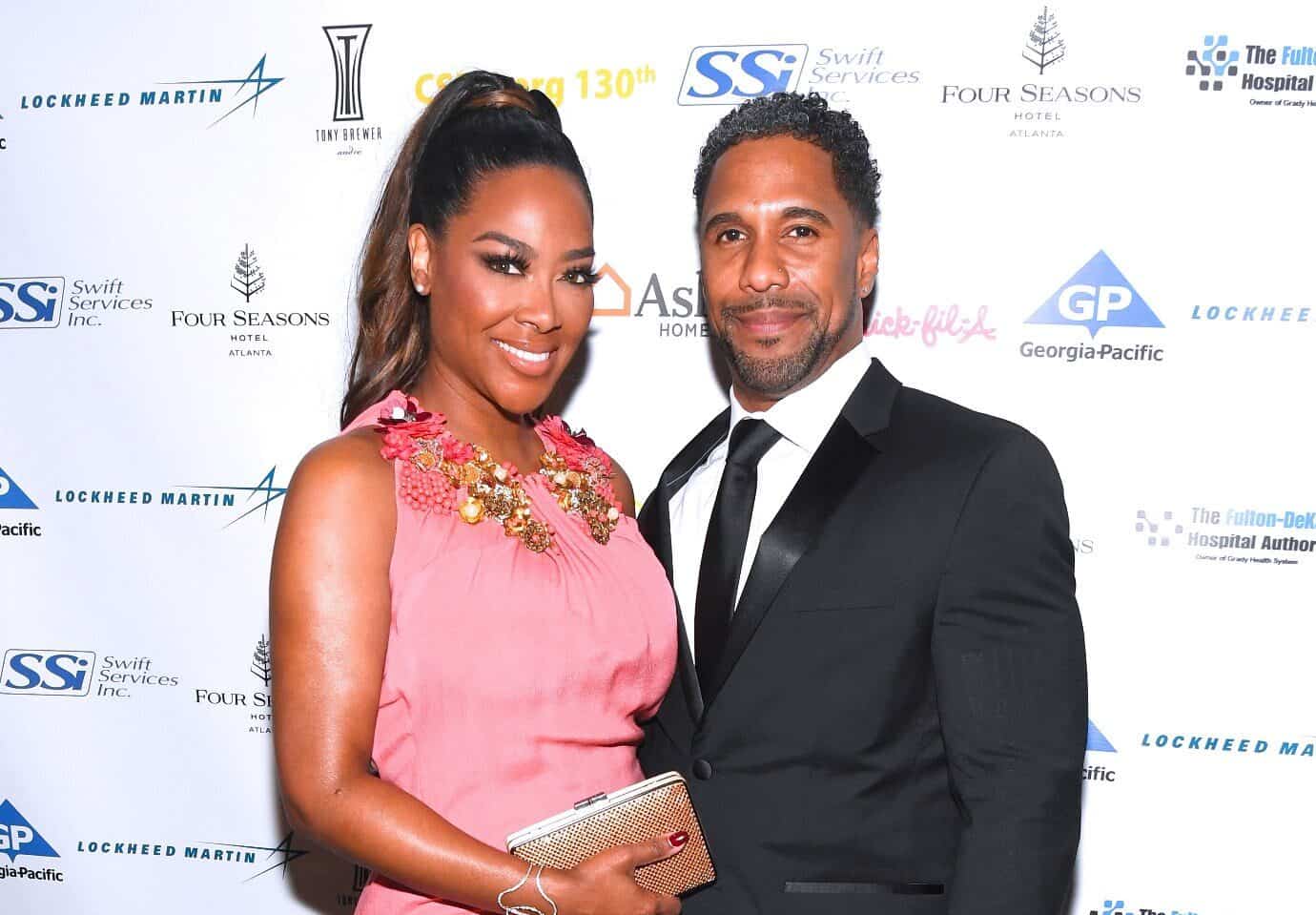 Kenya Moore is sharing an update on Marc Daly’s divorce filing. She’s also addressing her friendship with LaToya Ali and seemingly reveling in the fact that Tanya Sam left the show.

Kenya took to Twitter during the February 28 Real Housewives of Atlanta episode and attempted to explain the status of her relationship with Marc. Viewers watched in horror as Kenya’s attorney revealed that Marc had filed for divorce and was seeking alimony, which seemingly shocked the mother-of-one.

“For the record: Marc withdrew the divorce petition the next day and said that he was not asking for alimony in the filing and that we misinterpreted [New York] law,” she tweeted on February 28. “There has been no further divorce action to date. This scene was taped months ago.” 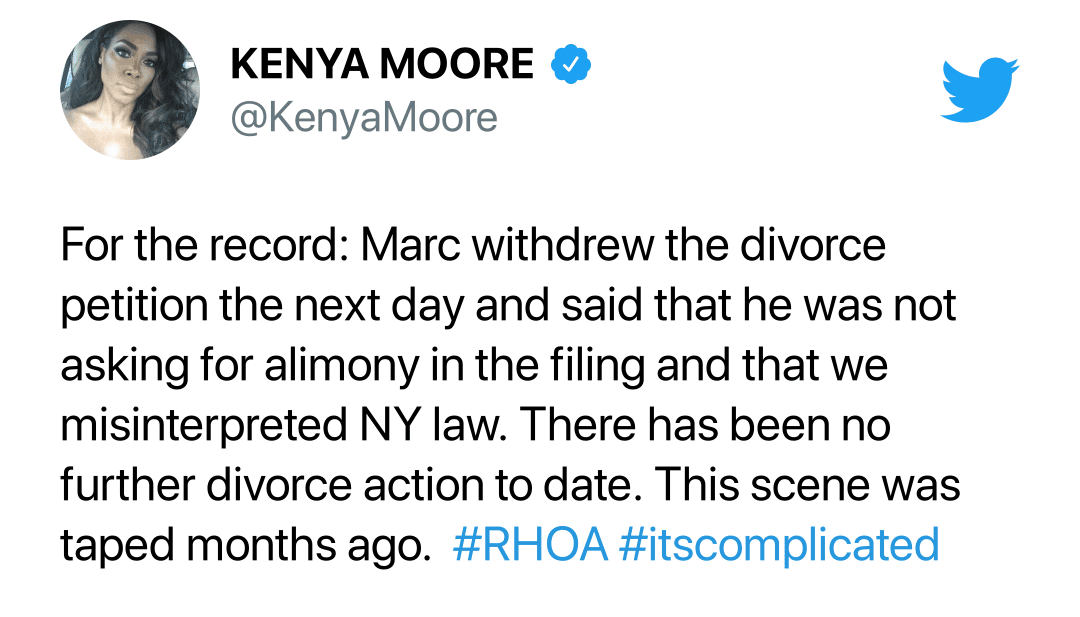 Though there may not have been any new filings, Marc released a statement in January explaining that he and Kenya have decided to end their marriage, but the reality star still hasn’t addressed his claim.

“After recently attending mediation, Kenya and I have agreed to end our marriage. I will always have great care for her and look forward to amicably continuing to co-parent our daughter Brooklyn with an abundance of love and wisdom,” Marc told The Root.

While speaking with her attorney about the divorce filing, Kenya revealed that Marc had recently been sending her love songs and claimed his entire playlist was made up of songs about her.

“Thank you [Jazmine Sullivan] for your amazing and beautiful song,” she tweeted and included a “Want You Bad” hashtag, which is apparently one of the songs he allegedly sent her.

Thank you @jsullivanmusic for your amazing and beautiful song #WantYouBad #RHOA

She also addressed some of the hate she was getting from fans as the episode aired. After she and LaToya had their first argument over Kenya’s investigation into who slept with the male stripper at Cynthia Bailey‘s bachelorette party, viewers watched as the two sat down and hashed things out. As they talked, Kenya told LaToya that she actually had a crush on her.

“So why is Kenya saying Tanya is Porsha’s ‘friend-friend’ like she doesn’t want to be LaToya’s ‘friend- friend’ Sis is a hot mess,” one fan quipped.

She didn’t deny wanting to be LaToya’s “friend-friend,” but instead she went on to explain why she was upset with the newbie.

“I adored Latoya’s energy and vibe and she’s cute,” she responded. “It’s more about her not speaking up for injustices against me as my friend.”

I adored Latoya’s energy and vibe and she’s cute. It’s more about her not speaking up for injustices against me as my friend #RHOA https://t.co/cu4HjdB4K8

Then, Kenya decided to go in on Tanya, Porsha Williams, and Drew Sidora by re-sharing a fan’s sentiment about the ladies, and she simply wrote, “THIS!!!”

“None of you women like each other so there’s no girl code,” the fan wrote. “You all had a ponderosa and delighted in Kenya’s misery literally the night before. Bye Tanya and next up [Drew] and [Porsha].”