Home Real Housewives of Atlanta News Mike Hill Admits to Watching RHOA With Ex-Wife and Being a Fan of Cynthia Bailey, Addresses Nene Leakes Skipping His Wedding and Almost Not Making it Down the Aisle, Plus Live Viewing Thread

Mike Hill Admits to Watching RHOA With Ex-Wife and Being a Fan of Cynthia Bailey, Addresses Nene Leakes Skipping His Wedding and Almost Not Making it Down the Aisle, Plus Live Viewing Thread 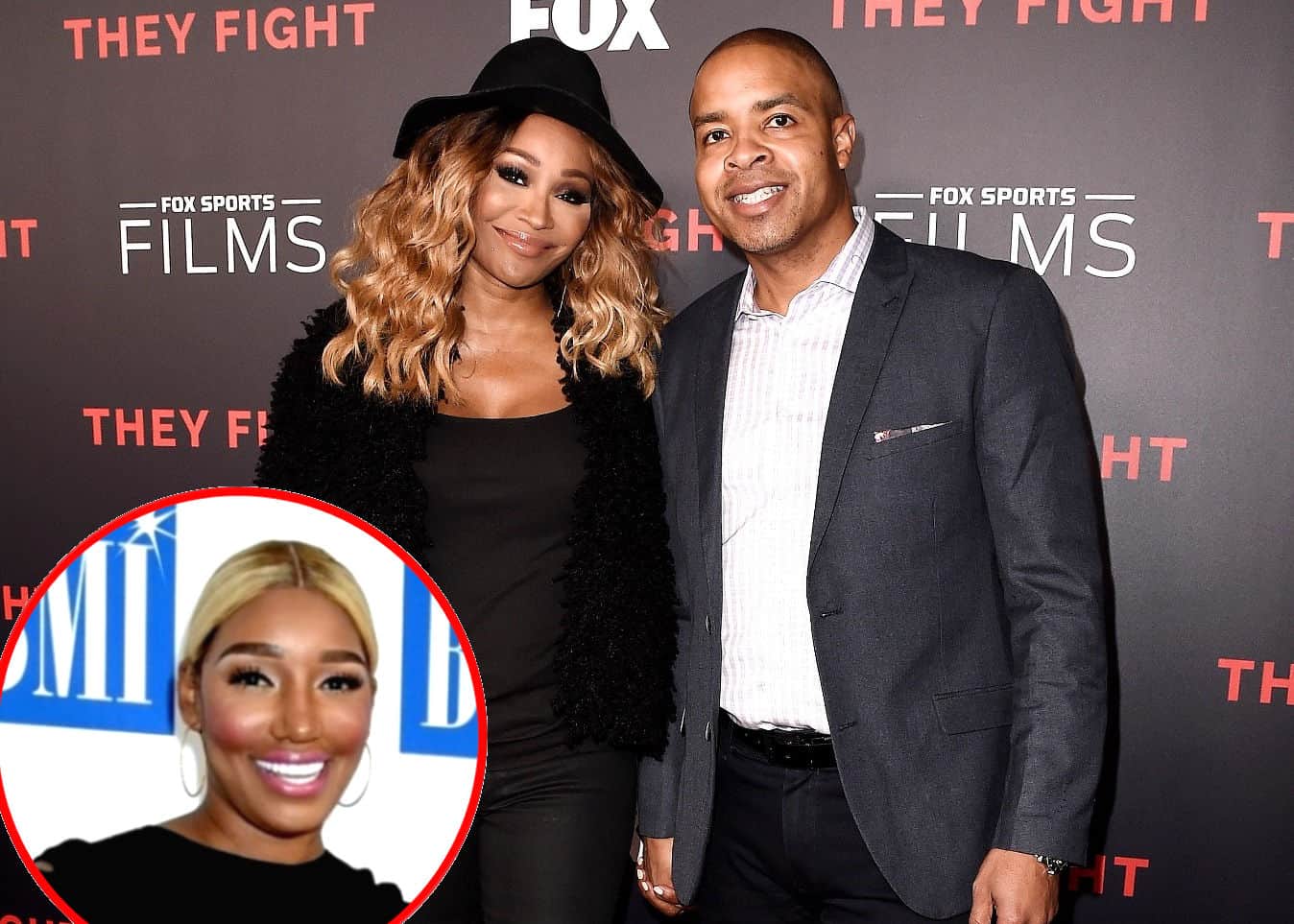 Cynthia Bailey‘s husband, Mike Hill, admits he was a Real Housewives of Atlanta fan before meeting Cynthia as he reflects on their relationship and discusses his wife’s former co-star, Nene Leakes.

As Mike dished on all things Housewives in a recent interview, he revealed that he and his ex-wife were big fans of the show, and actually looked forward to watching it together every Sunday.

“What’s crazy about the Real Housewives of Atlanta is that I used to watch it with my ex-wife,” he confessed on the Behind the Velvet Rope with David Yontef podcast. “My ex-wife, Camille, turned me on to The Real Housewives of Atlanta, and we used to sit there on Sundays and actually watch it together, or we’d even have it on DVR [because] we couldn’t watch it without each other. And what’s crazy about that whole situation is that Cynthia was, like, our favorite. So [that’s] before I even knew about her personally or whatnot.”

The sportscaster then named several of his other favorite cast members before shading Kim Zolciak Biermann.

“[Cynthia] was our favorite because – taking nothing from the others, of course – we loved what Nene brought to the table, Phaedra [Parks] and Kandi [Burruss], we enjoyed all of them, don’t get me wrong. I don’t think we were big fans of Kim. I don’t know the lady. I’m just saying. I’m just being honest with you.”

“But one person who was always consistent was Cynthia,” he continued. “And we liked the way she carried herself. She was classy, and she still is today, obviously, but yeah, she was our favorite.”

As fans know, Mike and Cynthia’s love story began when she chose him during a dating game featured on The Steve Harvey Show. However, it didn’t quite happen the way most people assume. In fact, the pair didn’t immediately go on a date, and the producers of the show actually duped them both in order to set up their first date.

“If it wasn’t for the Steve Harvey producers, we probably wouldn’t be together right now because the producers actually tricked us,” Mike revealed. “The producers… about a week later, they reached out to me and they said, ‘Hey, Cynthia really wants to go out with you. She really likes you. Is it okay for you to give her a call or have your number?’ I’m like, ‘Sure!’ And they were telling Cynthia the same thing and that I really wanted to go out with her.”

Though everything seemingly worked out perfectly for the couple, Mike explained that before the COVID-19 pandemic hit, their relationship was on the rocks, and they were actually on the verge of splitting up.

“We’ll admit that this time last year, Cynthia and I almost didn’t make it to be quite honest with you,” he shared. “We went through it! I mean, right before the pandemic, WE. WENT. THROUGH. IT. The pandemic, while it’s a burden for a lot of people and we wish everybody well, it turned out to be a blessing for us because it forced us to stay in a situation and work some things out. So, we almost didn’t make it down the aisle in October. But we got through it by the grace of God.”

Mike said their wedding day was truly magical, but he admitted that he was disappointed when Nene didn’t attend, and he hopes his wife will make amends with her former co-star one day because they were happy together as friends.

“They’re sisters. You know, sisters and even brothers sometimes fight and go through their ups and downs, but at the end of the day, when Cynthia was around Nene, she was happy, and they had fun,” he declared. “And I think Nene was happy too. So, Nene was there from the beginning and the first time that I really, really hung out with Cynthia in Atlanta.”

He added, “I really hope that one day Cynthia and Nene can come together and find a common ground, which they do [have]. They’re cordial, don’t get me wrong. There’s no kind of beef or anything that’s happening there, but maybe one day they can get together, and we all can hang out together again. I wouldn’t mind that at all.”

Real Housewives of Atlanta Live Viewing – This is also the live viewing thread for tonight’s new episode of season 13, which airs at 8/7c on Bravo. Feel free to share your comments in our chat below.