Home Real Housewives of Potomac News RHOP’s Gizelle Bryant Admits She Left Cynthia Bailey’s Wedding Early Because People Stopped Wearing Masks, Reveals If She Believed Monique Was Being Genuine During Her Conversation With Her Pastor

RHOP’s Gizelle Bryant Admits She Left Cynthia Bailey’s Wedding Early Because People Stopped Wearing Masks, Reveals If She Believed Monique Was Being Genuine During Her Conversation With Her Pastor 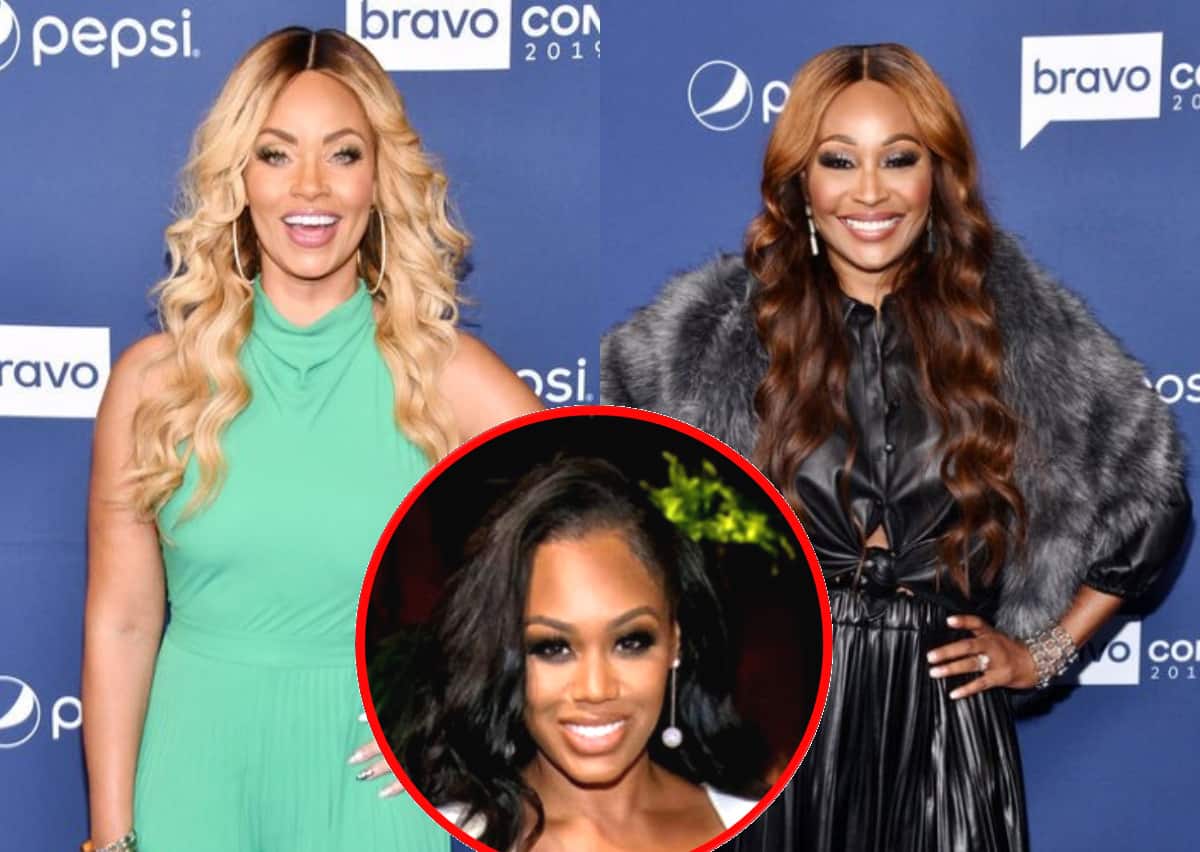 Gizelle Bryant appeared on Sunday’s episode of Watch What Happens Live where she shared some concerning statements regarding the recent wedding of The Real Housewives of Atlanta couple Cynthia Bailey and Mike Hill.

While chatting with host Andy Cohen about the October 10 nuptials, The Real Housewives of Potomac cast member confirmed she made an early exit from Cynthia’s big day once guests’ masks began coming off before sharing her thoughts on Monique Samuels‘ chat with her pastor and Karen Huger‘s marriage issues with husband Ray Huger.

“Were a lot of people wearing masks?” Andy asked on the October 25 episode. “I couldn’t tell and I got a little nervous.”

“I was very nervous too,” Gizelle admitted. “In the beginning, when it first started, absolutely, everybody had either a shield or a mask on. But then people started eating and drinking and that’s when it was chaos, a little bit.”

When Gizelle was then asked about the toasts of the evening, she revealed she saw none.

“I left before the toast happened but Mike Hill’s vows were highly impressive. I left because people started taking their masks off and I just felt very nervous,” she explained.

Later, on the WWHL: After Show, Gizelle said that while she initially connected with Monique’s remorse when she saw her RHOP castmate’s chat with her pastor, she has since had a change of heart.

“That’s why I didn’t understand to this day, Candiace has not received a phone call with an apology, because she seemed like she really wanted to do that. It made me confused, actually,” she shared.

Also during the After Show, Gizelle was asked for her thoughts regarding the season five tension between Karen and Ray.

“Ray is older and I feel like he really wants to live the last part of his life in Florida and I feel like she should let him go to Florida,” Gizelle told Andy. “And then she can meet him there on the weekends. She should allow him to live out what he wants to do. He’s at the last stages of life.”