Home Real Housewives of Potomac News VIDEO: Another Brawl Breaks Out in RHOP Midseason Trailer! Plus Ashley and Gizelle Struggle With Previously Unfaithful Husbands, Wendy and Karen Battle it Out, and Ladies Pick Sides in Aftermath of Candiace and Monique’s Fight

VIDEO: Another Brawl Breaks Out in RHOP Midseason Trailer! Plus Ashley and Gizelle Struggle With Previously Unfaithful Husbands, Wendy and Karen Battle it Out, and Ladies Pick Sides in Aftermath of Candiace and Monique’s Fight 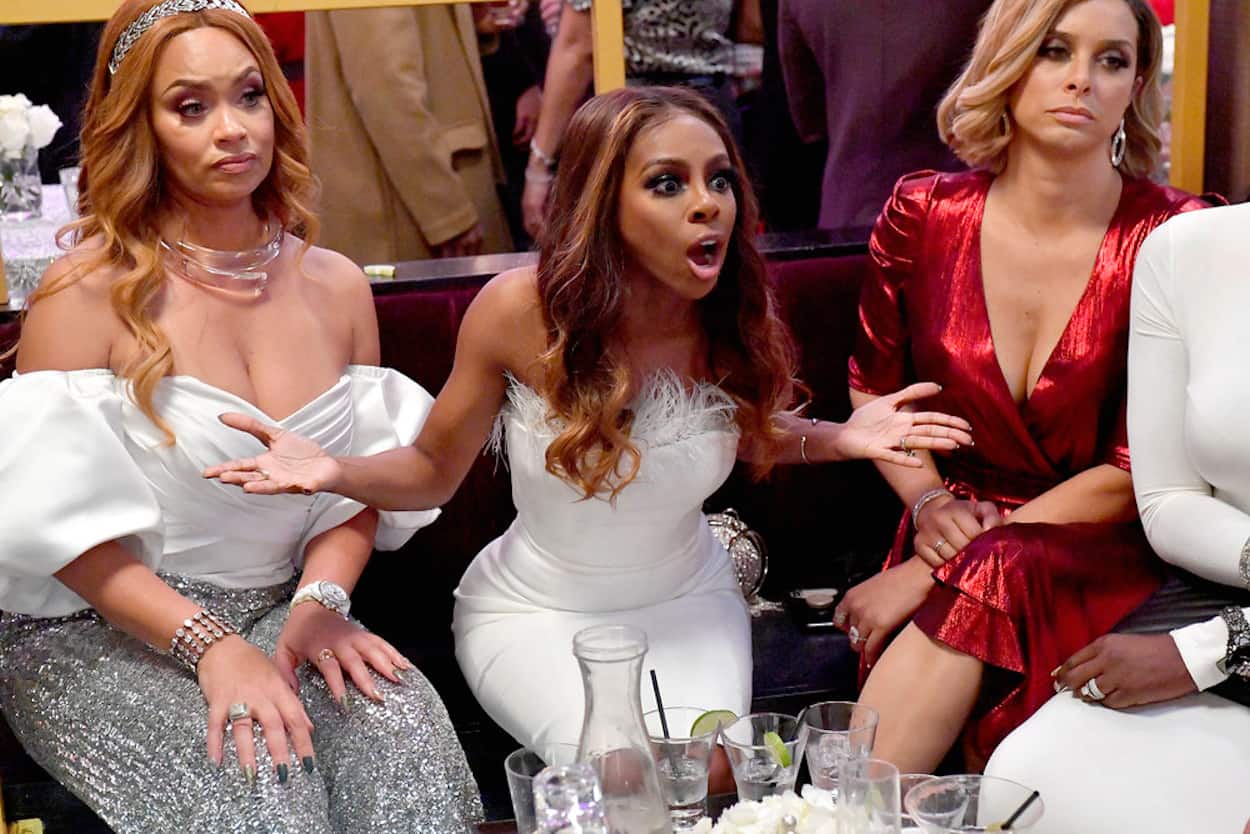 The Real Housewives of Potomac drama already hit a high last week with the fiery showdown between Monique Samuels and Candiace Dillard-Bassett. As it turns out, there’s still a lot more excitement this season including another brawn involving the men, and as Gizelle Bryant exclaims at the end of the midseason trailer, the drama just “can’t stop, won’t stop.”

As the trailer begins, the ladies hit Portugal for their cast trip  as plenty of colorful, stylish, fun-filled times seem to take place.

Tensions arise, however, as cheating husbands‘ pasts begin to rear their ugly heads and certain wives get flustered.

We see a clip of Ashley Darby and husband Michael Darby in therapy as they discuss his past indiscretions and then cut to Ashley on the Portugal trip, crying over not being able to get a hold of her hubby.

Gizelle also faces a lost connection with ex-husband and current boyfriend Jamal Bryant as he says he “missed” his flight and “tried” to be with her and their daughters. Karen Huger tells Gizelle in another clip to “be cautious” in her relationship as Gizelle’s face is one of disbelief and sadness.

“I was joking,” Karen states, concerning a conversation we haven’t yet seen (but can guess what it’s about).

“I need you to understand what I said because I didn’t interrupt you when you were talking,” Wendy fires back.

The ladies then discuss the altercation that occurred between Monique and Candiace in multiple clips as Candiace’s mother, Dorothy, notes the need to “call the attorney immediately.”

“We don’t want her to go to jail,” Gizelle states of Monique.

The clip then cuts to an emotional Monique crying about the physical fight to her husband, Chris Samuels.

“I am sorry,” Monique states. “It doesn’t matter what she does.”

The real drama erupts toward the end of the clip, however, when Ashley talks to Candiace at a party and says that Monique asked her to “write a statement.”

“You wrote a statement as revenge towards Candiace,” Robyn Dixon responds.

Then, later at the party, it’s not entirely clear who starts the fight, but tensions become heightened and ultimately escalate, causing another event to get out of hand.

“Monique has no self-control, but what do you have?” Ashley barks at Candiace.

“Who are you talking to?” Candiace fires back.

“Michael, you should get the f–k out of my face,” Candiace’s husband Chris Bassett says to Michael, who’s lingering menacingly around him.

Keep up with The Real Housewives of Potomac every Sunday at 9/8c on Bravo.