Home Real Housewives of Potomac News Wendy Osefo Shares Surprising Updates on Relationships With Ashley and T’Challa Since Filming Ended on RHOP Season 5, Plus She Dishes on Drama With Karen Huger

Wendy Osefo Shares Surprising Updates on Relationships With Ashley and T’Challa Since Filming Ended on RHOP Season 5, Plus She Dishes on Drama With Karen Huger 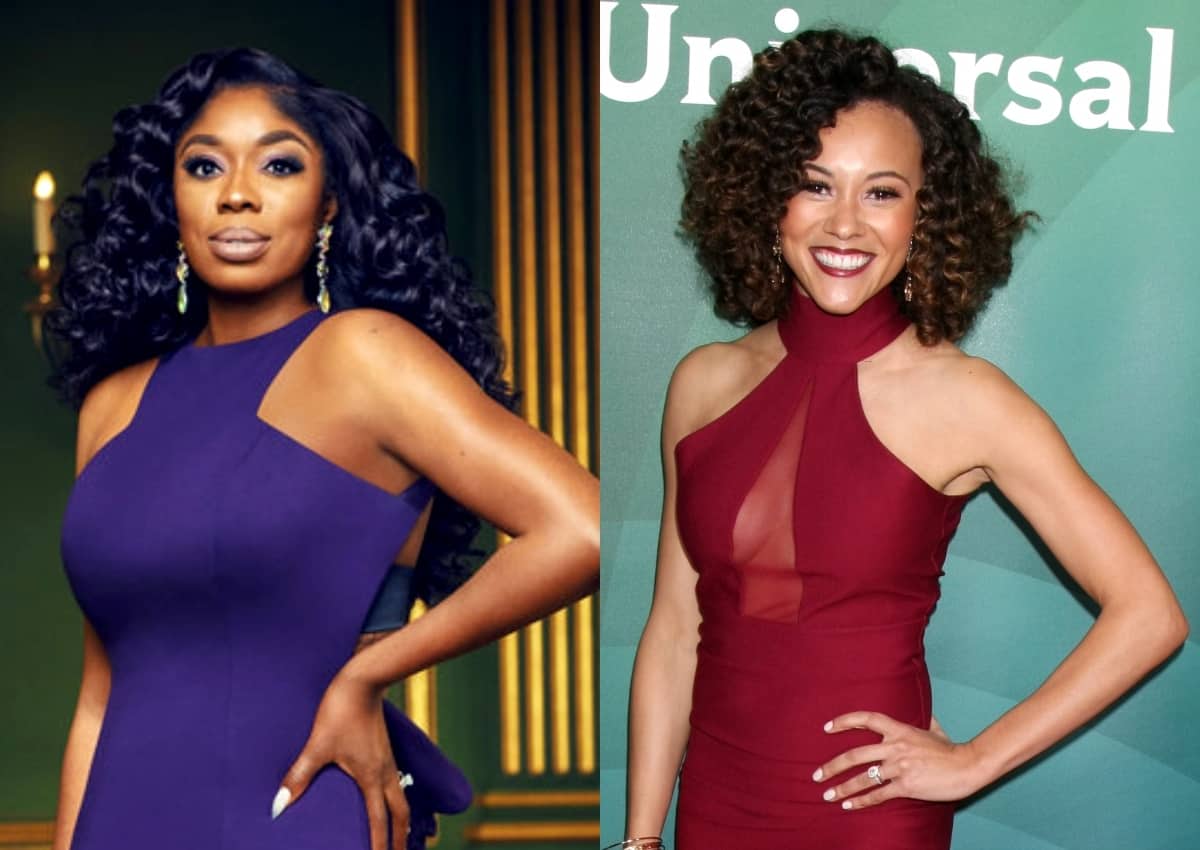 As newfound The Real Housewives of Potomac star Wendy Osefo‘s first season continues to play out, so does some of her newfound drama.

The RHOP newbie spoke out in a series of new interviews about what’s been going down in Potomac, including that thunderous dispute with Ashley Darby on a recent episode.

Wendy confessed to Maria Menounos for her Better Together podcast that she has “talked to all the ladies” since last season wrapped … except for Ashley.

The mother of three also told E! News that her delivery “could have definitely been better,” in terms of how she approached Ashley while on the lake house trip, but that she believed her “points are still valid.”

“Like, we’re both new moms. I never said I was a first-time mom, that was never the argument,” Wendy remarked. “The statement was I’m a new mom, and that’s true. You are a new mom no matter how many times you have children, just like if I buy a car and it’s my second car, it’s still a new car, correct? So I’m a new mom, our kids are two weeks apart and I am just asking for the same courtesy. If one mom is allowed to bring her child, then the other mom should be allowed to bring her child as well, or at least extended the invitation and let the moms decide what they want to do.”

Wendy didn’t just share a bit of drama with the RHOP women — she also had some issues with Monique Samuels‘ beloved bird, T’Challa. Fans got to witness the pet’s dramatic beeline toward Wendy’s face at the lake house during a recent episode.

“My soul jumped out of my body like, ‘Oh my God! Jesus.’ It was bad,” Wendy said during the interview, adding that luckily, there’s no bad blood between them. “Me and T’Challa have actually gotten closer. T’Challa actually followed me on Instagram. I’m still suffering from a little bit of PTSD, so I have not followed T’Challa back, but just give me a week or two and I will follow back.”

When asked how they could move forward, Wendy gave a hopeful outlook. She believed the two could ultimately make things right again.

“I am open to mending the relationship,” she laughed. “T’Challa is all good with me.”

Although the political commentator touched base with (most) of the cast since shooting, that doesn’t mean it’s been all cherry blossoms.

Wendy noted that her relationship with Karen Huger is still “a work in progress,” and pointed out the Grand Dame’s tendency to enjoy the “fanfare” and “attention” in pretending she doesn’t know her…and Wendy still isn’t having it.

“I’m moving forward, I don’t address her, I don’t feel the need to. She has reached out to me several times to hang out with her off-camera. I’m not interested in doing that because I believe in authenticity,” Wendy said on the Better Together podcast. “I believe in not putting on a persona for the fans. So, if your persona for the fans is to be dismissive, or to be rude to me, but then, in real life, you want to be my friend and you want to get to know me, I’m not…I want no parts of that.”

The Real Housewives of Potomac airs on Sundays at 9 p.m. on Bravo.