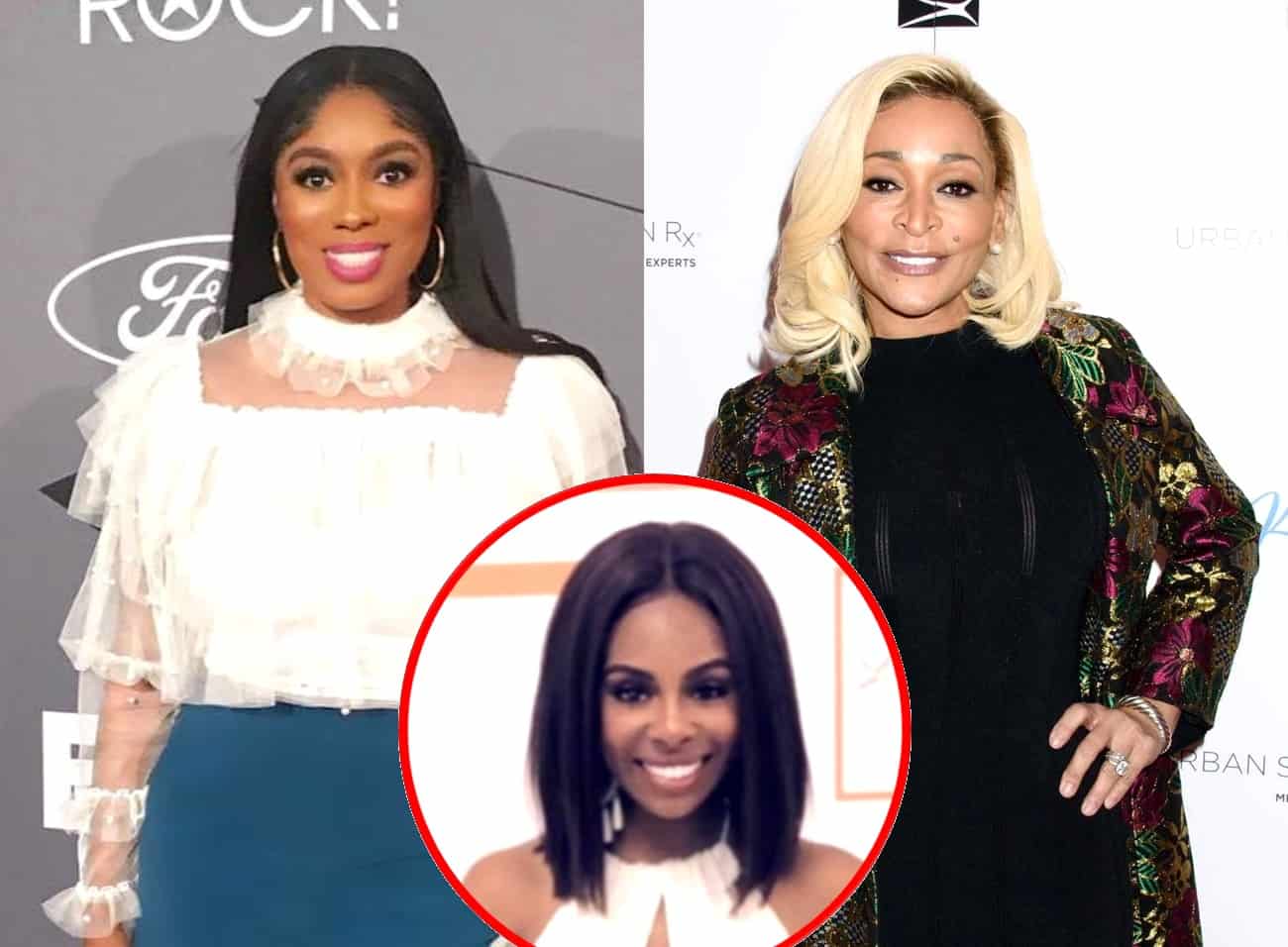 After Karen Huger admitted she was “not impressed” with the new girl, Wendy Osefo, things got a little heated between the two on social media. Now, the Real Housewives of Potomac newcomer is speaking out.

Although the two have already faced some tension, the dust has apparently settled a bit, as Wendy detailed the two having “ups and downs” they can eventually move on from.

“I’ve spoken to Karen since that online feud. Karen actually reached out to me the day that our show premiered and wished me luck and wished me success,” she revealed on The Domenick Nati Show on August 14. “It’s like any relationship, you know, you have your ups and downs with your girlfriends — that’s just how it goes. I like Karen, I think that she’s amazing, but we just have our ups and our downs.”

Although Wendy shared how the two had squashed their beef, some lingering tension seemingly still remains, as Wendy expressed her disappointment that Karen wasn’t as “warm and motherly” as she wanted and expected.

“She was saying that she’s ‘not impressed.’ Right now everyone is just trying to do their best, right? We are in a global pandemic, everyone’s trying to do their best,” she remarked. “For me, doing my best is being a black woman in the current social climate raising black boys who, as we’ve seen, have been a target so many times, and that’s really hard for me. I guess if that’s not impressive to her that’s fine. I said maybe I should do more like sell perfume, like what she does. If you’re not impressed by me just living my life authentically as a black woman, then maybe I need to step it up — I don’t know.”

My favorite part about tonight’s episode of #RHOP ? You all get to meet my family!!!! Tune into @bravotv at 9PM to #MeetTheOsefos

The professor and mother of three also commented on Candiace Dillard-Bassett‘s recent scandal, in which homophobic and transphobic tweets of hers from 10 years ago re-surfaced. Several fans proceeded to drag her while Candiace issued a public apology.

Does Wendy believe the apology to be legitimate?

“I’m big on making sure the people who feel offended are rectified,” Wendy explained. “We see that often when someone makes a racist comment and then you have people are maybe white people saying, ‘Well you know what, that wasn’t offensive.’ It’s not for me to sit here and say whether her apology is a good one. She has to apologize to the LGBTQIA+ community, they have to accept that because that’s the group that was offended. So anything that alienates a group of people, then that’s not a good thing.”

Considering the drama involving Candiace this season with her co-star Monique Samuels, a reconciliation doesn’t look likely. After a raucous fight, legal troubles, and continued social media tension, Wendy wonders if the two will ever make up.

“This is where me and Karen are similar: we want them to. But based on recent interviews, they both seem like they don’t want to, so we can’t force them,” she noted. “They’re grown women, they can make up their minds, so it’s really up to them to see if they want to move past this. But based on what they said recently, they want no parts of each other.”

The Real Housewives of Potomac airs every Sunday at 9 p.m. on Bravo.