Home Real Housewives of Potomac News Candiace Dillard Confirms She Won’t Film Another Season of RHOP With Monique Samuels After Her “Loss of Control,” Accuses Certain Costars of Prepping for Scenes and Claims They’re “Not Authentic,” Plus Live Viewing Thread

Candiace Dillard Confirms She Won’t Film Another Season of RHOP With Monique Samuels After Her “Loss of Control,” Accuses Certain Costars of Prepping for Scenes and Claims They’re “Not Authentic,” Plus Live Viewing Thread 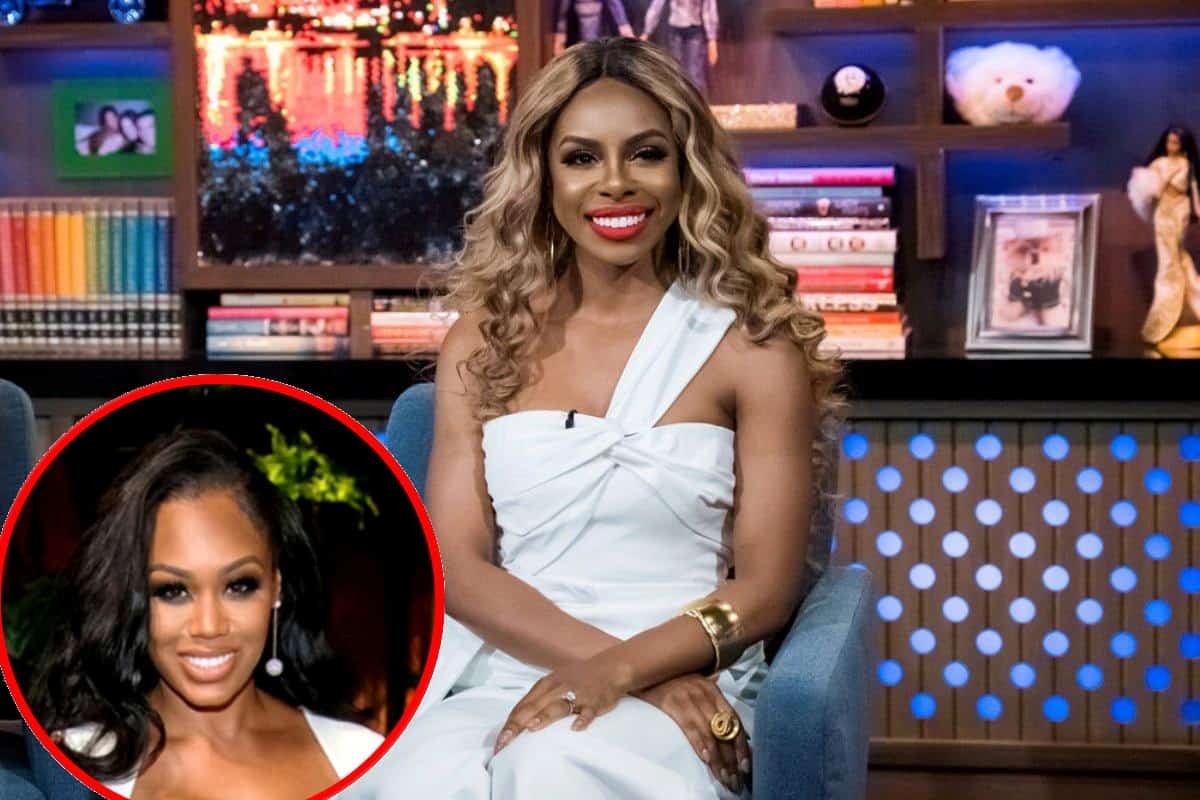 Candiace Dillard is speaking out against the Real Housewives of Potomac cast members who she believes have been less-than-real for the cameras as she also drops a bombshell — vowing to never film another season with co-star Monique Samuels.

Before dishing on her highly-publicized altercation with Monique, which she suggested will lead to either her or Monique’s exit from the series, Candiace accused her co-stars of prepping before scenes and said that some of them are simply “not authentic.”

“There are [people who prepare],” Candiace confirmed during an August 12 interview on the Reality Life with Kate Casey podcast. “I think there are people on the show that are not authentic. I think certain people bring a persona they think everyone believes about them and who they are.”

According to Candiace, there is a lot that happens before scenes are filmed that she “can’t really explain.”

“Someone can be one way before the cameras go up, and then the cameras come up and suddenly they are on,” she shared. “They are giving what you want to see of them. We know as the cast because we have seen you at your house before cameras arrive and go up who you actually are. I think you see that this season with certain members of the cast. You see their true colors start to shine through.”

When Kate questioned Candiace about why there has been so much attention on her series’ fifth season, she admitted to believing it is her fight with Monique that has generated additional interest from fans.

“I honestly believe that it was the loss of control by Monique,” Candiace explained. “That really gave the show more headlines. People were intrigued by someone who appears to be so contained, put together, poised get to the point where Candiace is pressing charges.”

Following Candiace and Monique’s altercation last year, both women pressed charges against one another. So, when it comes to their future on RHOP, one of them may need to move on, especially now that Candiace is refusing to film any more seasons with her co-star.

Candiace’s comments are rather interesting as Monique has recently stated she has no plans to exit the show.