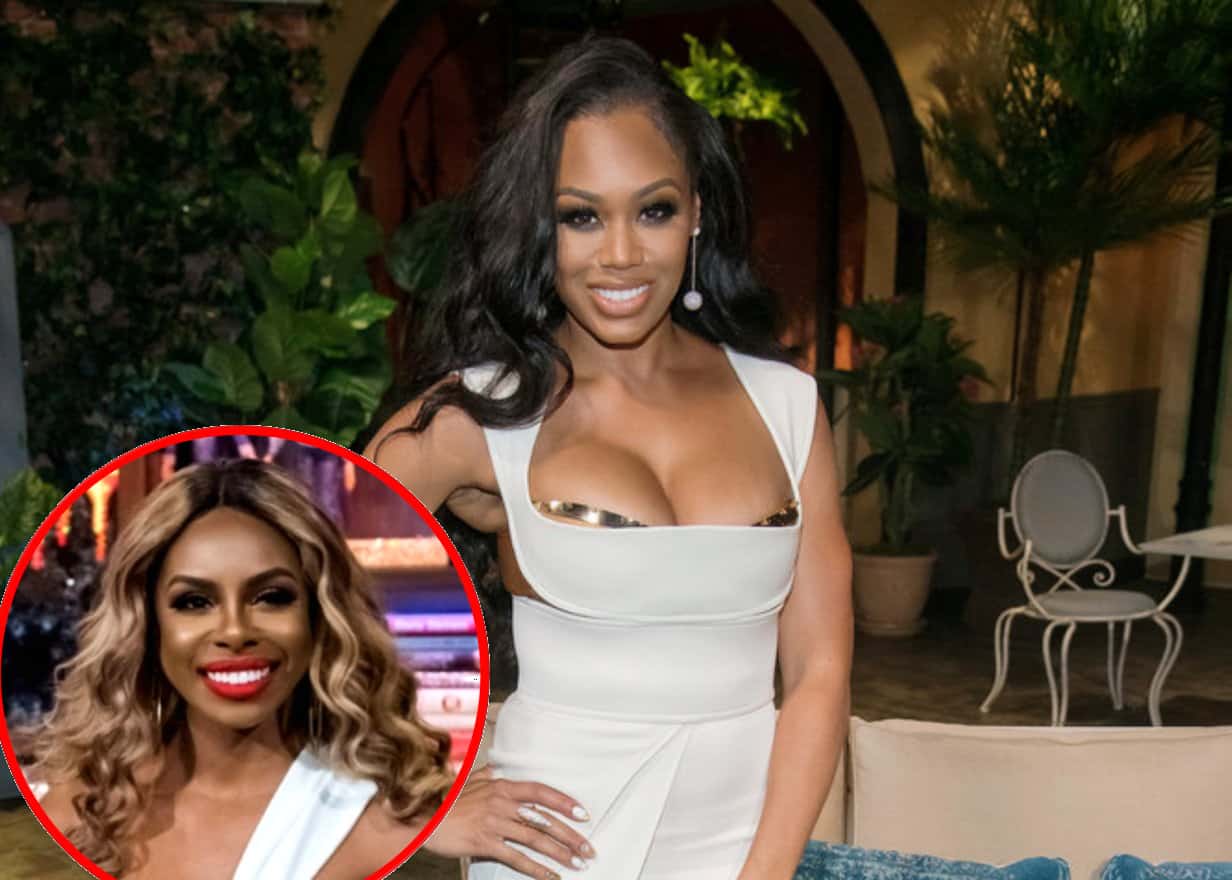 After a nasty feud that’s played out on and off-screen this season between Monique Samuels and Candiace Dillard-Bassett, fans are wondering … will Monique come back to The Real Housewives of Potomac?

In the fiery season 5 trailer, viewers got a glimpse of the breakdown of the group due to the fight between Candiace and Monique. As cast members Gizelle Bryant and Karen Huger discuss the severity of the situation, Monique tearfully confesses to the women, “Then maybe I don’t need to be a part of this anymore.”

So is Monique’s tenure on the show coming to an end?

“I’m not going anywhere,” Monique told Distractify during a recent interview. “I can confirm that I am here to stay unless Bravo asks me to leave, which they haven’t, so I’m here.”

While her on-screen brawl with Candiace isn’t deterring her from making a RHOP return, the reality star admitted that her eventual departure may take place due to her family’s needs.

“I just kind of take it season by season. If I have the green light to move forward, and if me and my family are still comfortable and we feel like we want to keep sharing our story as a family unit,” she said. “Our family comes first.”

The 36-year-old “Drag Queens” singer continued by sharing that she’s “anxious” about what the viewers will think once they see how everything with Candiace unfolds, noting her commitment to keeping her lips sealed beyond the show.

“I pretty much stayed silent the entire time. I didn’t want to give away too much information, because, at the end of the day, we were filming,” she stated. “There’s like a fine line between reality and doing my job. And me doing my job was not to speak on it.”

The mother of three also revealed that she’s on good terms with Karen and Ashley Darby, but Gizelle is somewhat of a different story.

Although she and Candiace had a major clash on the show, some time has passed and the legal charges the two initially brought to each other were dropped at the tail end of 2019. Is there any chance for a reconciliation?

“Right now the relationship is nonexistent,” Monique confessed. “I do not talk to her. Yes, it was a terrible situation, but it also helped me to grow as a person, recognizing what my attributes are and just ensuring something like that will never happen again.”