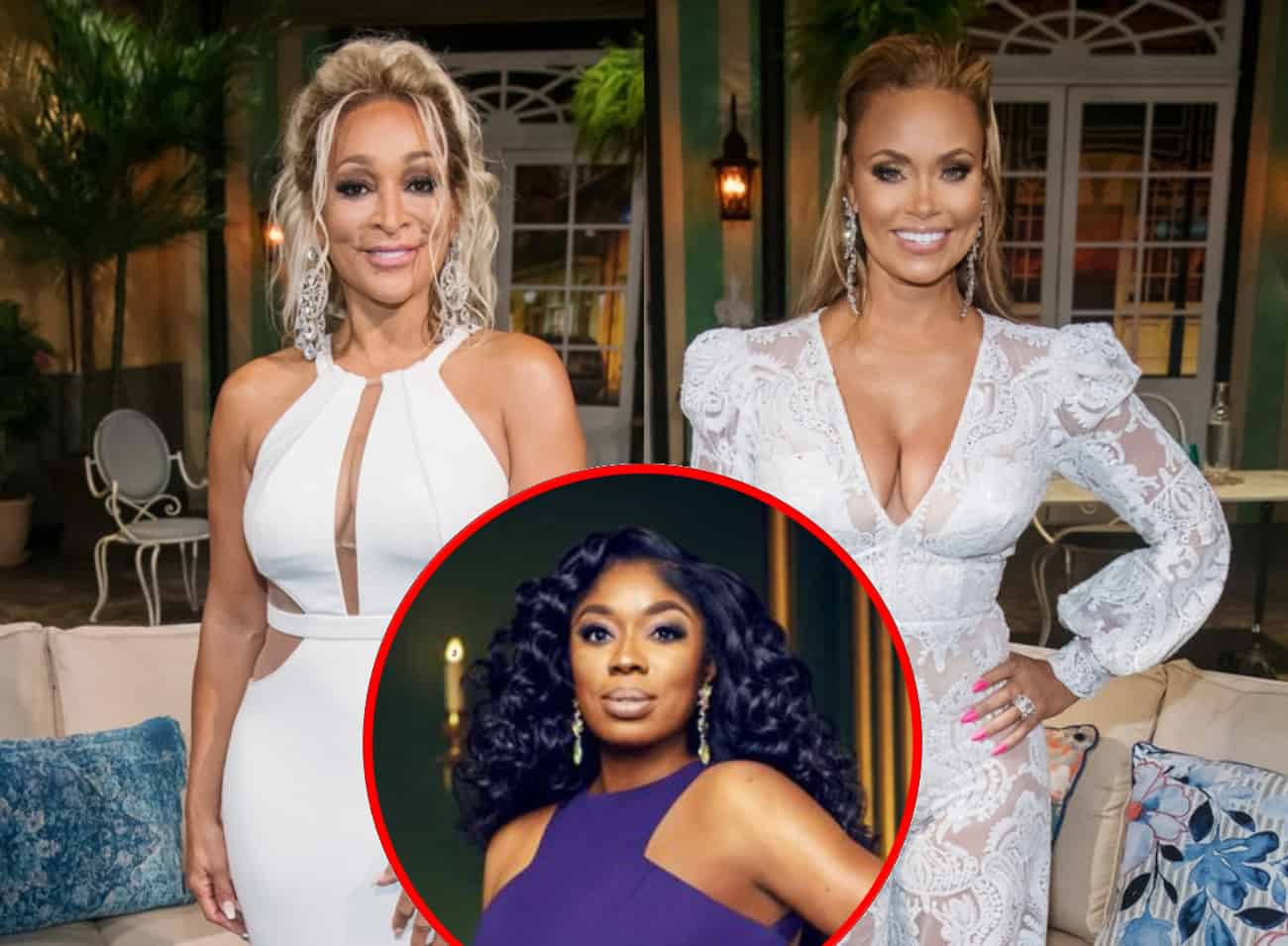 Karen Huger took aim at Gizelle Bryant and Wendy Osefo on Twitter following the season five premiere of The Real Housewives of Potomac on Sunday night.

After first slamming Gizelle for constantly targeting her castmates with “twisted lies,” Karen engaged in a social media feud with the newest member of the cast after telling her fans and followers she was “not impressed” with Wendy’s behavior and prompting Wendy to respond.

“Gizelle-S1 you drag Charrise and her family . Then Ashley’s and her’s. Next you attempt to drag me and mine. Then Candiace. Now you’ve moved on to Monique and her’s with your twisted lies. Shame on you. You’re incapable oh truly being happy for most of your #RHOPWatchParty,” Karen tweeted on August 3. 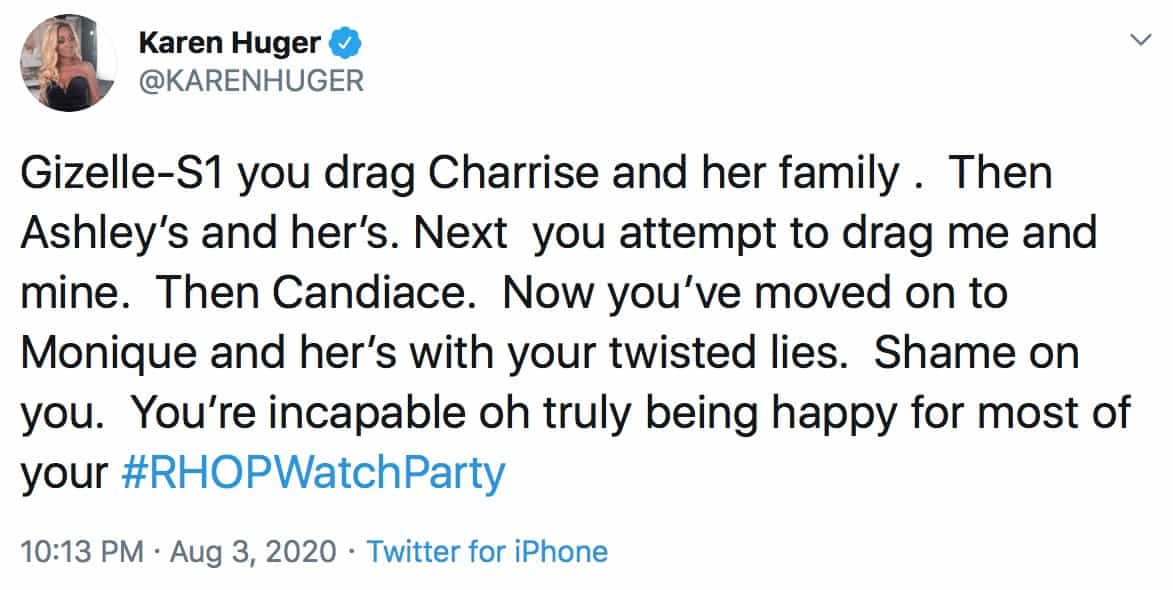 Next, she targeted Wendy.

“What do you mean. I act like I’ve never met you. I just said hello to you at Candice’s party last night,” Karen wrote. “I met you briefly on the carpet and heard your voice a few times during phone conversations when we briefly served on the same board. So far [not impressed].”

After seeing what her RHOP castmate had written, Wendy suggested that while there is definitely plenty to be impressed with, she doesn’t expect Karen to realize that.

“I wouldn’t be impressed with a young, educated BLACK woman, raising her young BLACK boys in today’s America if I were you as well,” Wendy replied. “I should stop speaking out against injustices against BLACK people and start selling perfume. It makes sense your name is ‘Karen.'” 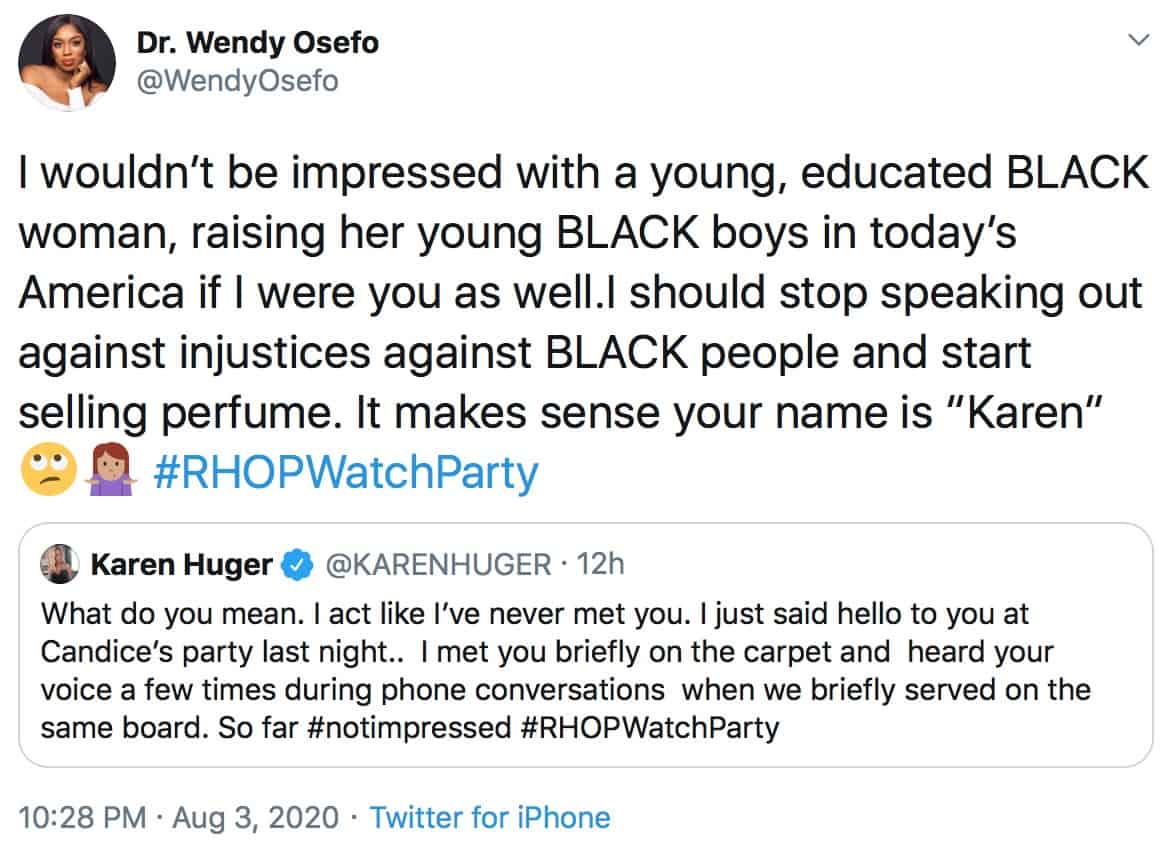 According to Wikipedia, the term “Karen” is used to describe “a woman perceived as entitled or demanding beyond the scope of what is appropriate or necessary” and is typically associated with a “white woman who uses her privilege to demand her own way at the expense of others.”

Despite Wendy’s clap back, Karen returned to Twitter the following morning with one more diss and gave a nod to Wendy’s “Karen” comment.

“My smile at this inappropriate tweet is MY CHOICE. I remain THE KAREN that WE STAN for,” she wrote. “I will not be a part of a campaign to promote hate/division in our country. This gift, I respectfully return to sender unopened. CLEARLY, this one belongs to her and her alone.” 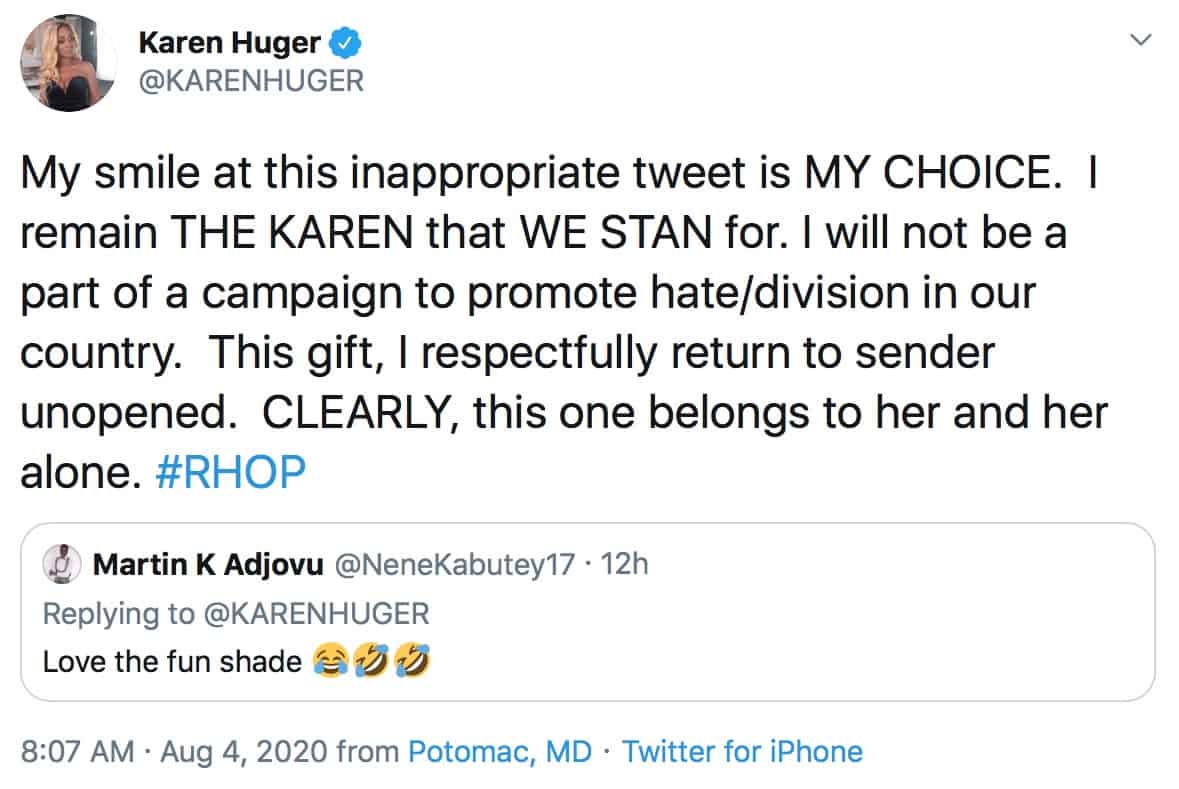