Home Real Housewives of Potomac News Candiace Dillard Reveals Plot to ‘Take Down’ Monique Samuels on RHOP, Shares Which Costars Were Allegedly Involved Along With Producers as Monique and Husband Chris Address Rumors and Gizelle’s Role in Sharing It

Candiace Dillard Reveals Plot to ‘Take Down’ Monique Samuels on RHOP, Shares Which Costars Were Allegedly Involved Along With Producers as Monique and Husband Chris Address Rumors and Gizelle’s Role in Sharing It 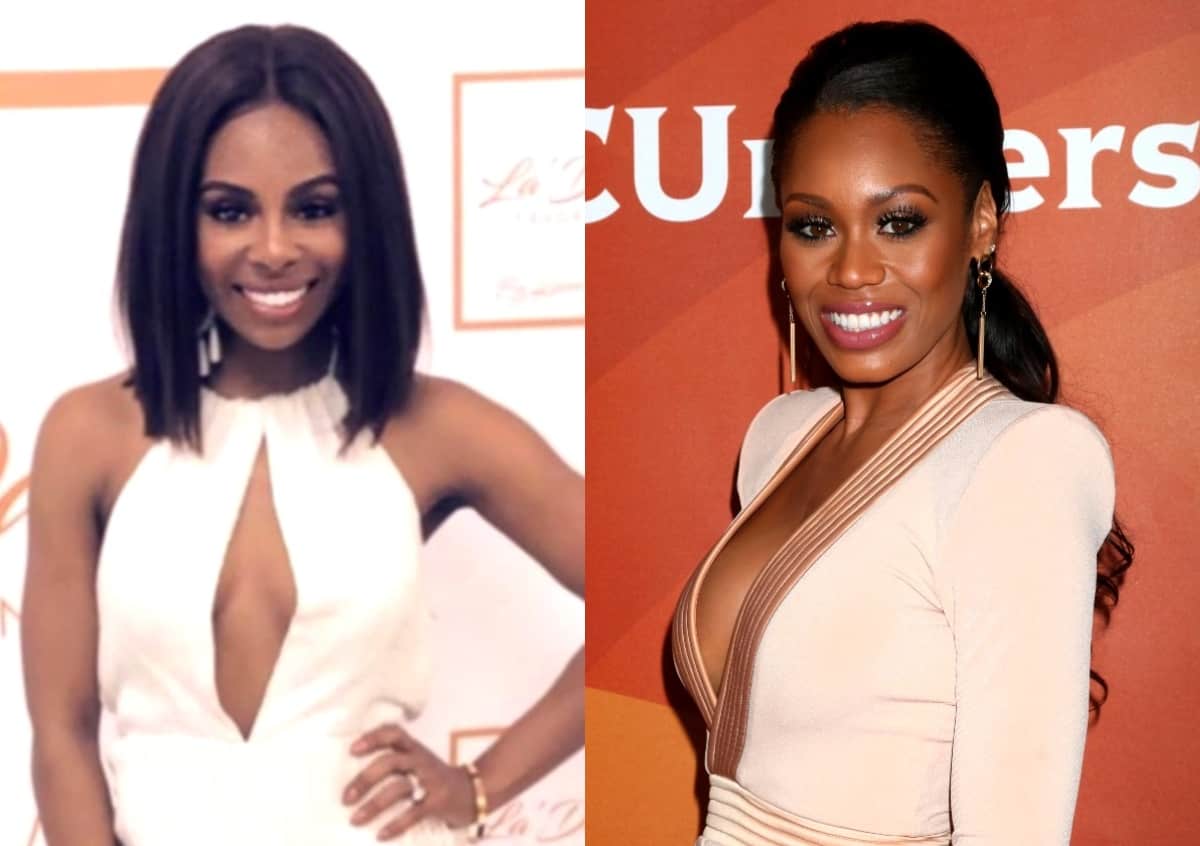 Fans of The Real Housewives of Potomac knew we had some messiness coming, but we may not be prepared for what’s about to head our way.

As season 5 of the show has shown us thus far, former RHOP housewife Charrisse Jackson-Jordan allegedly started a nasty rumor about Monique Samuels, saying she had an affair with her trainer and that her son, Chase, was actually the trainer’s child from that alleged romance.

Now, Candiace Dillard-Bassett is clearing up some some of the talk around the rumors, claiming the affair rumor to be the result of a uniquely crafted “plot” designed to take down Monique.

Candiace explained that she, Gizelle Bryant, Robyn Dixon, and Ashley Darby of the RHOP cast plus some producers went to a restaurant after Andy Cohen‘s baby shower last year and discussed creating the rumor.

“There was a conversation about someone plotting to spread a rumor that Chase was not Chris [Samuels’] baby,” Candiace revealed in the video on August 9 (re-posted by @irealhousewives). “That conversation happened — I was there for it. I never contributed to the conversation. I said that that would never fly, and it should be dropped.”

Candiace also shared how she supposedly informed Monique of the rumor at the time, defending herself against the idea that she had something to do with it.

In response, Monique discussed the talk around the rumors in her own Instagram Live on August 11, in an almost hour-long video she then posted to her main page.

The video’s highlights were re-posted by @omfgrealitytv3, as the mother of three shared how her former friend (who’s not on the show) was the one who went to Charrisse with the rumors about her alleged affair and pregnancy.

Monique then details how Charrisse apparently claimed her miscarriage was an abortion and asked for “receipts” from the producers. Monique also discussed how Charrisse was “trying to get back on the show” and reached out to Candiace to talk about Monique and the rumors, hoping to spread the information further.

The Not For Lazy Moms blogger went on to explain how the producers wanted to bring this information to the show for season 4, but she was hesitant to discuss anything that could hurt her family. She then revealed how Gizelle was essentially the ring leader in trying to bring the rumors to the forefront, initially wanting to share the details at the reunion and then plotting after Andy’s baby shower — as Candiace shared in her video.

“One thing I’m not gonna do is I’m not going to talk about peoples’ kids and I’m not gonna spread lies and rumors,” Monique shared in her video, condemning Gizelle for her part in the matter. “One thing I will not do is tell lies on people. I will not sit back and try to destroy somebody’s family. I just don’t play that, and I don’t appreciate people running around here protesting, talking about ‘Black Lives Matter’ but they sit here and try and destroy a whole black family off of some some reality TV, entertainment BS because they have nothing else to talk about.”