Home Real Housewives of Potomac News Gizelle Bryant Shades the RHOBH Ladies For ‘Fighting Over Nothing’ and Admits RHOP Cast “Couldn’t Get Away With That,” Plus She Shares How She and Ex-Husband Jamal Rekindled Their Romance

Gizelle Bryant Shades the RHOBH Ladies For ‘Fighting Over Nothing’ and Admits RHOP Cast “Couldn’t Get Away With That,” Plus She Shares How She and Ex-Husband Jamal Rekindled Their Romance 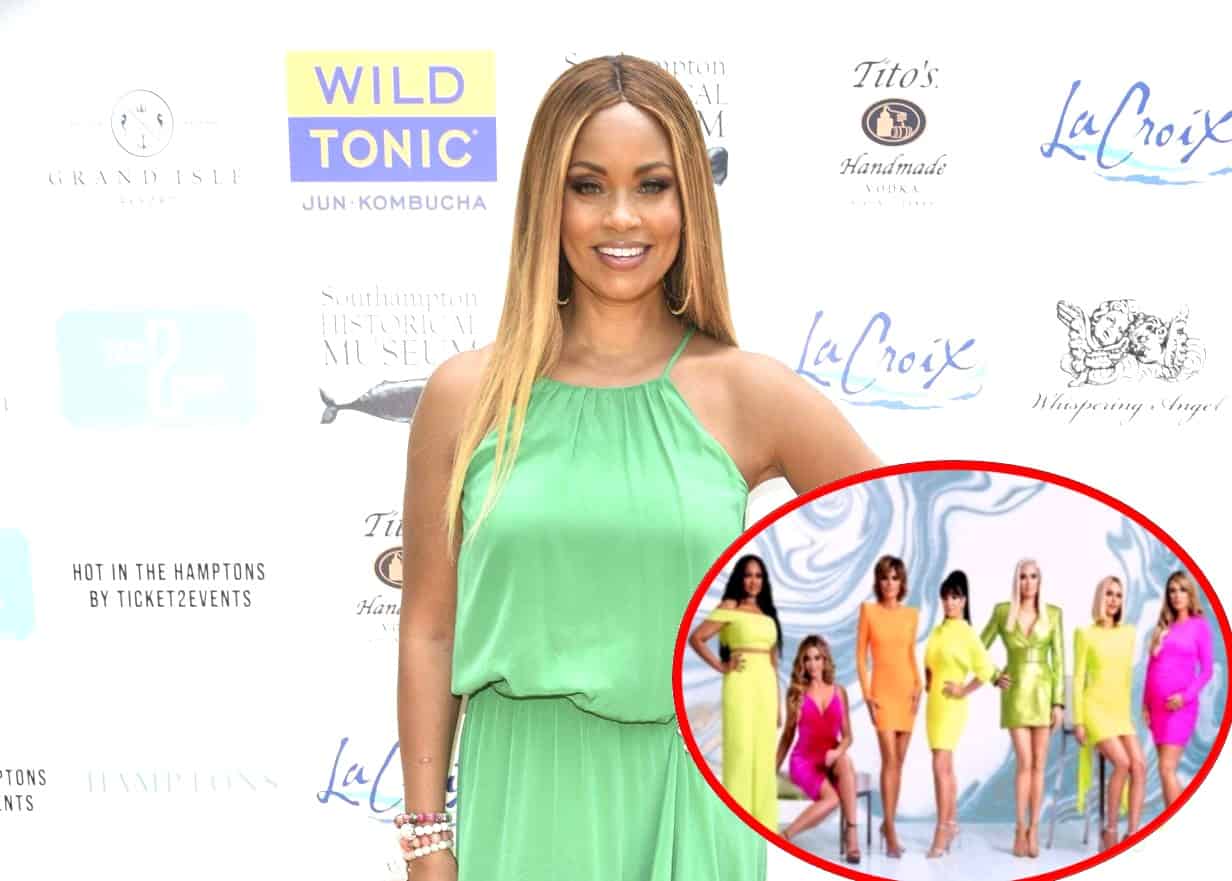 Gizelle Bryant loves the women of The Real Housewives of Beverly Hills, but she’s not particularly in love with their drama (or lack thereof).

In a new interview, the reality star spoke about the RHOBH as it compares to The Real Housewives of Potomac. Plus, she revealed what made her come back to ex Jamal Bryant.

On the August 26 episode of Give Them Lala … And Randall podcast, Gizelle talked about what podcast host and Vanderpump Rules star Lala Kent called the “real s–t” of RHOP. From Karen and husband Ray Huger‘s tax issues to Michael Darby‘s dismissed sexual assault charges to Candiace Dillard-Basset‘s fraught relationship with her mother, RHOP is definitely filled with some “real s–t.”

“I feel like Beverly Hills, you know, I love those ladies. I think that they are funny and they are dripping in diamonds and pearls,” she remarked. “I love it, but they argue over literally nothing. Like … zero. Whereas we couldn’t get away with that if our life depended on it. There’s no way.”

The EveryHue Beauty entrepreneur couldn’t leave the conversation without divulging some details about her and ex-husband Jamal’s newfound reconciliation, considering how it’s being featured this season.

Gizelle noted that, although the two had been separated for 12 years, they still kept in touch to positively co-parent together and were able to grow and evolve on their own. Having reached a better place within themselves, they were then able to come back together — but it wasn’t simply one instance or one night that lead to that decision.

Gizelle added, “Number two, I was listening to an interview with Shaunie O’Neal and Evelyn Lozada from Basketball Wives, and the guy asked them, ‘If you guys got locked up in jail and you had one call, who would you call to get you out?’ And both of them said their ex-husbands and I was like … Jamal! There’s nobody but Jamal to get me out of jail because I know he will die to protect me and to take care of me and to make sure that I’m good.”

The 49-year-old went on to share how much the rekindling “just [made] sense” because “the love [was] still there.” She also noted how the two started attending counseling together to really go all in as maturely and genuinely as they could.