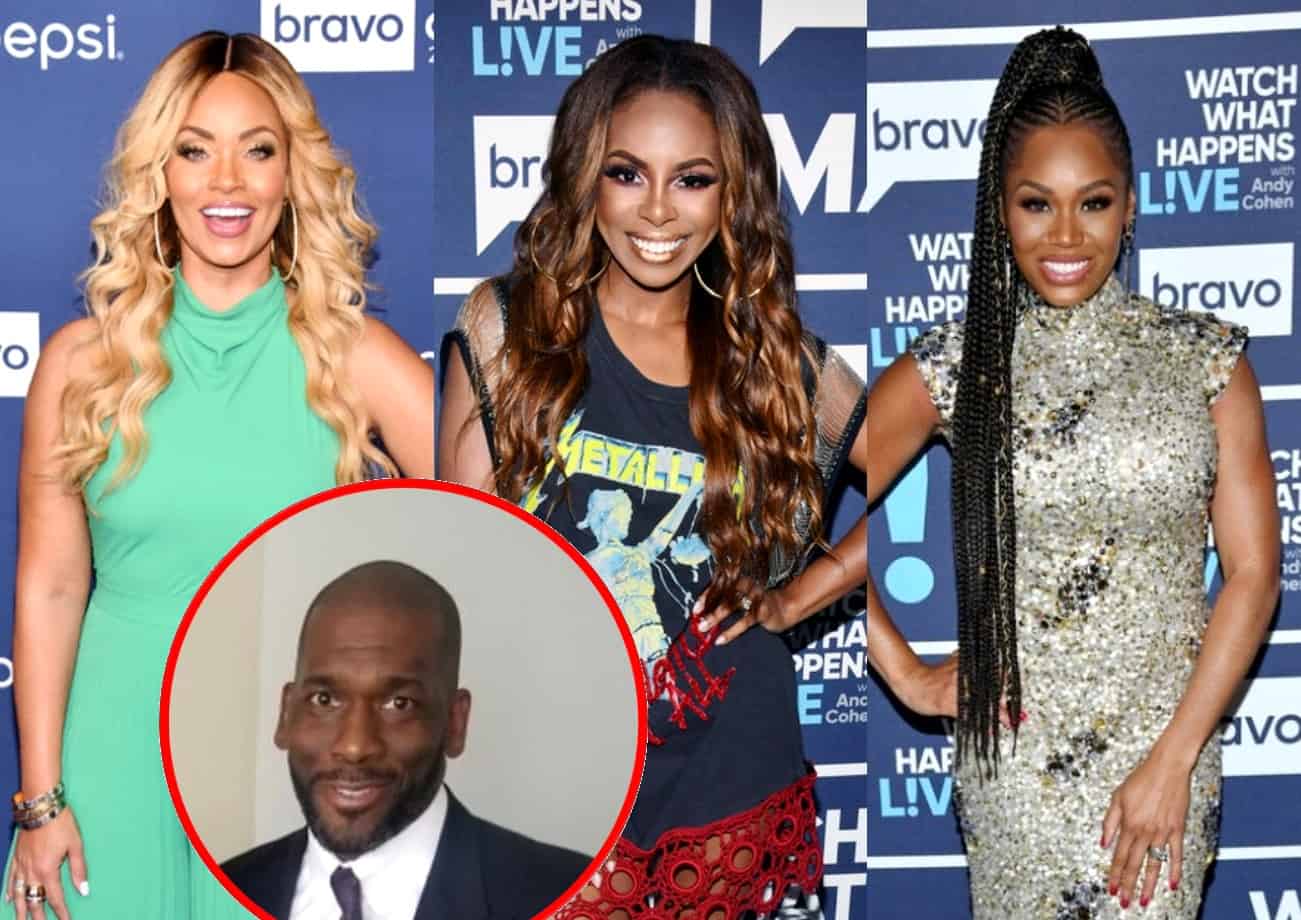 The Real Housewives of Potomac star Gizelle Bryant is dishing on the all-new season of the show.

RHOP is not a franchise to shy away from confrontation, but this season teases an especially heated one between Monique Samuels and Candiace Dillard-Bassett, causing many of the women to be concerned for their portrayal.

“We can all see what’s going on with Black Lives Matter and the change in the culture that Black women are viewed a certain way, and I never want to be in a situation — as far as this platform is concerned — and viewed in a way that is animalistic or violent,” Gizelle told Entertainment Tonight.

The reality star said that she and her cohort didn’t think this kind of altercation would happen on their show, but she noted a kind of “beauty” to the situation in terms of how it propelled the women forward.

“It allowed us to have deep conversations and true conversations about how we feel we’re portraying ourselves to the world and what we’re OK with and what we’re not OK with,” she revealed. “I think it opens the door for us to have real conversations all the time, which is what we’ve been wanting to do. Now is the time for it more than ever. So, because we are educated, we’re Black, we’re smart, we’re sassy, we’re funny doesn’t mean that we can’t have those real, deep-rooted conversations, which will help our viewers.”

The season five trailer shows Gizelle, Karen Huger, Robyn Dixon, and Ashley Darby sitting down with Monique to discuss the confrontation as Gizelle tells Monique, “I by no means want to be near you.” A tearful Monique then replies, “Then maybe I don’t need to be a part of this anymore.”

Is their relationship still fraught and do Gizelle’s words still stand?

“I said what I said,” Gizelle noted about the exchange. “I don’t ever not want to be around people based off of the things that they do. But I do want to have a conversation about what you do. You know what Monique does with the rest of the show is on Monique. I don’t hire people, I don’t fire people, so I don’t know whether or not she’s done with us.”

She added, “I do know that she likes to scratch my face out on pictures and you know, this face is way too pretty for all of that. I mean, we are grown women … we are above scratching out faces on pictures, I would think.”

The 49-year-old mother of three also discussed her rekindled relationship with her ex-husband, Jamal Bryant, who she divorced a decade ago after a cheating scandal. The pastor moved to oversee a megachurch in Georgia after their split, and Gizelle maintained on the show that she had no interest in getting back with him. Now, the two are working on moving things forward together.

“I guess over time builds trust, and I felt like it was time to leave the past in the past,” Gizelle said. “You have to keep in mind that in our first season, we had been divorced 10 years. There was no, like, all of a sudden green light, there was nothing blaring, it was just … I guess a feeling and we felt like it was time and we’re still rocking and rolling.”

As far as the skeptics go, Gizelle thinks the speculation that she and Jamal are only together (or faking it) for a storyline on the show is definitely “weird.”

“I mean, it would be one thing if he wasn’t the father of all of my children, but he is and he’s always been in my life,” she stated. “Clout — if I was gonna get with somebody for clout his name would probably be Idris Elba or JAY-Z or, you know, someone like that. Not Jamal Bryant.”

Although Gizelle and Jamal are having a decent go at rekindling their relationship, it’s taken a different toll on their daughters, who are having a bit of trouble navigating their parents as a newfound couple.

“We’ve had very open and honest conversations, ’cause they can read a bunch of stuff on the internet about their dad, about me and about the past, so there’s never, like, secrecy or lies or anything that I want them to be confused about,” she said. “I want us to have an open dialogue. And I also have to keep in mind, they’re teenagers. So, they have their view from a teenage perspective and that is totally fine. I am more than understanding of where they come from. They’re very protective of their mom, as they should be.”

The Real Housewives of Potomac airs Sundays at 9/8c on Bravo.

Shannon Beador Fires Back at Tamra Judge’s ‘Alcoholic’ Claim Against Her, Denies Braunwyn Got a ‘Bad Edit’ on RHOC and Says a ‘Normal” Woma...

RHOC Star Elizabeth Vargas Suggests Braunwyn’s Not Sober Despite Not Drinking, Reveals Why Her Co-Star’s Behavior Was Painful To Watch And Teases “Odd&...

RHOC’s Kelly Dodd Accuses Sean Burke Of Snooping On Her Twitter Page As Photographer Says Images Of Braunwyn Are “Never” In Demand Following Claims Of Being ...

PHOTO: Porsha Williams’ Sister Lauren Shares Picture of Her Mom as Porsha Blasts Trolls For Messing With Her Family, RHOA Star Claims “She Has IdeaR...

VIDEO: Watch RHONJ Season 11 Trailer! Melissa is Accused of Texting Another Man as Jennifer is Called Out on Her Drinking, Plus Joe Gorga Suggests Joe Giudice Put His Mother in Her Grave as Jackie ...