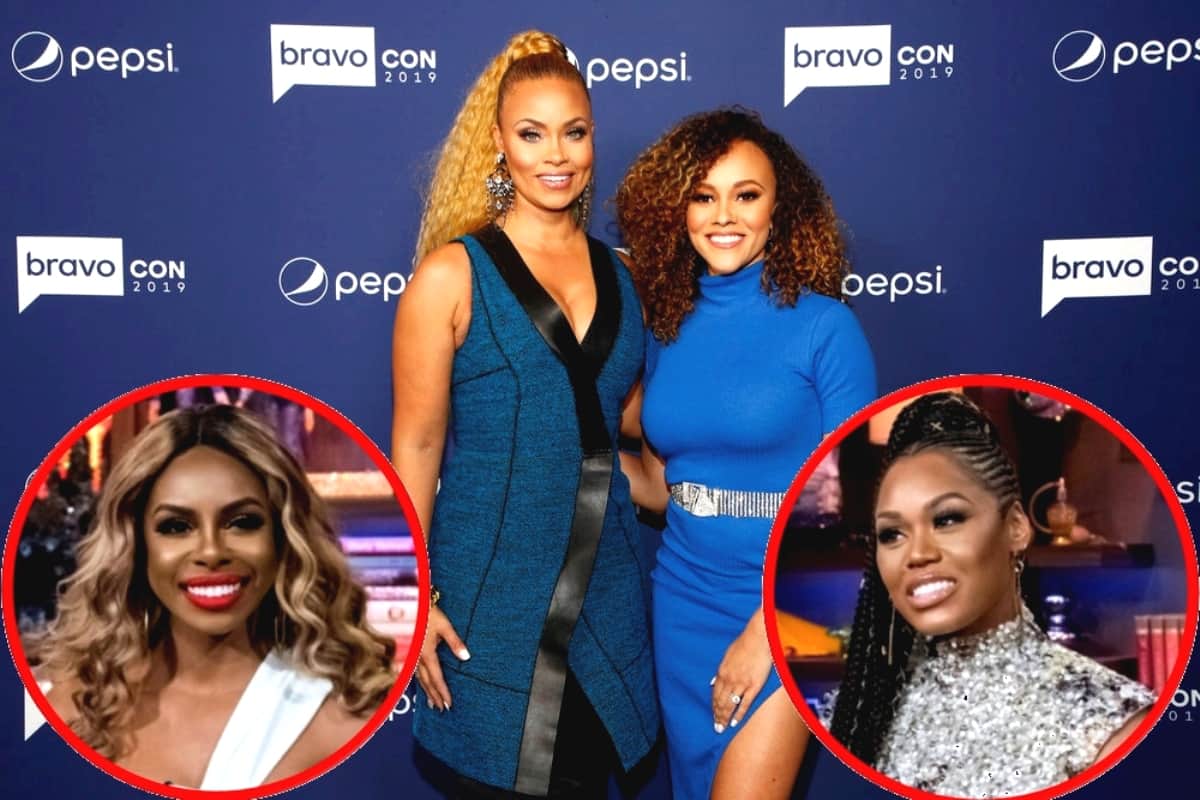 Do Real Housewives of Potomac stars Gizelle Bryant and Ashley Darby approve of their castmates’ recent fight that turned physical?

As was previously reported in October, Potomac housewives Monique Samuels and Candiace Dillard went in on each other during a physical fight while filming for season five. And over the last couple weeks, we’ve learned both of the reality stars involved are facing second-degree assault charges against one another.

Gizelle, who was present during the blow-out, expressed her disappointment in her costars while attending BravoCon this past weekend.

“I was actually there, so I was super duper hurt, I was very sad,” Gizelle told an Entertainment Tonight reporter at the event. “I felt like we’re better than this and this is really, really unnecessary.”

“We are going to see it play out and I’m curious to see how it does play out. But always feel like we, as women, especially as black women, we are better than anything physical,” the reality star added.

As fans have already learned, following the fight that allegedly took place on October 16, Candiace filed a criminal complaint against Monique on November 7. Just days after the mother-of-three was summoned to appear in court on December 23 for a charge of second-degree assault, she served Candiace with a second-degree assault charge.

As was previously reported, news of the fight was shared by Instagram page Realhousewivesfranchise on October 19, alleging that the fight took place while some of the cast was filming at a vineyard. Candiace reportedly threw a drink at Monique, which then led her to allegedly drag Candiace and slam her head against a table.

Potomac housewife Ashley, who was also present at BravoCon this past weekend, weighed in on the volatile event even though she reportedly wasn’t there to witness it.

“And when you see how and why, it’s very — it’s crazy,” Ashley teased. “Obviously I don’t want to see anything go down that’s controversial or physical between my friends, but it is what it is, and the way that it happened, unfortunately I didn’t see everything in the way it happened, so I don’t know all the details.”

Ashley also admitted that, just like all of us, she’s anxious to see how the drama between Monique and Candiace all plays out. “I am going to be, like glued to my TV, ‘What happened?!'”

However, Gizelle added that the truth will come out  “in a very nice way.”