PHOTO: RHOP Cast Begins Filming Their New Season! Plus See Which Former Cast Member May Be Returning in Season 5 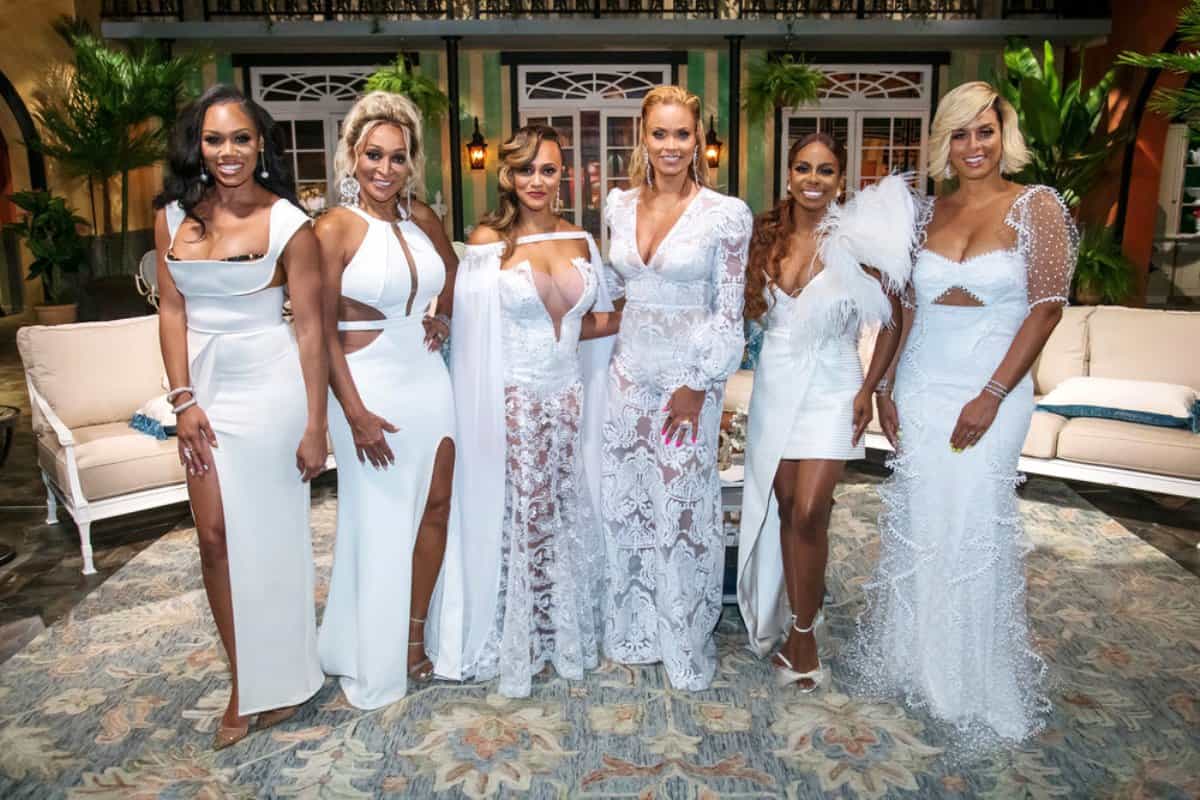 The Real Housewives of Potomac cast are already getting in front of cameras to film season five. See a photo from filming below plus the former housewife that was spotted hanging out with the cast.

While fans are still tuning in to see the drama on RHOP’s season four reunion episodes, the cast is already gearing up to film season five! And viewers may or may not be excited to hear about a former housewife that is potentially reprising her role on the show.

RHOP fan page TheTeaofPotomac released a photo on Sunday showing much of the cast at what appeared to be Candiace Dillard and her husband Chris Bassett‘s anniversary party.

In the photo, Gizelle Bryant appears to be whispering something to friend Robyn Dixon and former housewife and “friend” Charrisse Jackson-Jordan as they look on at Candiace dancing sweetly with her husband. Bravo star Monique Samuels is also in the photo smiling politely at the happy couple.

“Looks like the ladies are already filming for season 5 and OG #CharrisseJordan might be back in the mix!” the fan page posted alongside the photo. “She was SPOTTED chatting with #GizelleBryant and #RobynDixon at #CandiaceDillard’s anniversary party recently! [Monique Samuels] was also in attendance, but no [Karen Huger] or [Ashley Darby]. ”

Does this mean that Charrisse will be reprising her “friend” role or housewife status on the show? It’s still unclear. Charrisse appears to still be on good terms with many of the housewives based on the fact that she attended Bravo star Ashley Darby‘s baby shower back in June.

Tune in to part two of the Real Housewives of Potomac reunion that airs this Sunday at 9 P.M. on Bravo TV.