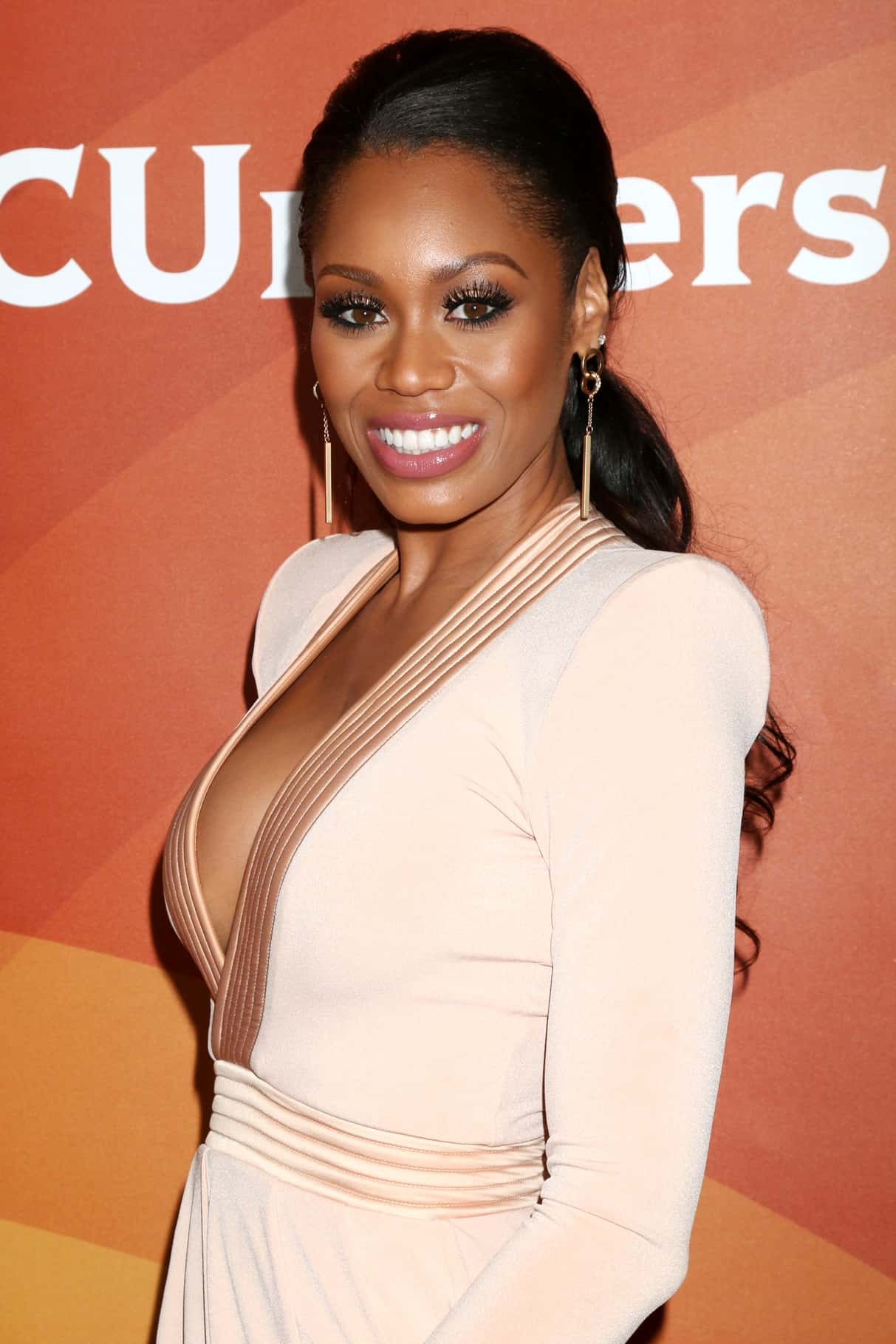 The Real Housewives of Potomac is returning to Bravo tonight and earlier this week, we were lucky enough to talk to one of the show’s stars.

Prior to the show’s premiere, Monique Samuels chatted with Reality Blurb about what fans can expect to see from her and the other women. She also spoke about her relationships with her co-stars, including her season two nemesis Gizelle Bryant and the show’s newest addition Candiace Dillard.

“You’re definitely going to see friendships blossom and then friendships get destroyed. Some of the people that you think are the best and tightest knit friends, we all start having some issues and it’s a bit of an emotional rollercoaster from beginning to end,” Monique teased.

While Monique said she and her co-stars attempted to navigate through the season as grown women who were trying to focus on the things that are truly important in their lives, the idea was overlooked by some.

“Some of us get that and some of us don’t want to get it. Anytime you have that many women in a group, it’s a struggle,” she explained.

Although Monique had one season of the show under her belt going into season three, she quickly realized the value of good help when it comes to her family. Prior to the start of production on season three, Monique had a nanny she thought would be with her long-term. However, the nanny ultimately gave her notice and she was left with no help as she attempted to juggle her life as a working mom and wife.

“At the end of the day, my most important task is to make sure my husband’s good and my kids are good and that they feel my attention,” Monique said. “One thing I never want my kids to feel is that I’m too busy for them. Sometimes in front of them, I have to be energetic — even when I’m tired of have other things to do.”

During her first season of the show, season two, Monique didn’t jive with Gizelle and unfortunately, it doesn’t seem like much has changed between them.

In the end, Monique feels Gizelle should worry about herself.

“People need to focus more on what they have going on,” she noted.

And speaking of worrying about herself, Monique didn’t say much in regard to Karen Huger‘s alleged financial struggles, which will be a hot topic during the season three premiere.

“I don’t know all of her reasons for moving and at the end of the day, whatever excuse or reason she gives me, I’ll respect and accept it because I have my own stuff going on,” she explained. “She’s going to speak her truth. She’s going to give us as much as she thinks she should have and the rest she’ll save for herself and I can not be mad at her for that. She has to do what’s best for her family and her finances the same way I would do for my own.”

As for Candiace, Monique had all good things to say.

“I love Candiace!” she gushed. “She reminds me of my family. From the moment I met her, I was like, ‘Who is this girl? I love her! Where have you been?’ She has great energy. She’s so cute. I’m really excited about her. We clicked immediately.”

In addition to promoting the new season of The Real Housewives of Potomac, Monique is working with several non-profit organizations, including Adoption Together, and has embarked on her third year on the host committee for the Boys and Girls Clubs of America’s annual gala in Washington, D.C.

“One thing I’ve been working on that I’m very proud of is my Not For Lazy Moms website,” she said. “It’s a lifestyle brand website for new generation moms and women who want to be moms. It’s basically our way of trying to figure out, how can we have it all and do it all? Lets share our tips so we can all be better moms.”

On her Not So Lazy Moms podcast, Monique will be chatting alongside her husband, Chris Samuels, and two other co-hosts.

“We’re just talking about everything that most moms, or even parents in general, don’t want to admit they do. We’re just putting it out there. Hopefully someone will listen to it when they are alone and they’ll just laugh so hard because they’ll look at themselves and thing, ‘Oh my gosh I do that to.’ It’s just being real and letting people know that we are all in this together.”

The Real Housewives of Potomac season three premieres this Sunday night, April 1 at 9/8c on Bravo.