RHOA Recap: Cynthia and Mike Fight Over Wedding, Plus Drew and Husband Continue to Butt Heads 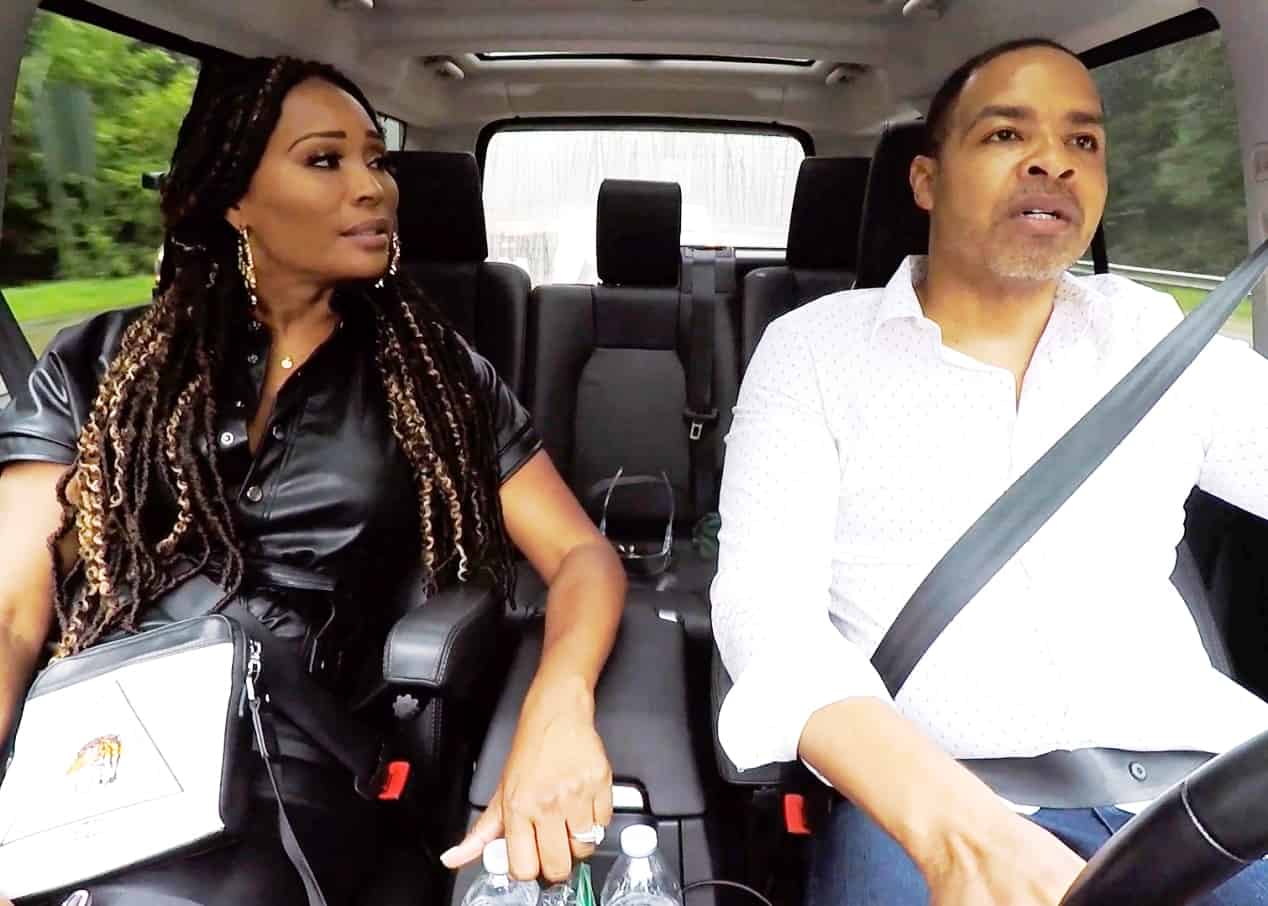 We are back this week for the Real Housewives of Atlanta! What will Porsha do this week to further her fight for social justice, and will Cynthia get her 250+ wedding? Let’s watch it all unfold, shall we?

We are joining Porsha to march again in Kentucky for Breonna Taylor. Porsha isn’t quitting until something is done to get her justice. She reflects on what her grandfather Hosea Williams endured during the Bloody Sunday march from Selma to Montgomery. Porsha was arrested the second time for obstructing a highway and disorderly conduct. She believes they made an example of her making her the last one to be released. Porsha Luther King, keep doing you and standing up for what would surely make your grandfather really proud!

Drew and Ralph are going about their business with their kids after their huge disagreement. They have decided to table it for now. Pastor Jeanette has created a sermon called “Bridle Your Tongue.” Ralph is taking offense to the title and feels like she has embedded his shady deeds into her sermon. Drew is really stuck in the middle between these two strong personalities. There are so many similarities between Kandi, Todd, and Mama Joyce here. I have to say it is REALLY difficult to live with a mother-in-law and I speak from experience. It is even worse when the MIL is a strong personality and very opinionated. I honestly can’t believe they lasted six years.

Kenya gets a visit from her “friend” Latoya. This is such a random pairing for friends and most definitely production influenced since Kenya truly has no friends to speak of. Latoya thinks they are like twins. She is being really shady about Drew’s wig and I don’t agree that it looks like a pet. She calls Drew’s wig “Drewisha.” Kenya can’t believe she has met her match with shade and loves having another mean girlfriend who is also extremely parched. We can’t either, Kenya. I don’t think we can handle the two of you.

Latoya wants to take Kenya’s photo to put on an online dating app. Maybe she should just date Latoya, her nasty twin, since they have so much in common? Sorry, I digress. Kenya wants to leave her wedding ring on in the photos for the dating site. You know those photos are never going to make it to any dating site. Kenya is STILL hoping Marc will change his mind and run back to her. #nevergoingtohappen.

Kandi, Cynthia, and Kenya are meeting up with a trainer. They all have gained weight during COVID. Gosh, my body hurts just watching them work out. Can’t we all relate to this? I do have to give Kenya credit for being honest about her weight gain. That is pretty much all I am willing to give her credit for.

Cynthia is telling the ladies about having a large wedding. She really should be saying that she is asking her friends to risk their lives so she can have ANOTHER big moment to shine. Cynthia and Mike are contemplating a prenuptial agreement. Kandi and Kenya encourage her to get moving on that important detail instead of pushing for an obnoxiously-sized, potentially COVID germ-fest third wedding. Kenya wants to plan her wedding but Cynthia is adamant about doing this big, germy shindig her way.

Porsha, Lauren, and Tanya are getting together and heading to Porsha’s new friend Falynn’s house. I am sorry but I am distracted by Tanya. She is sitting in the back seat of the car and the cameraman is getting a total crotch shot. Close your legs, Tanya! They discuss what has been going on since they haven’t seen each other in a long time. Did Tanya just say that the “BLM protests are just social rights stuff?” Wow, talk about being tone-deaf to what is going on now. Maybe it is because she is from Canada?

Porsha claims she had a rough time with Dennis during quarantine. They started off with lots of sex and eating lots of hot dogs. Porsha has finally recognized that she has no interest in being the Hot Dog Queen of Atlanta. She had to remove him from her social media so we are to assume she is really done with him. Porsha has finally got the hot dog king out of her life. Hopefully, she will make better choices the next time.

They get to thirsty Falynn and her husband Simon’s house and it is beautiful. Does this party remind you of our high school pool parties? When the hookah is brought out there is some discussion about proper size “holes.” In her ITM, Porsha hilariously discusses good and bad WAP. Who knew you can get lost in a bad WAP? I think I just got a bachelor’s degree in science education on WAP! LOL, I love this wacky Porsha!

Tanya throws Porsha and Lauren into the pool. They all end up in the pool and seem to be enjoying themselves. The conversation goes deep while the ladies are sitting in the hot tub. Porsha updates the ladies on what transpired in Kentucky. They discuss the challenges the Black community has endured. Porsha is still optimistic about her activism and her fight for social justice. Good for her, and I am glad she is still being positive about it despite being arrested twice.

Drew and Ralph are moving into a 9,000-square-foot home that is literally around the block. She wants to know more details about the purchase of the house. Ralph is obviously rather controlling since he wants to only give Drew very limited information on the house THEY are buying together. That is not good and they are fighting in front of Mama Jeanette. This relationship is really messy from the get-go and the season has just started.

Drew tells Ralph about finding a good marriage counselor. Ralph already thinks the counselor has a bias against him since she found the counselor. Maybe she wouldn’t be biased if you weren’t disappearing for three days, buddy?

Cynthia, her sister Mal, and Mike are meeting with the venue coordinator. They get the tour of the venue and it is beautiful. They are going to have an aerialist? She at least will be socially distanced! Mal is pushing for the wedding to be at the lake house. All Cynthia cares about is having a big wedding and she thinks a wedding sets the tone for a marriage. I am sure that we can all come up with lots of examples where that is definitely not accurate. She is unhappy her sister isn’t backing up her selfish request to have a wedding for 250 people during COVID??? I applaud her sister for TRYING to make her socially more responsible.

Cynthia is more excited about the wedding than the marriage. She is basically being a spoiled brat, and they aren’t making her come across like an a**hole. Cynthia is doing a good job of that on her own. Mike can’t even wear his face shield correctly when they are on the balcony discussing the wedding. How are we supposed to believe they will be making COVID responsible decisions? That room they showed doesn’t look like it can hold 250 people and socially distance them at the same time.

The car ride on the way home is so uncomfortable. Mike is making some good points about the wedding. Cynthia is contradicting herself big time. Oh boy, Mike is really done with this conversation and he shuts the car camera down. This is not going well. Cynthia might really want to rethink this big fancy wedding during COVID, but we know the Cynthia show must still go on!

Next week, we are still having issues over the wedding and Kenya is misbehaving —  again! If you celebrate, have a Merry Christmas this week!