Home Real Housewives of Atlanta News Kenya Moore Tells Drew Sidora to Get a “Tummy Tuck” After Drew Dissed Her Booty, Claims Drew Lied About Husband Paying for Private Jet and Begged to Be on RHOA as Drew Claps Back

Kenya Moore Tells Drew Sidora to Get a “Tummy Tuck” After Drew Dissed Her Booty, Claims Drew Lied About Husband Paying for Private Jet and Begged to Be on RHOA as Drew Claps Back 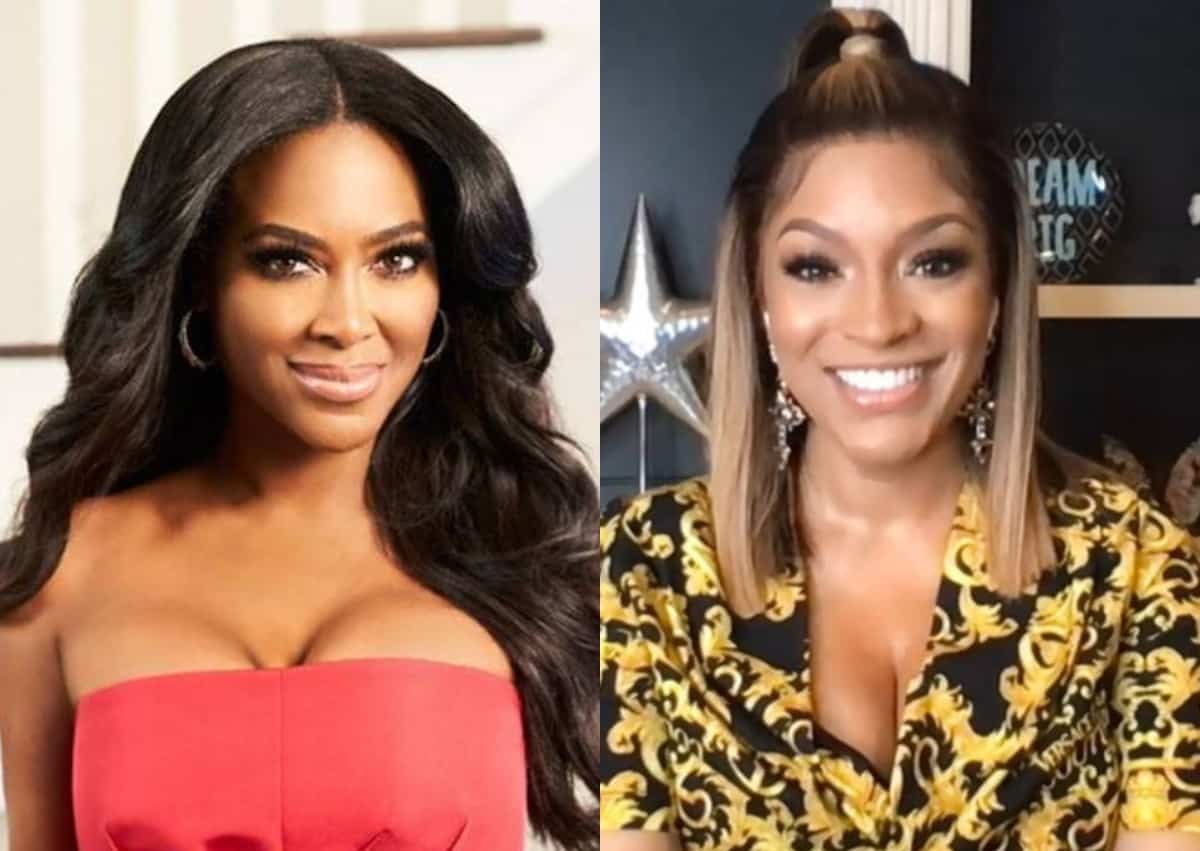 Kenya Moore took aim at Drew Sidora amid the latest episode of The Real Housewives of Atlanta on Sunday night.

As Drew continuously poked Kenya during a girls’ trip in New Orleans by claiming Kenya “paid” for her “booty,” Kenya clapped back at Drew on Twitter while also claiming she begged to be on the show for three years and accusing her and Porsha Williams of using her for a storyline.

On the March 28 episode, Kenya was with her daughter Brooklyn during the trip and Drew decided to have the ladies do a “twerk” contest in order to pick the rooms. Kenya refused and asked for her key, which led to Drew throwing shade at her in her talking head. “You paid for that booty so bounce it,” said Drew about Kenya.

On Twitter, after a fan gave a nod to the moment in which Kenya refused to twerk for a room upgrade, Kenya responded with a dig at Drew’s figure.

“She needs to pay for a tummy tuck,” Kenya replied along with a photo of Drew in a form-fitting dress. 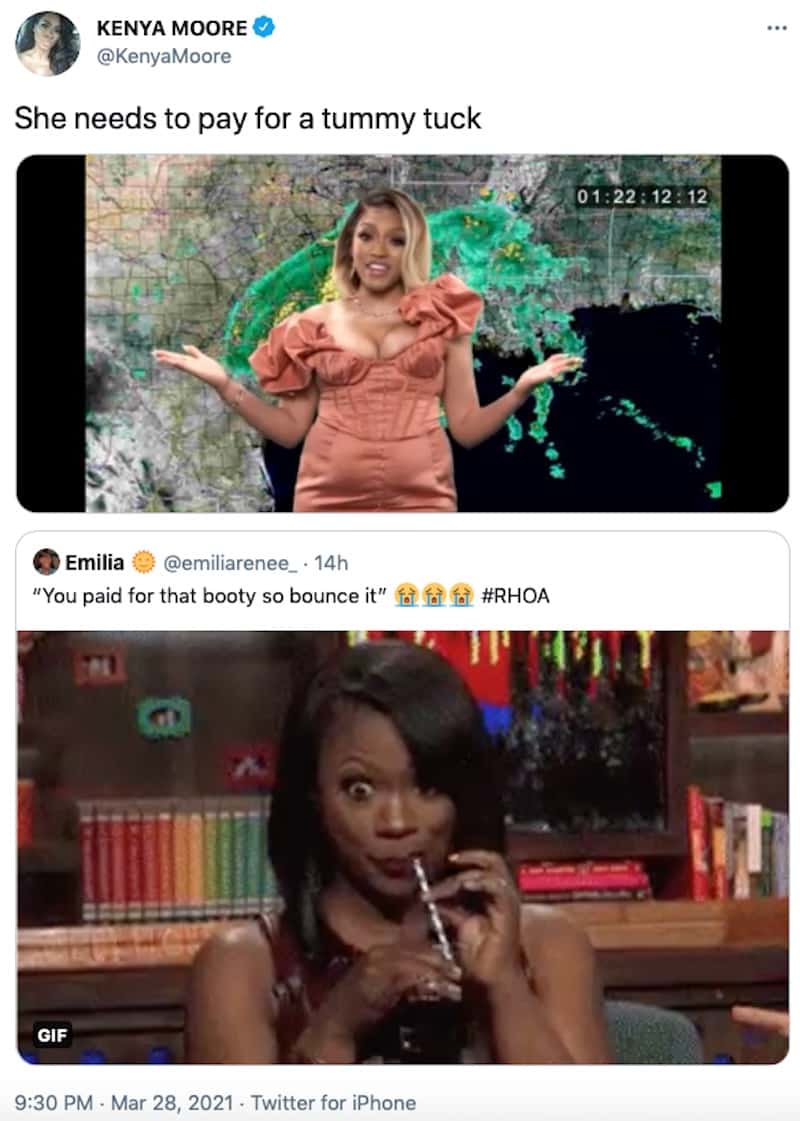 Kenya also clapped back at Drew’s many digs regarding the cast trip she hosted earlier in the season by claiming Drew and her husband, Ralph Pittman Jr., didn’t actually pay for the jet they took to Louisiana.

“I’ve hosted great trips from Mexico, Greece, Miami… I set the bar,” Kenya declared. “Drew has begged to be a [housewife] for [three] years.. while I pay for my own [private jets] and she lies and says it was her husband when it was production. I bow down to no one I am to the prototype.”

Kenya then targeted Drew with a couple of retweets, the first of which accused Drew of ridiculous behavior.

“Drew’s attitude towards Kenya is ridiculous,” a woman had said. “Although [Kenya Moore’s] child looks and is out of place I wouldn’t if I was her twerk for a hotel room while my toddler is watching me.”

In the second retweet, Porsha and Drew were accused of using Kenya for their storylines on RHOA.

“Porsha and Drew need another storyline other than [Kenya Moore]. It’s boring AF,” the tweet read. “Neither of them have a relationship with her so all this reaching is annoying. Speculation talk amongst morons.”

In response to her drama with Kenya on Twitter, Drew reminded her RHOA castmate that she and Ralph recently purchased a new home while shading her for renting a jet.

“We just bought a 1.5 million dollar house and she’s talking about renting a [private jet]!” Drew tweeted along with the hashtag “tired.”