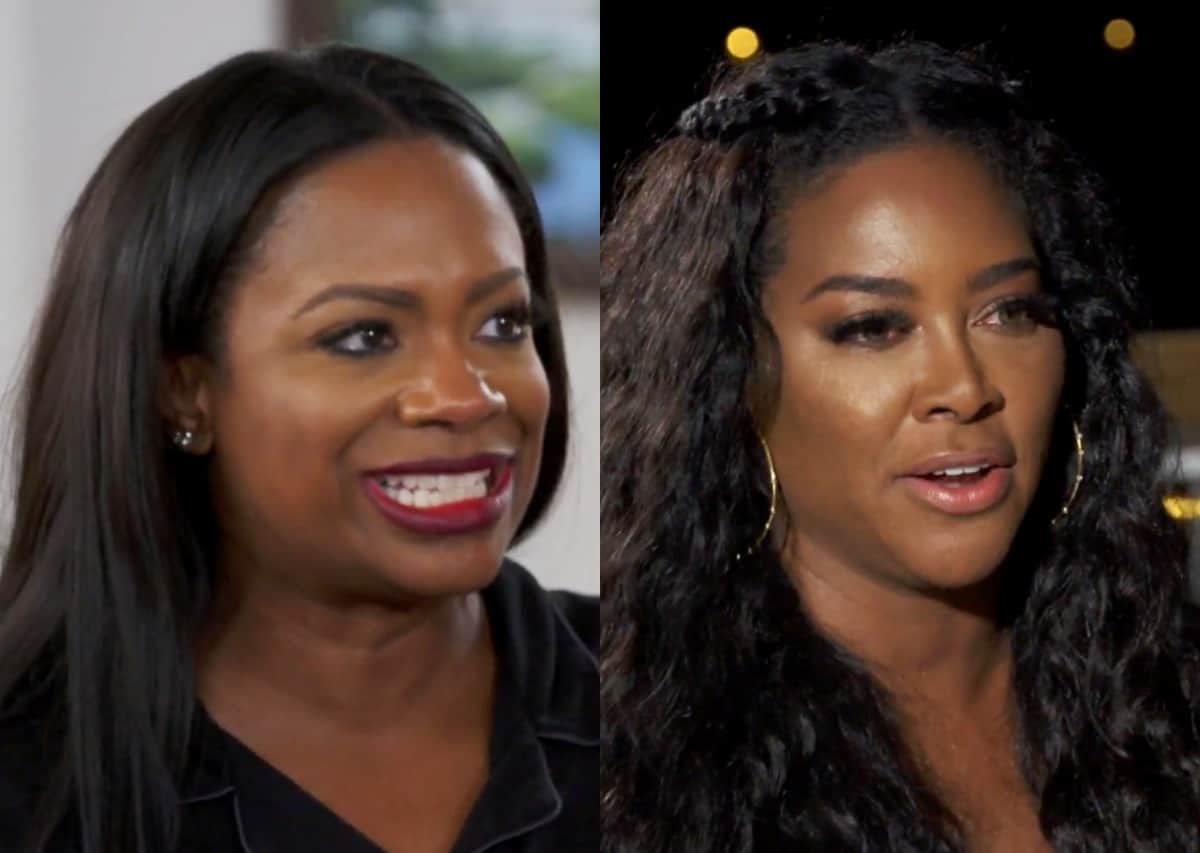 This week on the Real Housewives of Atlanta, will we finally get to see the debauchery that has been teased all season? Let’s watch and see what scandalous antics our Atlanta Housewives can get involved in. Shall we?

I hope everyone had a Happy Valentine’s Day! I must start my blog with a disclaimer that this episode does again disappoint. We still don’t get to the Chanel-clad strippers in the box and the sexy dungeon style party this week. Let’s make the best of it and see what drama they can stir up. Let’s go back to the beach and catch up with our shady peaches!

Marlo isn’t actually leaving since she wants to talk it out. Sorry, but she is still ready and willing to go head to head with the shadiest diva. Kenya has had it with her and there is no love lost between these two rival divas. Marlo hilariously suggests that maybe they should just make love since there is a very fine line between love and hate. I don’t know about you all but this image disturbs me on so many levels!

Cynthia tries to mediate and basically get them to agree to disagree. I am just thankful to hear her talk about something else instead of her super-spreader wedding! Move on until the next dust-up!

Kenya’s idea for a game is to run to your room and go to sleep. She is such a snore. Porsha wants to play some real games, like maybe “never have I ever,” which she played while in jail. Now, it would definitely be entertaining for this group to share deets on what they have never done.

Kandi has to go search for Kenya since she is MIA. Kenya claims she has no one to watch the baby so she isn’t coming down. She is a bit perturbed that the cameras followed Kandi upstairs. Did she forget she is filming a reality show?

Porsha and Kandi think that Kenya is being selfish by not allowing them to bring their babies. They don’t appreciate the double standards. Porsha tries to stir up the group of mamas to recognize the hypocrisy and go against the establishment of Miss Kenya Moore. She is really taking her current platform for social justice to right all of the wrongs that she sees!

Kandi shares that little Blaze has turned into a mama’s girl. She admits she was concerned about bonding with a baby that she didn’t deliver. Kandi has already built a strong connection to her sweet little girl. I can’t believe they are turning in for the night at 10:30 p.m.! I guess they will need to reserve all of their energy for what is to come! Ahem, sorry, I couldn’t resist.

We wake up on day three at the Isle of Palms and the ladies are all checking in with their families at home. Drew calls Ralph and he has already had their house packed up for their move. She is upset since he has basically packed it all up without sharing what is going on. It sounds like they are still struggling with communication issues. Big SIGH!

Porsha is discussing the Breonna Taylor case with Tanya. She is awaiting news to see if the officers will be charged. Porsha is going to be disappointed with this news.

While Cynthia is chatting with Mike, Kandi lets the other ladies know about the dungeon bachelorette party. She has brought some sexy stuff for everyone to wear and $4k in singles to rain down on the strippers. Kandi has the stripper Bolo coming for the big event. This sounds like this is going to be super naughty and I am here for it!

Kandi is giving Kenya grief over the fact that she keeps taking off when she has to take care of Brooklyn. She basically feels like she has been a sh*tty host and starts calling her out on her selfish behavior. Kandi is still hurting over not getting that crab cake sandwich! She thinks that Kenya would have been furious if someone else pulled this on her. Me too — she would have lost her sh*t on that one!

Kenya finally acknowledges that Marc is using little Brooklyn as his last bargaining chip to control her. Yep, and possibly drain as much cash as he can get while he is at it. Marc is going to need startup money for his new reality show venture. Don’t you think?

Kenya admits to losing control of the childcare situation with Marc. She thinks she has no choice in the situation. Kandi relents and will give her a pass since she cried and basically invoked sympathy.

Kenya, who obviously didn’t listen to a damn word from Kandi, proceeds to further ignite the flames. She has to further rub salt in everyone’s wounds by sharing that she had crab cakes the night before. In Porsha’s ITM, she thinks Kenya comes across like Maleficent. Sorry, Porsha, but she isn’t a princess but a Disney Mistress of Evil with a heart of stone. I still see the similarities, though!

LaToya inherits the hosting baton and decides to get the ladies moving and working out. The only problem is who works out while they are sipping on a cocktail? Shamea is really getting her fitness on and taking this seriously. You go, girl! On a more recent note, Miss LaToya has been getting herself in a little hot water with her offensive comments. She better check herself or she will be on the friend chopping block for next season. Fingers crossed!

Drew tells Porsha that she isn’t feeling the vibe that has been going on thus far. She would rather have stayed at home instead of dealing with this bullsh*t drama. Drew doesn’t like fake Kenya. She better get used to it if she wants to be on this franchise. Porsha basically says her relationship with Kenya doesn’t matter. No surprises there!

While awaiting the Breonna Taylor decision, it turns out one officer was indicted for wanton endangerment. The ladies are troubled and are brought to tears over this. Porsha is so emotional and feels like everything she has been fighting for has been for nothing. She is going to keep fighting and move this issue to the next level. The ladies are going to continue getting the message out by simply saying her name: Breonna Taylor. Amen, ladies.

Drew tries to get to know Tanya. She asks about her relationship status. Tanya pretends like she is happy with her current “Life Partner” relationship. Bullsh*t! She thinks Cynthia getting married is akin to a nightmare. Well, it is, but not for the reason you are claiming.

The ladies head out to dinner on a party bus. Drew, who is really distracting me with her gold snake necklace thing, decides on a game of the Realist vs. the Fakest. Super shady move, Ms. Sidora. She is attempting to call Kenya — aka Maleficent — on her disappearing act the night before. Kenya gets annoyed when she gets her chance to take the floor and pontificate. The other ladies dare to place their food orders with the server while they are at a restaurant. Kenya is so obnoxious and just plain intolerable.

Kenya then decides to get pissed over Porsha being on her phone. She wants to have everyone’s rapt attention. Porsha doesn’t want to pull out a tissue and boo-hoo cry with Kenya over her relationship issues. Get over yourself, Ms. Moore! They didn’t put you in the situation you are in and they aren’t responsible to step up and be members of your village!

Shamea decides to lighten the mood and asks all of the ladies to give their fakest laughs. This helps to dispel some of the uncomfortable tension within this group. Thanks, Shamea, for changing things up!

The ladies FINALLY head back to the house. Kandi has gotten the text that Bolo — aka the d*ck in the box  — is back at the beach house. Bolo and his big package have arrived! It seems like we’re finally getting this raunchy party started, but AGAIN, we get another to be continued! UGH, I have to wait another week for the dungeon party? All I can say is, Bravo, this better be worth it to drag us along this many episodes!

Next week, I think, will be the party to end all parties. We can only hope, right? Have a wonderful week and be safe!

TELL US — IS KENYA THE WORST PARTY HOST?