Home Below Deck Mediterranean Hannah Ferrier Claims Captain Sandy Was “Chasing” Her Around Boat, Discusses Her Final Straw With Below Deck Med Captain and Talks Possible Return to Show

Hannah Ferrier Claims Captain Sandy Was “Chasing” Her Around Boat, Discusses Her Final Straw With Below Deck Med Captain and Talks Possible Return to Show 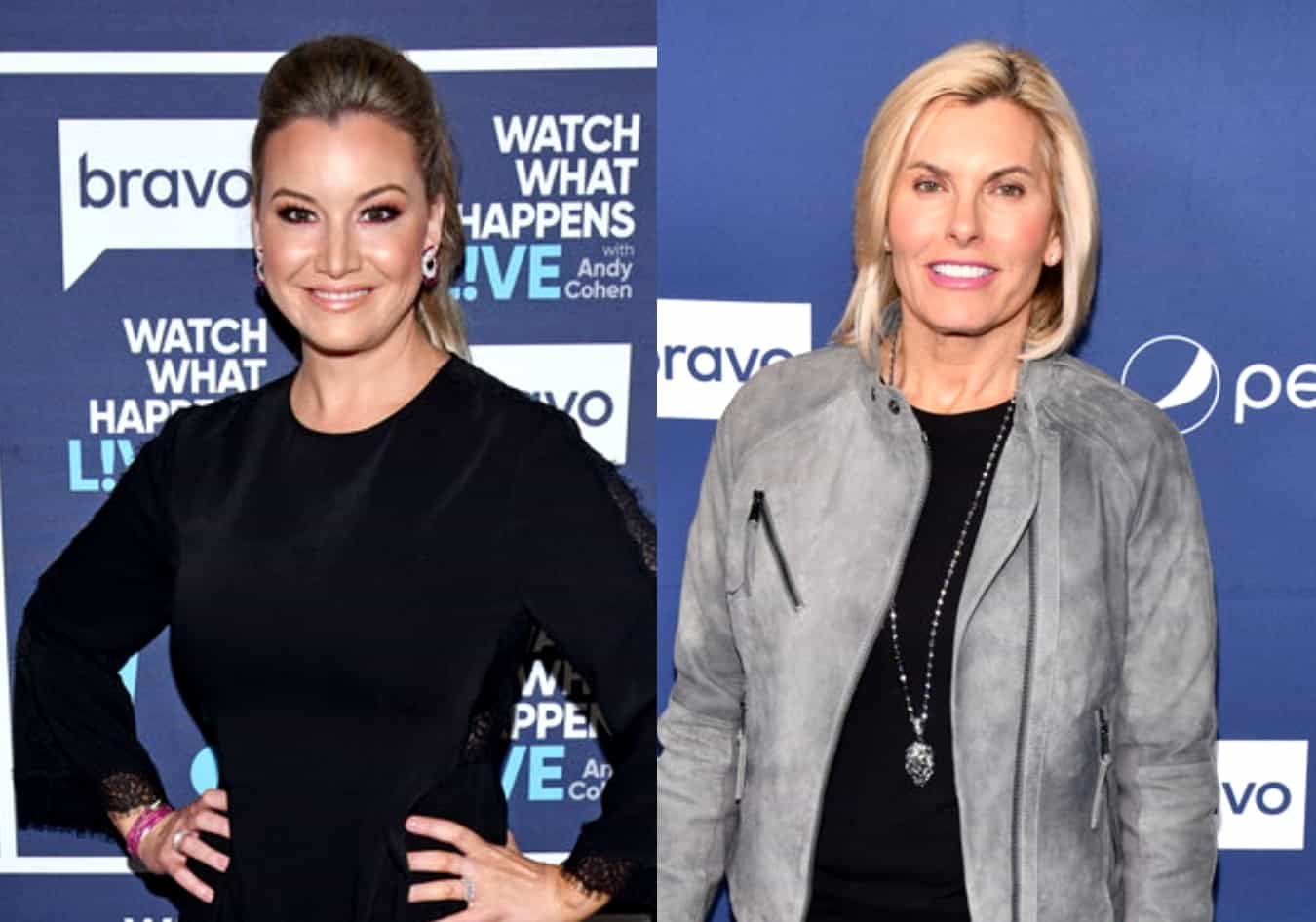 Below Deck Mediterranean alum Hannah Ferrier is finally saying exactly how she feels about her fallout with former longtime boss Captain Sandy Yawn as well as her firing from the show. And she’s not handing out any apologies.

Speaking to Showbiz CheatSheet, Hannah said the beginning of the end of her relationship with Captain Sandy came down to the infamous “one Coke” she had with her charter guests. Viewers will remember that Sandy allowed Hannah to leave the boat to accompany the guests for the amount of time it took to drink one soft drink. However, the guests requested to stay out longer in order to view the sunset. Sandy was furious with how long the excursion took and made no qualms about letting Hannah know it. She went so far as to “chase” Hannah around the boat.

“I think, with Sandy, one night where she was literally chasing me around the boat,” Hannah told Showbiz CheatSheet. “I think it was basically a scenario where I had been off the boat with the guests. And she got really mad at me. Because in yachting if you have the guests off the boat, that’s the best thing you can do for the crew. So I couldn’t quite understand it because I was like, the guests wanted to be off to watch the sunset. I was on the boat with them, making cocktails, making sure they were OK.”

Hannah believes production wanted to get an apology out of her, but the crew member felt she had only done her job and wasn’t about to be coerced into admitting any wrongdoing. However, Sandy’s fury took her completely by surprise.

“…So I think you can even see on my face when I got up to the bridge and she’s like, ‘I’m so f*cking mad at you!’ Like, what is going on?” Hannah said before adding, “And so I think like production, were basically trying to facilitate a scene where we came to terms with each other so that we could continue filming.”

“But I was like, I’m not going to get railroaded into apologizing,” she said.

Things took a final dark turn between the two on the show when Sandy ultimately fired Hannah for having an unregistered Valium prescription. This was a move made possible by castmate Malia White, who texted Sandy photos of the medication. Hannah claims Sandy clearly knew she took medicine for her anxiety, but in turn, she used it as an excuse to terminate her.

“It wasn’t something that was hidden. And it was like obviously, you know, production and Sandy and everyone knew that I had medication,” Hannah said while speaking with the Behind the Velvet Rope with David Yontef podcast.

Captain Sandy said terminating Hannah came “from a place of compassion” while speaking on the Bravo After Show. “Of course, it’s difficult, it’s not easy. But at the end of the day, I have to think of the ultimate goal,” she said, speaking to the safety of her crew and charter guests.

Hannah rigorously maintains her innocence, saying, “I think the hardest thing was that I felt I didn’t do anything wrong.”

In fact, Hannah calls the whole debacle a “blessing.” She’s a new mom to a one-year-old daughter, Ava, and she says the show helped to curtail her bad vices. On the show, Hannah could be seen taking multiple cigarette breaks and enjoying some libations during her downtime.

“I feel like it was almost a blessing in disguise because I was actually six months pregnant when it aired,” she said. “So it was really good. Because I’m the type that’s, you know, like when I get stressed out, I like want a glass of wine. Whereas like instead of having a glass of wine, I was going for long walks and arranging the nursery and getting excited and stuff like that.”

So, what’s life hold for Hannah after Below Deck: Mediterranean? Besides being busy with her new daughter, she’s also planning her nuptials to her fiancé, Josh Roberts. As for a possible return to the Below Deck franchise? Only if Captain Lee Rosbach needs her.

Until Captain Lee beckons, you can catch Hannah on her podcast, Dear Reality, You’re Effed.