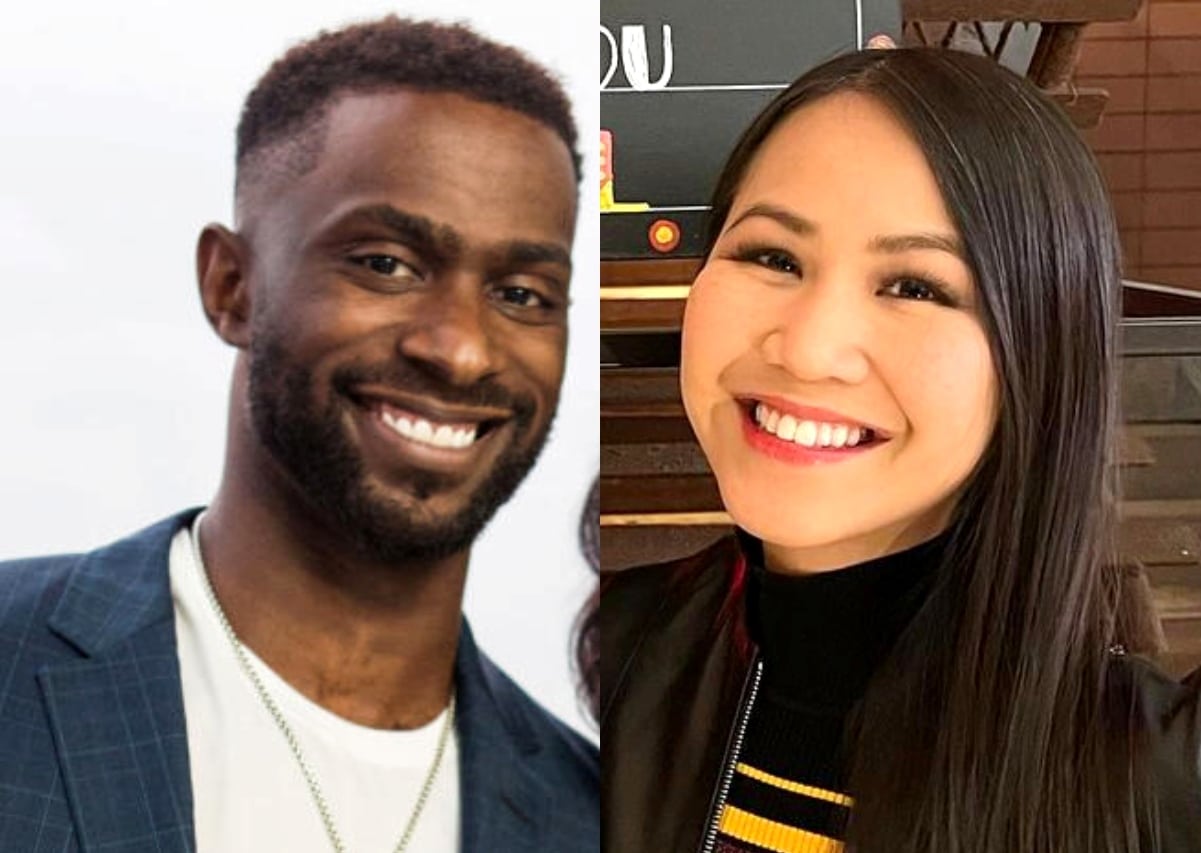 Ring the alarms because we’ve got a major cheating alert!

Married at First Sight‘s Zack Freeman was outed on the internet today for potentially cheating on his costar girlfriend, Bao Huang.

Yes, Zack Freeman, the Libra king of indecision, is apparently at it again as a Reddit post alleges he was not faithful to his girlfriend, Bao, and apparently had a side fling with a mystery woman.

The woman took her story to Reddit where she revealed that she had privately messaged Bao, providing her screenshots and other proof of her and Zack’s relationship. She revealed that even though she had asked Zack directly if he was seeing anyone else, he had denied it, saying he had not dated since his marriage.

MAFS Zack is outed for allegedly cheating on Bao. Credit:@U/eghtx/Reddit

Despite the fact, Zack was seen publicly dating Bao as the MAFS special, “Where Are They Now,” revealed the couple’s first date, the woman admitted she did not watch the show, and Zack knew that. She also shared some alleged text messages between herself and Zack. 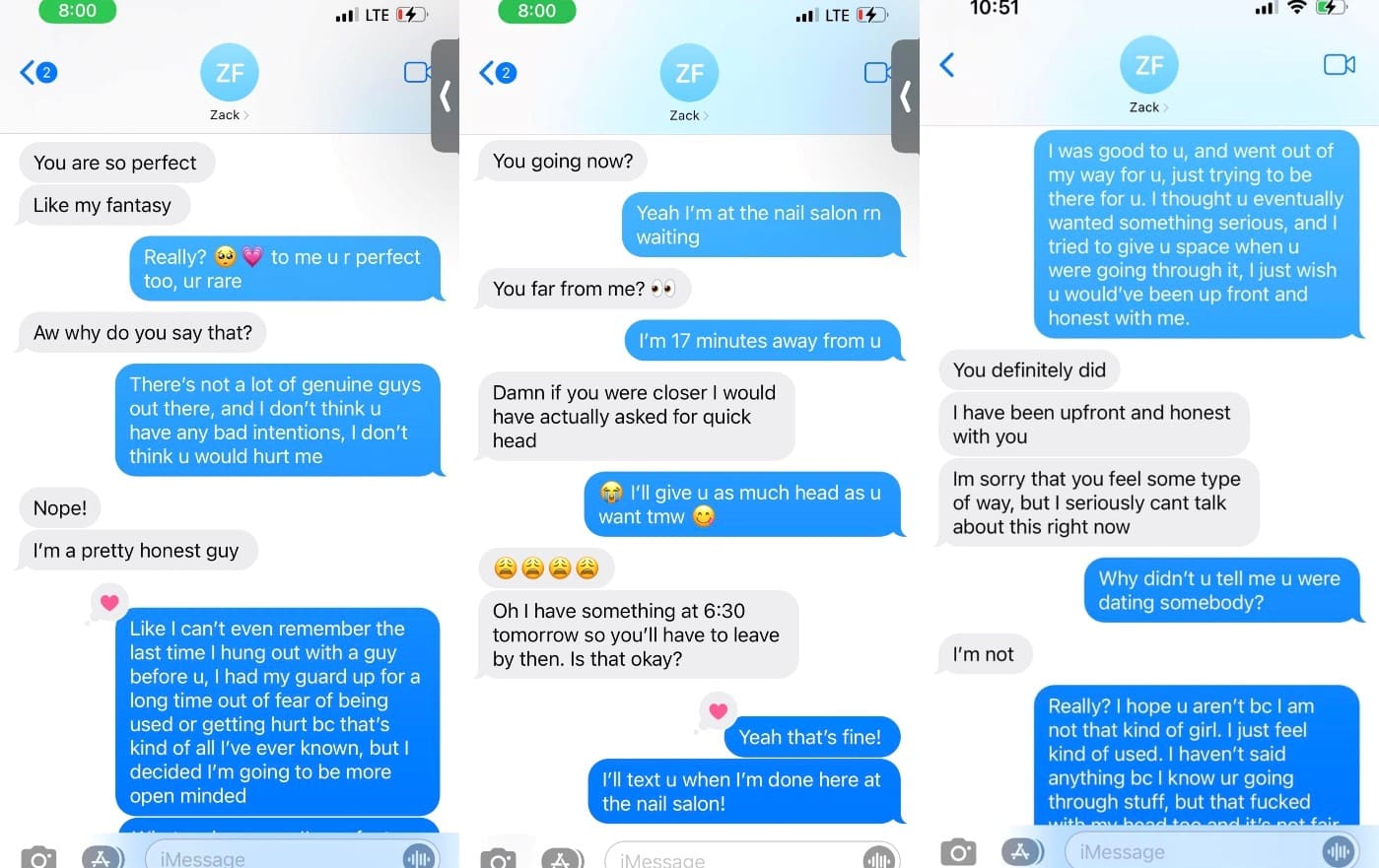 The mystery girlfriend alleged that Zack had been dating her and Bao at the same time. She ends the post by calling Zack a “master manipulator” and saying he is a not good guy but simply puts on an act.

This woman shared more screenshots, one showing when Zack started following her, and another showing her telling Bao about Zack’s alleged two-timing. 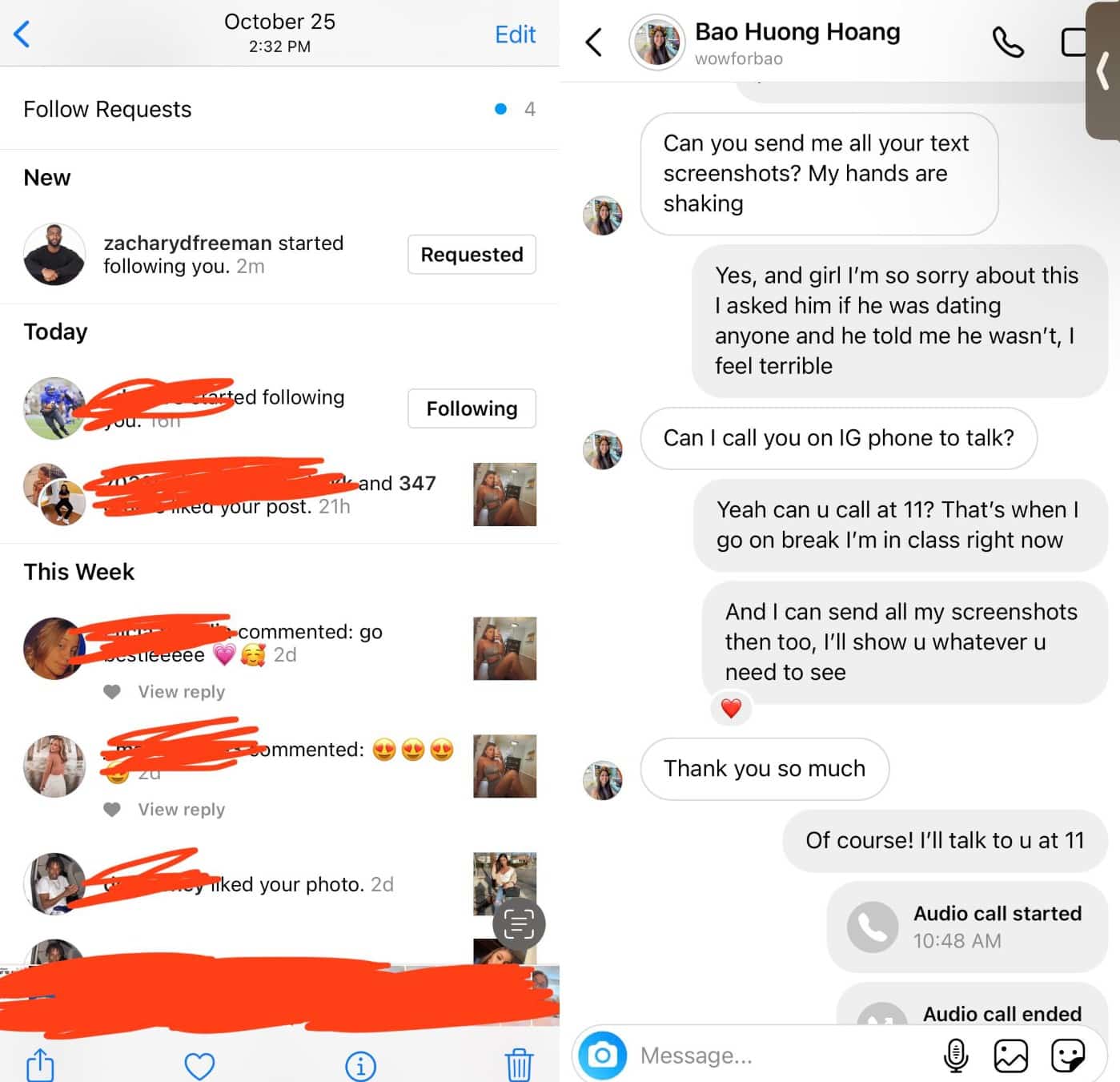 But if you are a little confused by all of this because you could have sworn Zack was married to Michaela Clark, not Bao, on the show, then your confusion is more than justified.

Because yes, Zack was matched and married to Michaela during MAFS season 13 in Houston. The two shared an especially stormy romance with many incidents of walkouts, outbursts, and “Hurricane K” sightings. “Hurricane K” was a nickname Michaela was given by her sisters for when she got so angry it resembled a hurricane. And did it ever.

The couple’s relationship culminated in an especially explosive couple’s retreat that ended with Zack driving home in the middle of the night while Michaela stayed behind, screaming and breaking glasses and furniture in the cabin.

While many felt that would be the end of the two’s rocky relationship, Zack, earning his name as the king of indecision, actually started things up with Michaela again. The two had a very passionate reunion if you know what we mean.

But as was common with these two, the fiery passion soon burned down their relationship as Zack told Michaela he wanted a divorce on the season 13 Decision Day.  Fans were not particularly surprised as the couple had not done well all season.

In fact, only two of the season 13 couples stayed together on Decision Day, and since then all of them have split. The reunion special revealed one of the couples was back to trying to make their marriage work, leaving the final couple count only half of one. Which is even less than the prior Season 12 couple count.

But in a shocking turn of events, the post-reunion special showed Zack admitting to his costar Bao, who had previously been married to Johnny Lam during the season, that he had feelings for her. The two went on a date and began seeing each other on-camera during the special. Bao’s previous husband Johnny was also rumored to have started seeing fellow costar Myrla Feria, although both continue to deny the allegations.

We’re sorry, we thought this show was Married at First Sight, not Spouse Swap!

In fact, the couples are not allowed to file for divorce until the reunion special airs, and a divorce in Texas takes 30 days, so technically Zack is still legally married to Michaela, dating Bao, and also possibly dating a mystery girlfriend. That’s a lot to keep up with!

But it seems Zack and Bao are now destined for a breakup if the mystery Reddit commenter is to be believed.

But Zack has yet to comment on the allegations, and his and Bao’s future still remains unclear.