Married at First Sight Season 13 Update: Find Out Who Stayed Together and Who Split 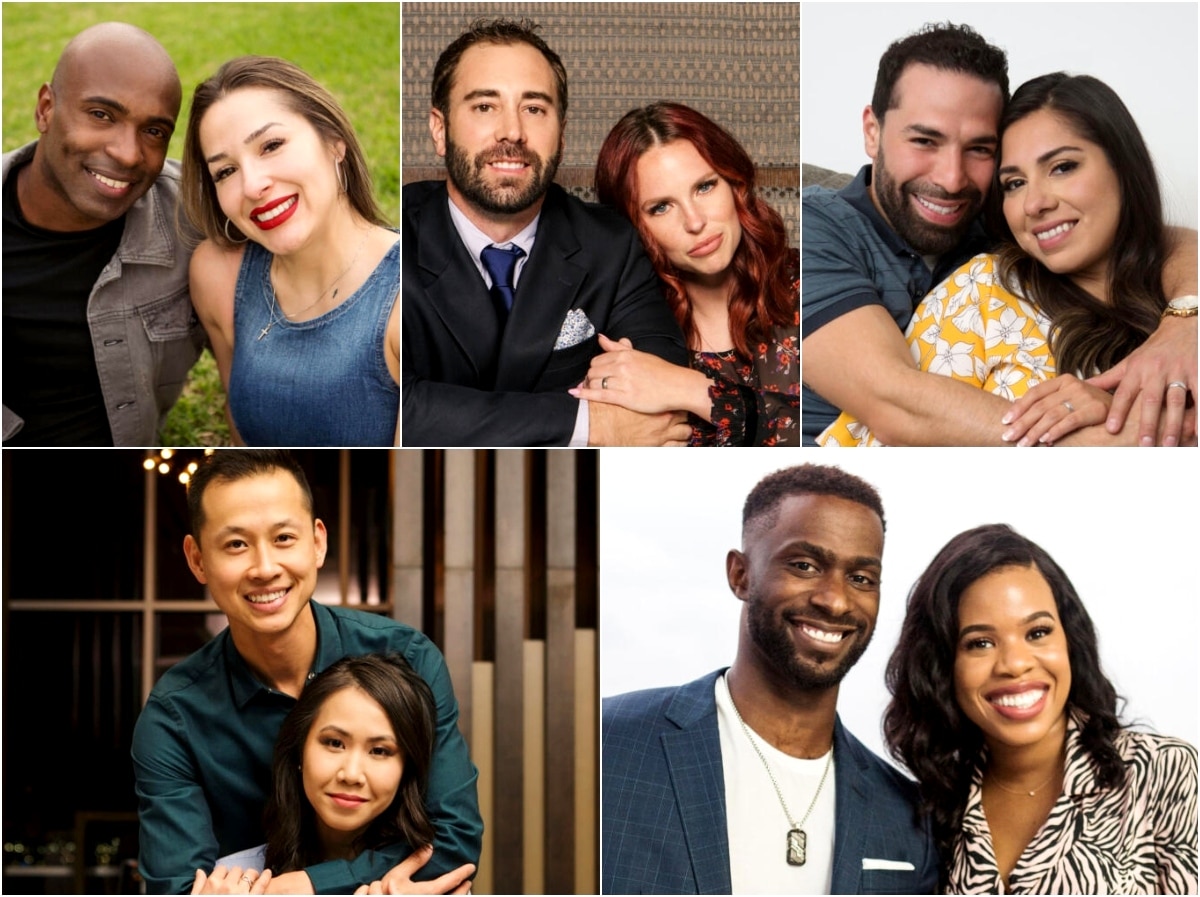 Married at First Sight season 13 has come to an end, and in true MAFS fashion, Decision Day held a lot of surprises. 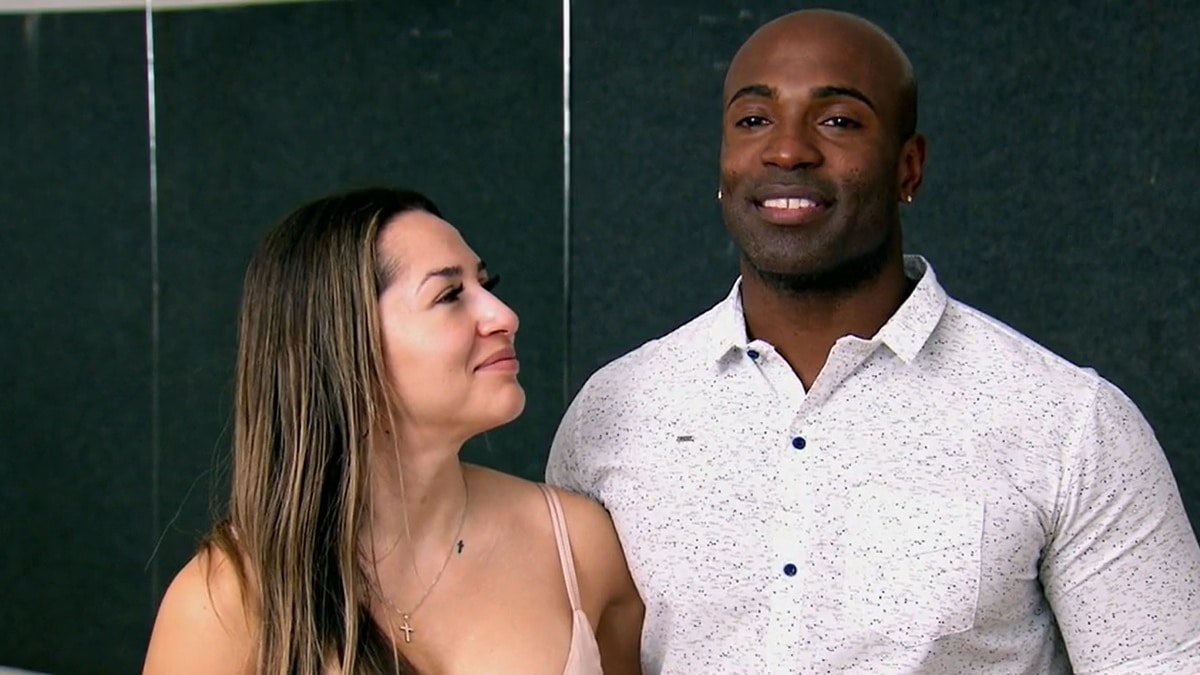 What a turnaround! Myrla Feria and Gil Cuero came into the season as the underdog couple.

The two differed in everything from personality to lifestyle to goals. Myrla admitted she did not want to be matched with a bald man, and surprise, at the end of the aisle stood Gil with not a hair on his head.

Gil said he did not want to be matched with an Instagram influencer, and Myrla has a closet full of Gucci and an extensive Instagram following.

The two continued to not see eye to eye on lifestyle or finances throughout the season, so although the couple got along well and had an obvious attraction to each other, there was a small hint of doubt in viewers’ minds as the two walked into Decision Day.

But the couple’s similarities seem to matter more than their differences, and the two agreed they would very much like to stay together and continue their marriage.

We love a good Cinderella story, and watching these two go from the bottom of everyone’s ‘most likely to succeed list’ to being one of the only couples that did end up staying together is the stuff MAFS fairytales are made of. 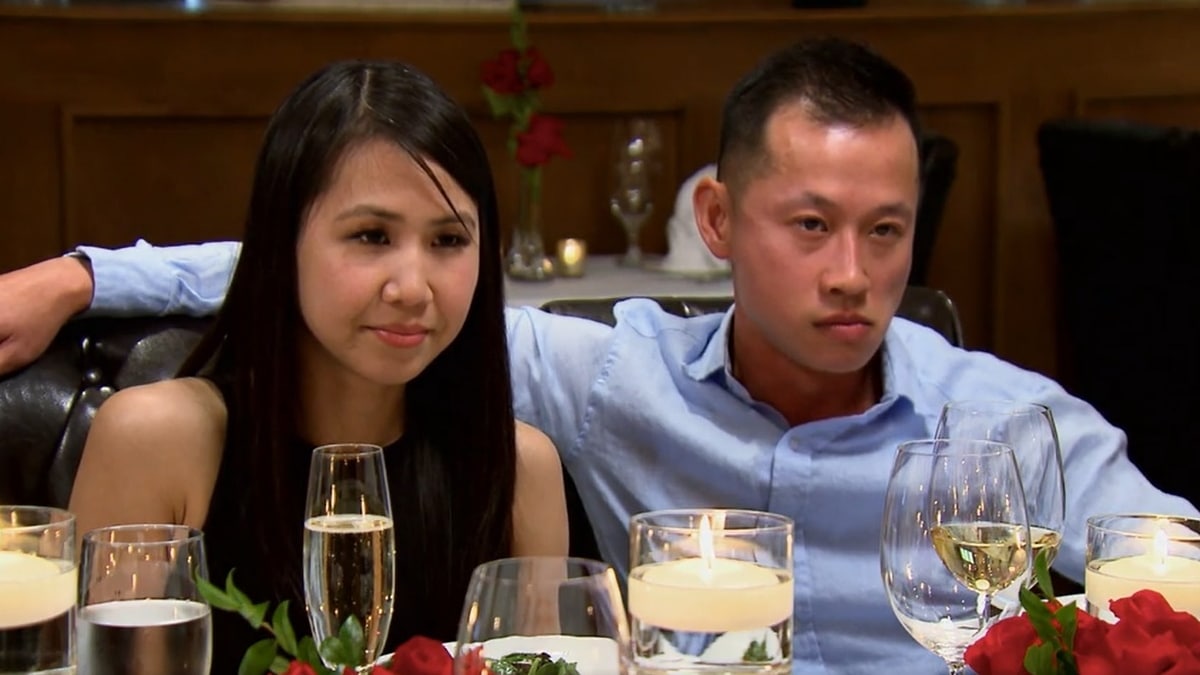 Johnny Lam was a yes, and Bao Huang was a no.

We guess Bao had finally had enough.

This couple started off with so much promise. Going into the season they topped the charts in everyone’s most likely to succeed lists. The two had similar cultural backgrounds, goals, and values, and surprise, they actually knew each other before the marriage! Johnny and Bao had actually met 15 years prior when they were in college, and they had even gone out on a date. But Johnny ironically ended up never getting back to Bao, so nothing ever came of it.

After their marriage, both initially expressed a high level of commitment to the process and to marriage, but Johnny’s commitment soon came into question. Week after week, viewers watched Johnny blow up and storm out over what seemed like insignificant disagreements, and fans began to wonder how dedicated Johnny truly was.

Johnny is a self-proclaimed “reformed serial dater,” and he had admitted to going on over 100 first dates before his marriage to Bao. While Johnny claimed he had put his speed dating days behind him, his quickness in writing Bao off over small things proved he wasn’t quite as reformed as he thought.

Through it all, Bao remained single-mindedly committed, but finally, after Johnny told her that he wished he had been matched with “literally anyone else,” Bao seemed to lose steam. Things got so bad that many fans compared Johnny to season 12’s Chris Williams and his erratic, bad-boy behavior. Johnny also revealed he had been having secret conversations with Bao’s friend Sarah, and the two had agreed Bao was the problem in the marriage. If those are Bao’s friends, we would hate to meet her enemies.

Finally, Bao had had enough. Going into Decision Day, things were not looking good for the two. But in a twist ending, Johnny decided he did want to try and said he wanted to stay married. But Bao was already too far gone and said she would like to end things. So we guess you could say this time it was Bao that left Johnny hanging. 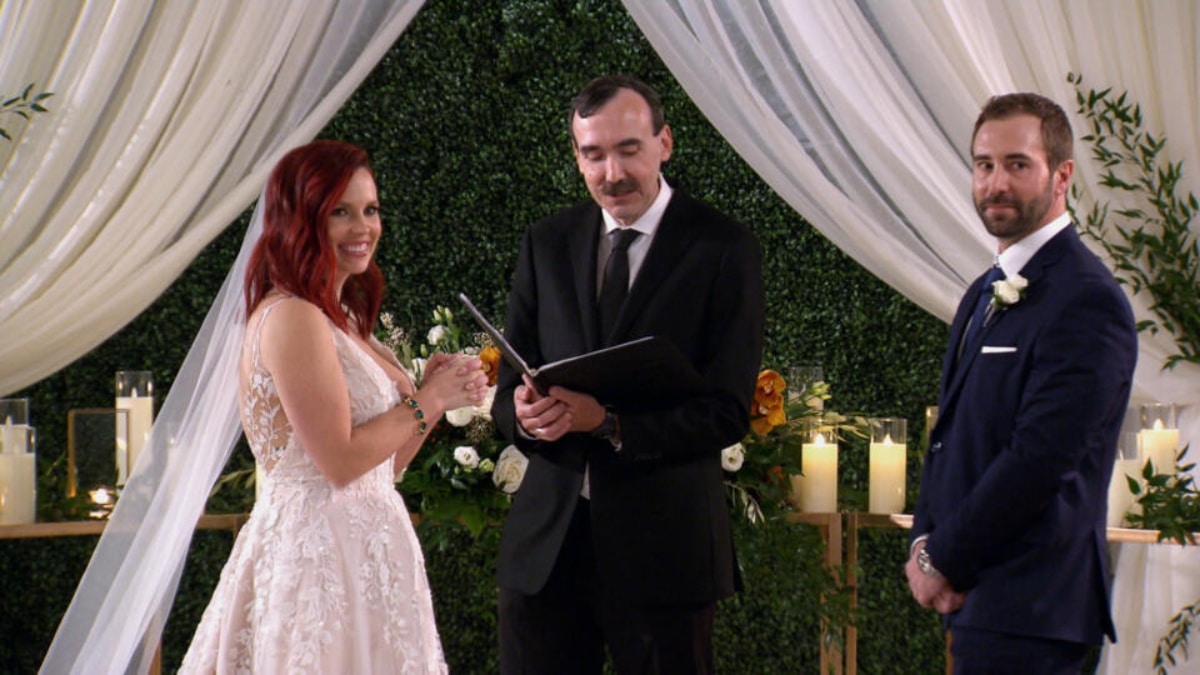 Between Ryan Ignasiak checking out as soon as the two got back from their honeymoon and downloading dating apps a week before Decision Day, we don’t think anyone was holding out much hope for these two.

Although the two did seem to have some initial connection, their differences became apparent as early as their wedding day, as Ryan attempted to teach Brett a country two-step dance and Brett Lindsay admitted she was not into the country lifestyle. This was unfortunate as Ryan’s parents owned a ranch and he enjoyed outdoor activities.

The two also hit some road bumps on the honeymoon where Brett’s fear of flying caused Ryan to start to sweat a little himself. Ryan worried that his love of travel would be curtailed by Brett’s dislike of the friendly skies.

Once the two returned from their honeymoon, Ryan checked out. Ryan admitted he was not attracted to Brett. He was not forming a connection with her and wasn’t feeling those “butterflies.” Although he didn’t actually admit it to her, he did admit it to his costars, friends, family, the cameras, and the experts — basically everyone except the person who needed to know it the most: Brett.

But Brett seemed to get the memo anyway and she eventually stopped trying. The two bid their time until the clock ran out, and one week before Decision Day, Brett found out Ryan had downloaded and had been using a dating app. Talk about a nail in the coffin. So it was no surprise the two called it off. Both agreed they wanted a divorce, but they did reveal they actually did want to remain friends. 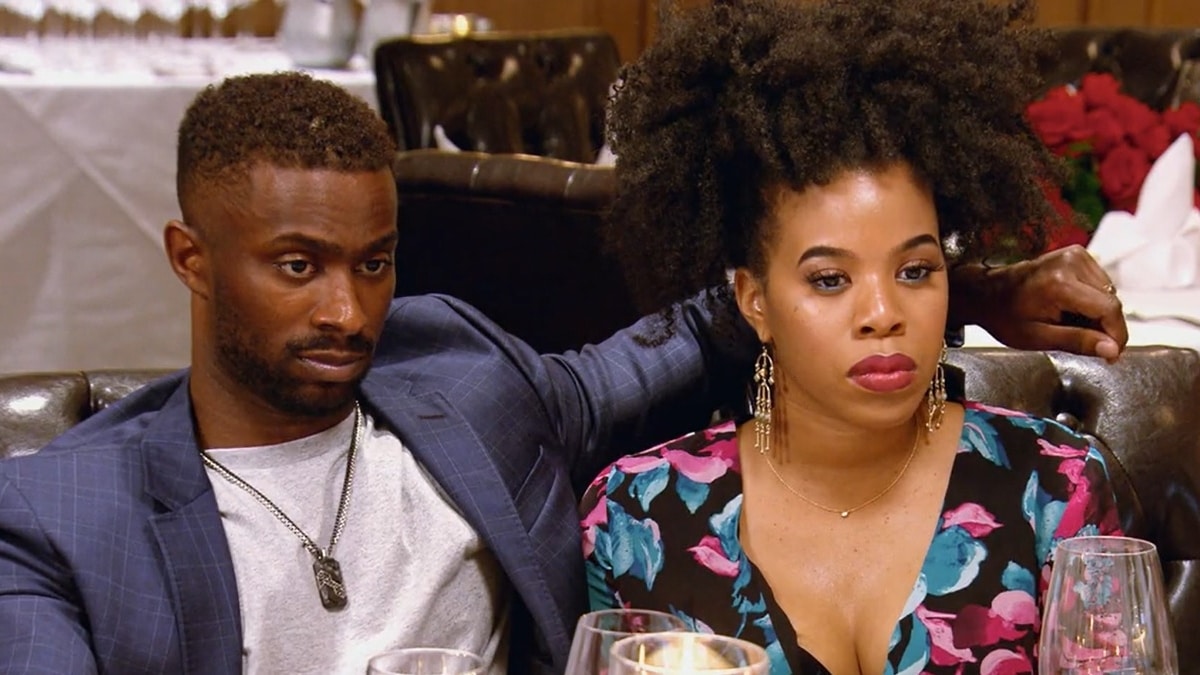 Michaela Clark was a yes. Zack Freeman was a no. And it was awkward.

Although Zack’s answer was no, he continued to say that he did not want to stay married but did want to “see where things went” with Michaela post-divorce. The experts, Michaela, and everyone else was very confused by this answer.

But Zack has a bit of a history of saying things he doesn’t mean in order to keep the peace, and it seems that he has yet to kick that habit.

Although it’s understandable for Zack to want peace after all the chaos his marriage has brought.

After their wedding, his wife Michaela revealed she had a bit of a bad habit herself: an explosive temper. Michaela spent the rest of the season blowing up and moving out. The fighting culminated into the season 13 couples’ retreat, where the two spent the night fighting with Michaela breaking furniture as Zack literally ran to his car to drive home in the middle of the night.

The twist here was that Michaela… was a yes. Despite all the blowups and breakdowns, Michaela said she still wanted to try again. But Zack was unmoved in his answer, so the two fall firmly in the “split” category. 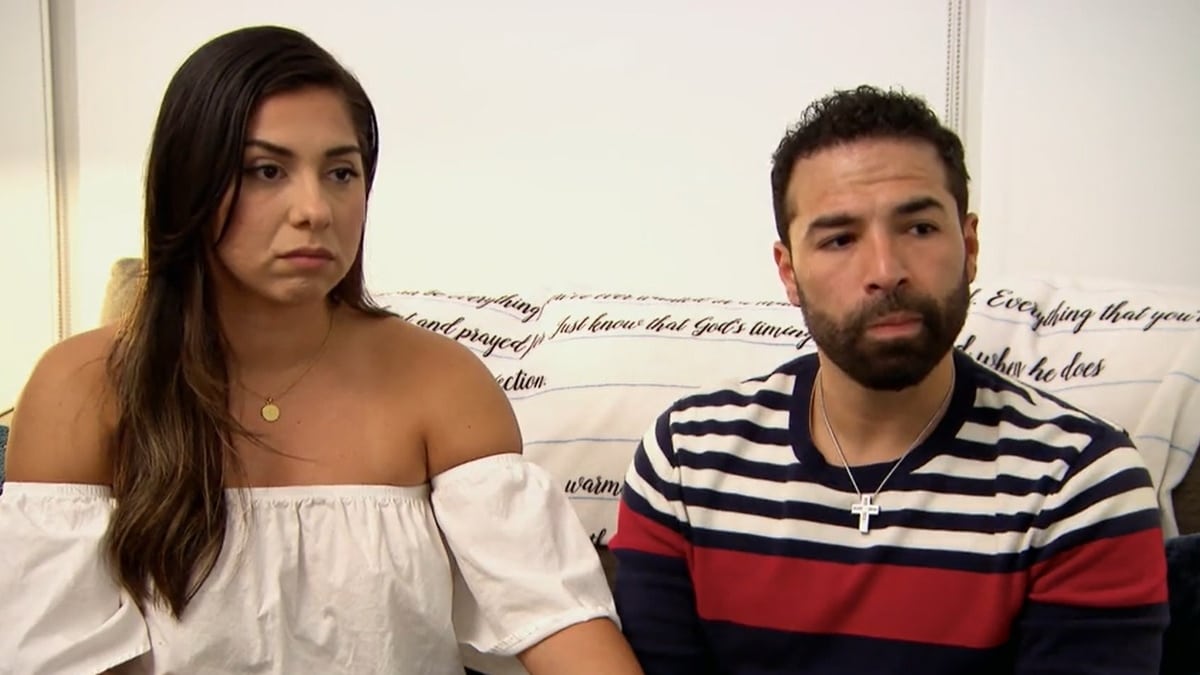 These two hit it off right from the get-go, and their instant chemistry was apparent even as early as their wedding day.

The couple spent their honeymoon cozying up and getting to know each other, and by the time the pair returned to Houston, they sailed smoothly right into married life.

But they did experience one hiccup along the way. After Rachel accidentally called Jose by their co-star Johnny’s name, Jose had a meltdown. After yelling and cussing at Rachel for several hours, one of the show’s producers stepped in to deescalate the situation.

When Rachel left to walk the producer out, she returned to the apartment to find herself unceremoniously deadbolted out. Despite repeated attempts to get in, Rachel had to find another place to stay for the night, and that place ended up being at her ex-boyfriend’s home. What a mess.

The two eventually sorted it all out, but it remained the only barrier between them going into Decision Day.

But overall, the couple viewed it as a learning experience and were ready to put it behind them in exchange for a better future. And we have to admit, this couple’s future is looking pretty bright.

So the final couple count of the season lands at two out of the five couples staying together.

The previous season, season 12, initially had a couple count of three out of five, but that number eventually dwindled down to one lone couple staying together, Briana and Vincent Morales.

So while the number stands at two for the moment, there is no telling what might happen by the time we get to the Reunion Special. So stay tuned, fans, because with this show, it’s not over until it’s over.