Home Real Housewives Ultimate Girls Trip Andy Cohen Says RHOD Could Return to Peacock, Shares Why There Are No Current Plans for a RHUGT Reunion

Andy Cohen Says RHOD Could Return to Peacock, Shares Why There Are No Current Plans for a RHUGT Reunion 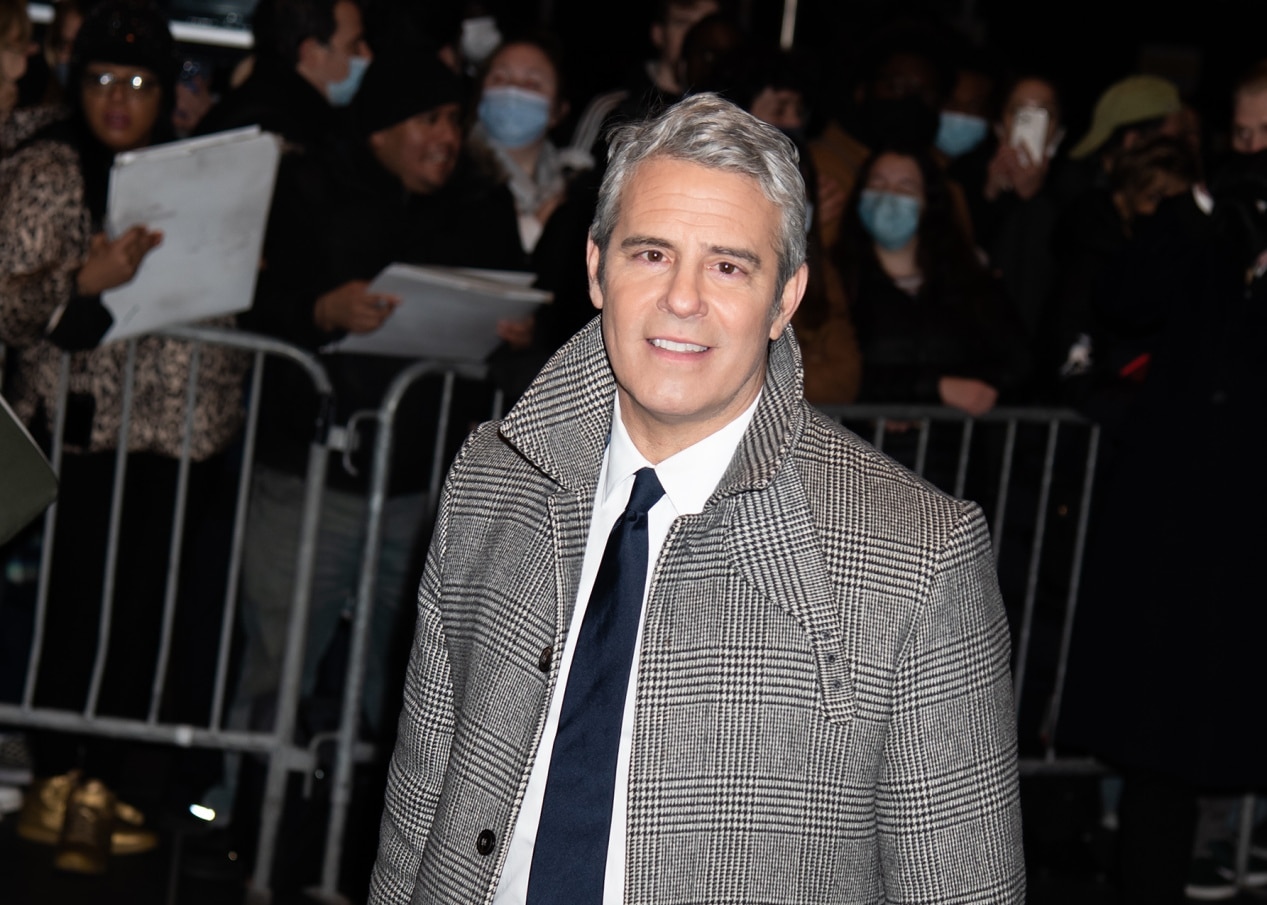 The Real Housewives of Dallas fans just got a glimmer of hope for a revival of the show, which was canceled indefinitely earlier this year.

Andy Cohen recently took to Twitter to do a Q&A session with his followers, and he dropped some small nuggets of knowledge regarding RHOD and even whether a Real Housewives: Ultimate Girls Trip reunion will be in the works.

One Twitter user asked, “Do you think Peacock would ever pick up a #RHOD for a reboot?!” Andy then had a coy response. 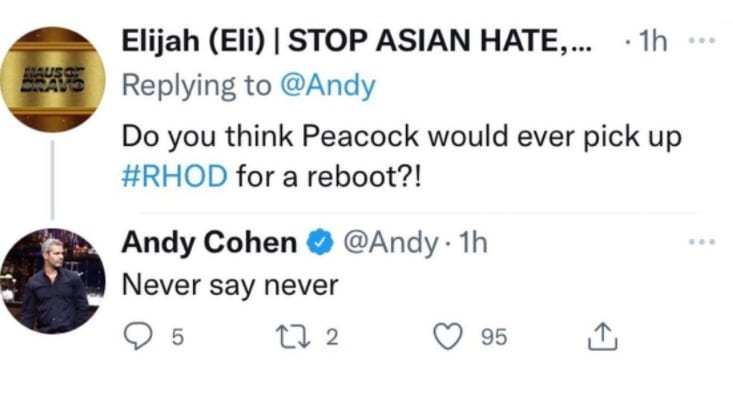 Earlier this year, Bravo put out a statement regarding RHOD, saying, “There are currently no plans to bring The Real Housewives of Dallas back next year, and beyond that, nothing official has been decided.”

No word on which of the former cast would be up for a reboot. After the show’s cancellation, Kameron Westcott told Us Weekly that she was “relieved” the show was over. Co-star D’Andra Simmons had a more bittersweet approach, saying she “wasn’t surprised” as she “just didn’t feel really comfortable” on the final season when speaking to Us Weekly’s: Getting Real with the Housewives podcast.

Andy’s new revelation comes as wonderful news for fans of the show. Peacock has recently been picking up and reviving past Bravo shows and bringing them into a new and fresh light. Case in point, the network recently rebooted The Real Housewives of Miami franchise to much fan fervor. The network also is currently airing the first season of the highly successful Real Housewives: Ultimate Girls Trip.

Speaking of RHUGT, one fan asked Andy whether or not the show would get a reunion episode, which is usually par for the course regarding the housewife franchises.

Unfortunately, it doesn’t seem to be happening as Andy answered, “Doubt it. It stands on its own.”

So, no reunion is seemingly coming for now, but there is already a second season of Real Housewives: Ultimate Girls Trip filmed and set to air next year on Peacock. The new season will not be taking place in the tropics as the first season did, but instead, it will head up north to Dorinda Medley’s iconic Blue Stone Manor located in the Berkshires — aka the infamous “Bezerkshires” as seen on The Real Housewives of New York City. The new cast will include fan-favorites Dorinda Medley, Jill Zarin, Vicki Gunvalson, Tamra Judge, Brandi Glanville, Taylor Armstrong, Eva Marcille, and Phaedra Parks.

You can catch up on past seasons of The Real Housewives Dallas on Peacock, and you can also watch the first season of Real Housewives: Ultimate Girls Trip, which is currently airing on the network.