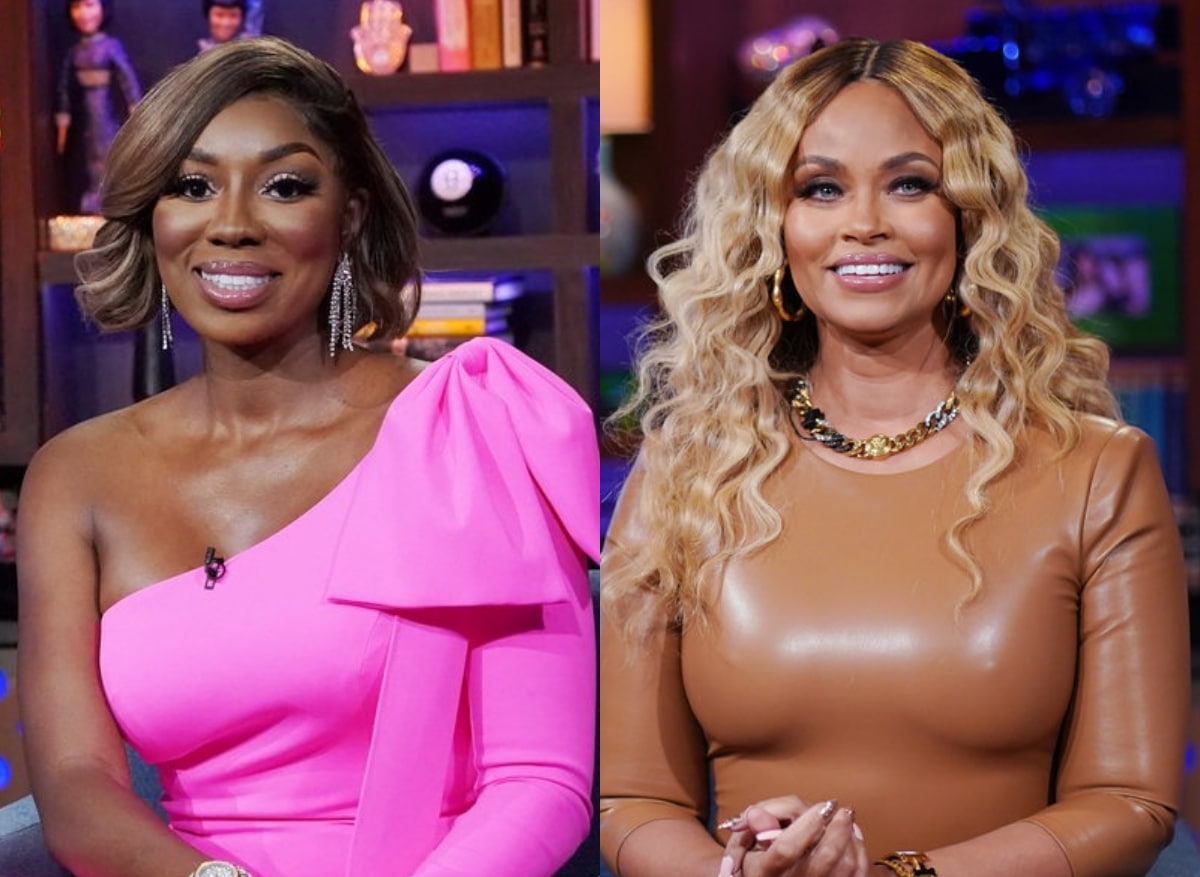 After an explosive reunion, Wendy Osefo has lots to say. The Real Housewives of Potomac franchise broke protocol this year, when Nicki Minaj stepped in as the host, temporarily replacing Andy Cohen.

Unlike Andy, the rapper refused to hold back when she questioned the women. After putting it all on the table, Nicki wasn’t afraid to speak her mind.

In a recent interview on the Wendy Williams Show, Michael Rapaport (the temporary host) spoke with the Bravo star. At the start of the interview, Wendy described the reunion as “intense.”

When asked about the fight between Candiace Dillard Bassett and Mia Thornton, Wendy said Candiace was “able to deliver and stick the landing.” The audience seemed to agree with her assessment, giving a round of applause. Wendy was impressed by Nicki’s hosting skills, and declared the rapper “showed up and showed out.”

“She was just a breath of fresh air,” said Wendy. “You can tell that she really watched the show.” Although Wendy spoke highly of the performer, she also admitted that Nicki “read us.”

Wendy then discussed “Happy” and “Ness” (the names of her breasts), and described them as “two new friends.” The star explained that she wanted plastic surgery because she breastfed her kids for so long, and she wanted her body back. After the procedure, her husband Eddie Osefo took care of her.

Michael eventually asked where she stood with Gizelle Bryant, who discussed cheating rumors regarding Eddie. Wendy expressed: “I stand where [Gizelle] stands with all her relationships. It’s nonexistent.” The audience was shocked by her response. Wendy revealed, however, that the rumors didn’t change her relationship with Eddie. She said her entire family was ok.

Wendy opened up about being a professor and reality star, hinting that the lines were sometimes blurred. In the past, she received inappropriate emails from students, asking about drama related to the show. Wendy didn’t appreciate it, and said: “they better not.”

At the end of the interview, Wendy teased her new book, Tears of My Mother: The Legacy of My Nigerian Upbringing. In it, Wendy revealed what it was like to be a first-generation American. She told Michael that it felt like she was living in two different worlds.