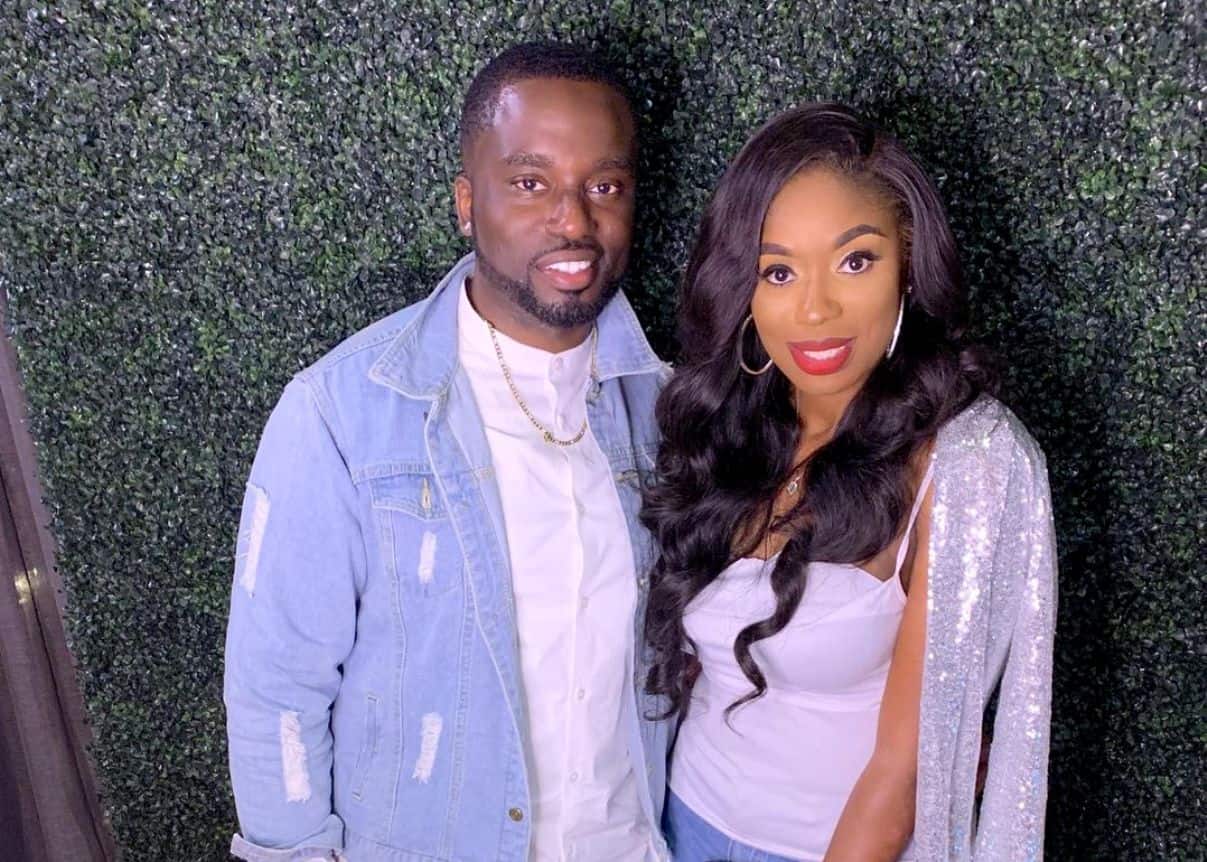 During a new interview, The Real Housewives of Potomac cast member addressed the false reports before confirming plans to confront Gizelle Bryant, who mentioned the rumors several times throughout season six, at the upcoming reunion and clapped back at body-shamers.

“It’s funny because when we had that conversation, Eddie and I already heard about it,” Wendy said of the rumors she was faced with amid production on the August 25 episode of E! News‘ The Daily Pop. “It doesn’t affect us. We just celebrated 10 years of marriage. It’s a lie, so we were not affected. We were just here living good with our three kids, loving on each other.”

Although Wendy has denied there is any truth to the reports, she believes that being targeted with untruths is par for the course when it comes to reality television.

“That’s what happens when you are in and you have a platform. People talk about you,” she stated, insisting she trusts Eddie wholeheartedly.

“I’ve known Eddie since I was 17,” she noted. “I can tell when he lies if he burnt the chicken in the oven. I know when that man is lying. But we’re really friends, that’s my homie. What you saw there was me defending my best friend.”

On the heels of a just-released midseason trailer, Wendy teased that the drama of the show is about to get more intense.

“When I tell y’all we are just tipping the iceberg, y’all buckle in,” she laughed. “This season is wild. Everybody gets into it.”

With just a handful of episodes remaining, Wendy is looking forward to the upcoming taping of the RHOP reunion, where she hopes to confront Gizelle about the “Eddie rumors.”

“We see [Gizelle] trying to say, ‘Oh, I was just concerned, I was just a friend,’ but then by the same token, she talks about these rumors to five other people, or five times, and never once spoke to me about it,” Wendy pointed out. “So, the proof is in the pudding, we got you on camera. It is what it is, I got some questions.”

Wendy claims Gizelle even called out her sexy Instagram posts.

“It’s something that I think a lot of women in professional settings have to go through, where you’re put in a box and you’re expected to be one thing,” Wendy admitted.

Body-shaming after her breast augmentation and butt lift.

“And once you start dressing in a certain way, people are like, ‘Wait is something else going on?'” she continued. “And that’s misogynistic. Women can be smart, we can be sexy, we can be beautiful, we can be married, we can be moms. We’re multifaceted.”

Wendy concluded, “They were trying to do that just to bring up the rumors. I breastfed all three of my kids. My boobies were down to here. Can I get a pick me up?”