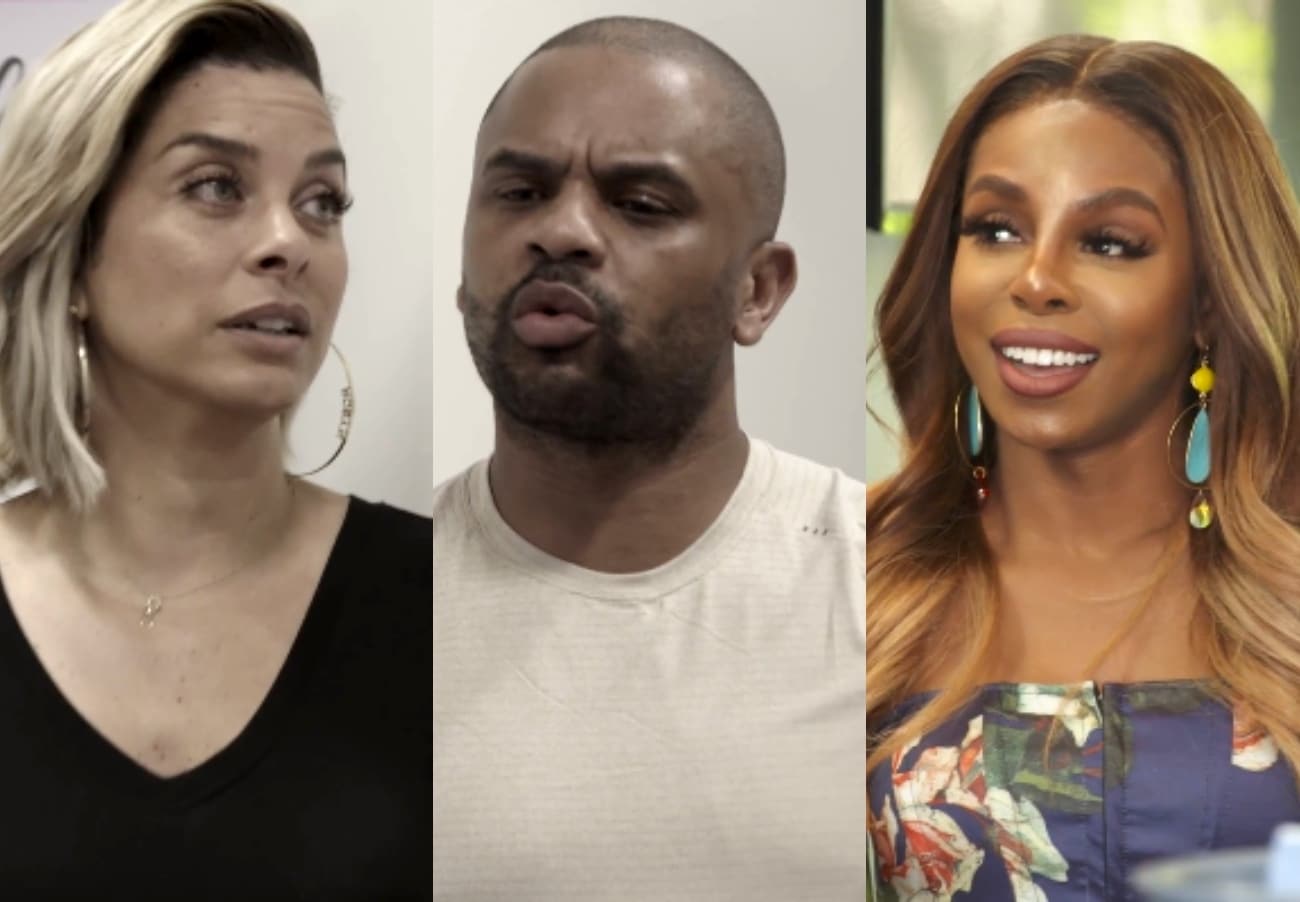 Karen Huger and Ray Huger are seen celebrating their 25th anniversary with a vow renewal ceremony in the just-released midseason trailer for The Real Housewives of Potomac. Unfortunately, several other members of the show aren’t doing so well in their own love lives.

After Gizelle Bryant is seen revealing to her daughter that she “really doesn’t want” to get married again and Ashley Darby admits she and husband Michael Darby “haven’t slept in the same bed for, like, three weeks,” the relationship between Robyn Dixon and Juan Dixon seems to implode.

“We have to make sure the things that happened before don’t happen again,” Robyn tells Juan in the sneak peek.

“Are you serious right now?” she asks.

“I’m done,” Juan confirms as he gets into his car and prepares to leave.

As RHOP fans will recall, Juan popped the question to then-ex-wife Robyn, the mother of his two sons, in December 2019 after their first marriage in 2012.

Elsewhere, Candiace Dillard-Bassett and her husband, Chris Bassett, appear to be experiencing financial tension, as he tells her, “I have never asked you for a penny.”

Then, when Robyn asks Candiace’s mom if she thinks Chris is “getting comfortable,” she replies, “Hell yeah.”

Chris also experiences drama with Michael, who demands he apologize for their RHOP season five encounter.

“You put your hands on me. You should apologize,” Michael says.

In response to Michael’s statement, Candiace is floored, and she states, “This is the whitest privilege. I have to go.”

As Chris and Michael rehash the past, Candiace gets into another messy situation with Mia Thornton after asking her newest castmate, who previously worked as a stripper, “Where is your pimp?”

“Pimp, where you at? The ho is here!” Mia yells in response as she tosses salad in Candiace’s face.

Also in the midseason trailer, Mia’s husband, Gordon Thornton, showcases his humor by telling the cast they can solve “all [their] problems” by going “to the butt-naked club” and praising Karen for looking “so good.”