Home Real Housewives of Potomac News VIDEO: Fight Breaks Out Between Chris Bassett and Michael Darby in RHOP Finale Sneak Peek as Michael Threatens to Press Charges, Plus Candiace and Ashley Face Off

VIDEO: Fight Breaks Out Between Chris Bassett and Michael Darby in RHOP Finale Sneak Peek as Michael Threatens to Press Charges, Plus Candiace and Ashley Face Off 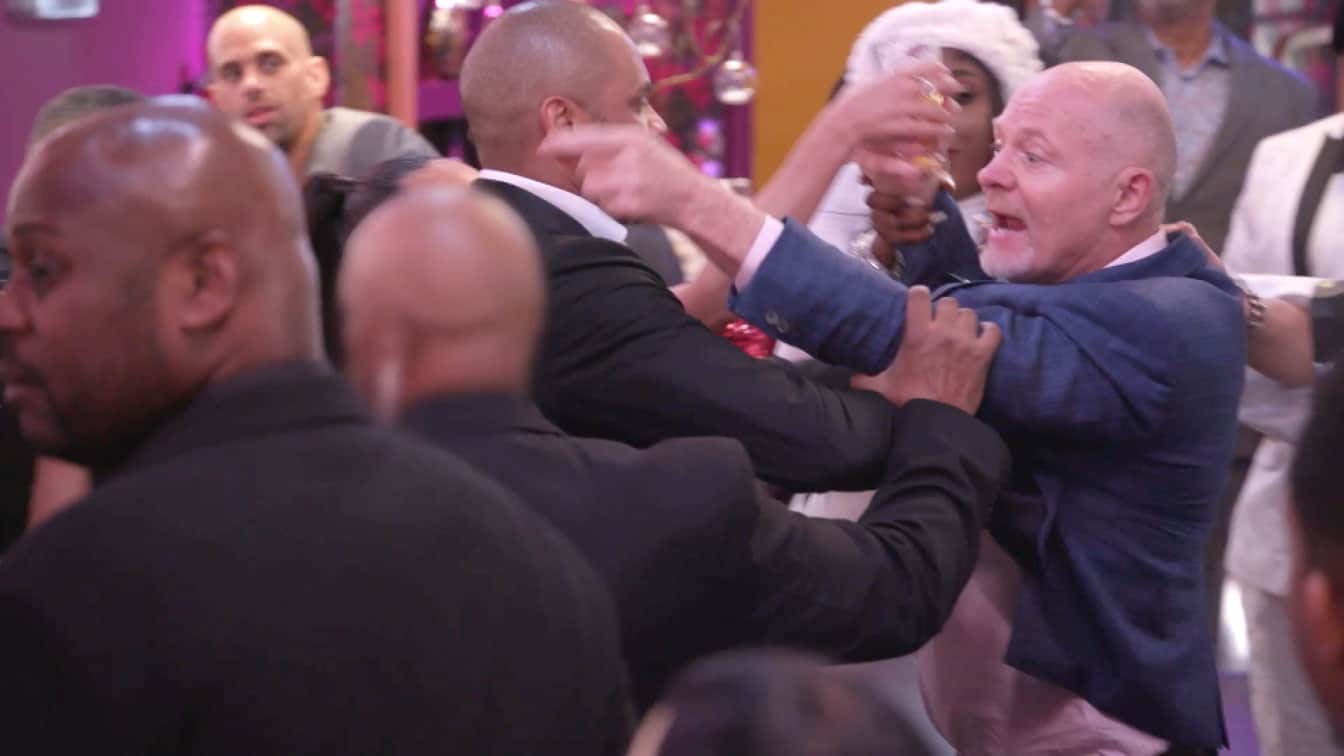 The Real Housewives of Potomac may have had one of the most epic fights this season between the wives, but now the husbands are getting ready to rumble.

In a sneak peek for the season finale, which Andy Cohen already teased as “dramatic,” Candiace Dillard-Bassett‘s husband Chris Bassett and Ashley Darby‘s husband Michael Darby go at it, almost getting into an all-out brawl as producers and bystanders pull them apart.

After Michael overhears Candiace yelling at Karen Huger across the room, he approaches Chris and tells him to “control” his wife, triggering Chris to go off.

“Michael, you should get the f—k out of my face,” Chris responds before pushing his co-star.

“You touching me?” Michael snaps back, then he says Chris is “going down” and calls him a “f–king idiot.”

After Wendy Osefo‘s husband, Eddie Osefo, breaks the men up, the women come over to see what madness is happening, causing Ashley to get involved once Michael tells her what went down.

“Oh, you wanna talk s–t about Monique [Samuels], though, right?” Ashley yells over at Candiace (who came to her husband’s side), referring to Monique’s physical altercation with Candiace. “Okay, so Monique has no self-control, but what do you have? You have no self-control, do you? But you want to cry when your wife gets hands put on her for acting like a fool!”

As Michael yells about taking legal action against Chris, Candiace shoots back, “You want to touch me, Michael? I motherf—king dare your ass!”

All the drama seems to be coming to a head after the husbands heard their wives’ respective details of the altercation that went down between Candiace and Monique, which caused definite battle lines to be drawn within the group.

After Candiace filed charges for second-degree assault against Monique in November 2019, Monique countered with charges of her own. Although the case was dismissed in December 2019, Candiace refused to film with Monique for the remainder of the season, but the women finally went head-to-head at the “emotional” reunion, which was filmed a few weeks ago.

The Real Housewives of Potomac season five finale airs this Sunday at 9/8c on Bravo.