VIDEO: See RHOP Season 6 Trailer! Gizelle Seemingly Exposes Rumors About Wendy’s Marriage as Gizelle Faces Her Own Issues With Jamal, Plus Robyn Deals With Depression and Problems With Juan, and Newbie Mia Thornton Is Introduced

by Emily Campbell May 24, 2021 161 comments
ShareTweetWhatsappPinterestRedditTumblrMailFlipboard 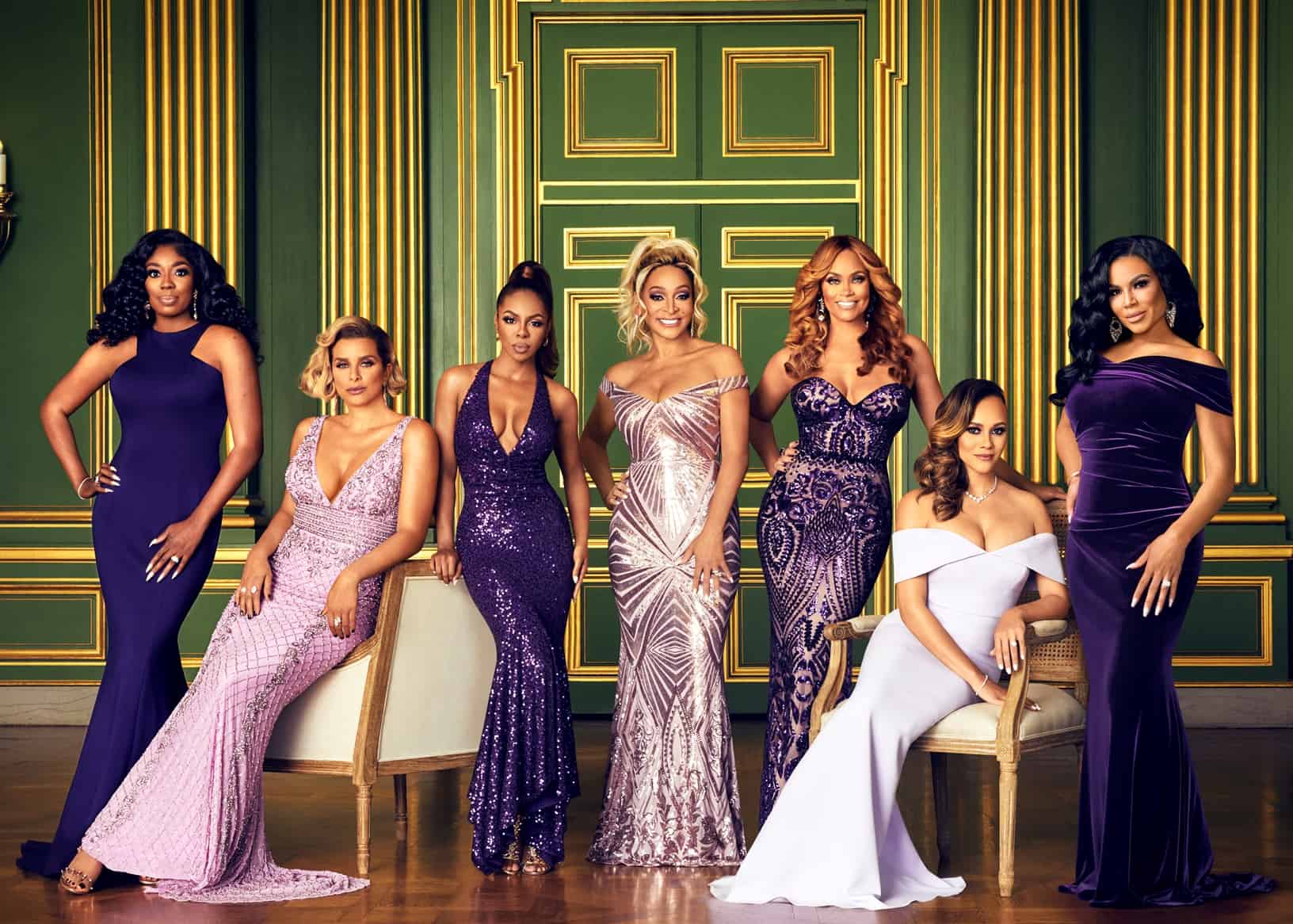 The Real Housewives of Potomac season six trailer has officially dropped, and it’s even more dramatic than expected.

Some fans were concerned the new season wouldn’t provide enough drama since Monique Samuels quit the show following season five, but the ladies kept it moving as Gizelle Bryant seemingly found a new target in Dr. Wendy Osefo and her marriage. However, Wendy is not the only cast member facing marital woes. It appears many of the women are struggling in their respective relationships.

“One thing you learn about living in Potomac, it’s a town of smoke in mirrors. You never know who you can trust,” Wendy says as the supertease begins.

After the clip shows the cast having a few lighthearted moments, newcomer Mia Thornton is quickly introduced, and it seems that Karen Huger likely brought her into the group.

“Mia is a boss,” Karen tells the camera. “She’s a breath of fresh air.”

Mia then reveals to Gizelle that she was forced to work her way to the top because she grew up in foster care after she was taken away from her mother by the state. Therefore, the successful businesswoman likely won’t take any crap from her new co-stars.

Next, Ashley Darby and husband Michael Darby are seen discussing their sex life — or lack thereof — after welcoming their second son, Dylan.

“I just can’t imagine having, like, sex,” Ashely tells Michael. He replies, “Umm… yeah.” Then, Ashely is seen crying and stating, “It’s harder than I thought.”

Meanwhile, Candiace Dillard-Bassett reveals that her husband, Chris Bassett, is managing her budding music career, which is apparently affecting their relationship.

“I take care of your sh*t all day long,” Chris says before the clip fast forwards to another argument between the couple, with Candiace telling Chris to “Shut the f*ck up!”

Though Robyn Dixon and Juan Dixon are planning to tie the knot for a second time, Robyn appears to be extremely depressed, and Juan seemingly tries to encourage her to snap out of it. Robyn doesn’t explain why she’s depressed, but the clip teases that she and Juan may be having some troubles of their own.

“You cannot have your fine husband telling you you’re unattractive,” Gizelle says to Robyn.

However, Gizelle has her own issues to work out with Pastor Jamal Bryant because their relationship is no longer “working.” And Karen takes the opportunity to shade her frenemy about her failed romance.

“Honey, you got dragged,” Karen tells Gizelle. “Then you let him back in and he dragged you again.”

Finally, Wendy and her husband, Eddie Osefo, are seen having a chat about the state of their marriage before the rumors are brought up.

“Are you happy? Are you fulfilled,” Wendy asks Eddie. “No!” he replies, which appears to catch her off guard.

The supertease then cuts to Gizelle discussing the “Eddie rumors” with Ashley. And judging by Wendy’s reaction, it’s fairly clear that Ashley isn’t the only person the My Word author discussed the rumors with.

Needless to say, Gizelle doesn’t “give a sh*t!”