Home Real Housewives of Potomac News Monique Samuels Blasts Jamal and Gizelle Bryant and Claims Robyn Dixon Got Engaged to Keep Her Job as She Discusses RHOP Exit, Plus Where She Stands With Karen And Ashley

Monique Samuels Blasts Jamal and Gizelle Bryant and Claims Robyn Dixon Got Engaged to Keep Her Job as She Discusses RHOP Exit, Plus Where She Stands With Karen And Ashley 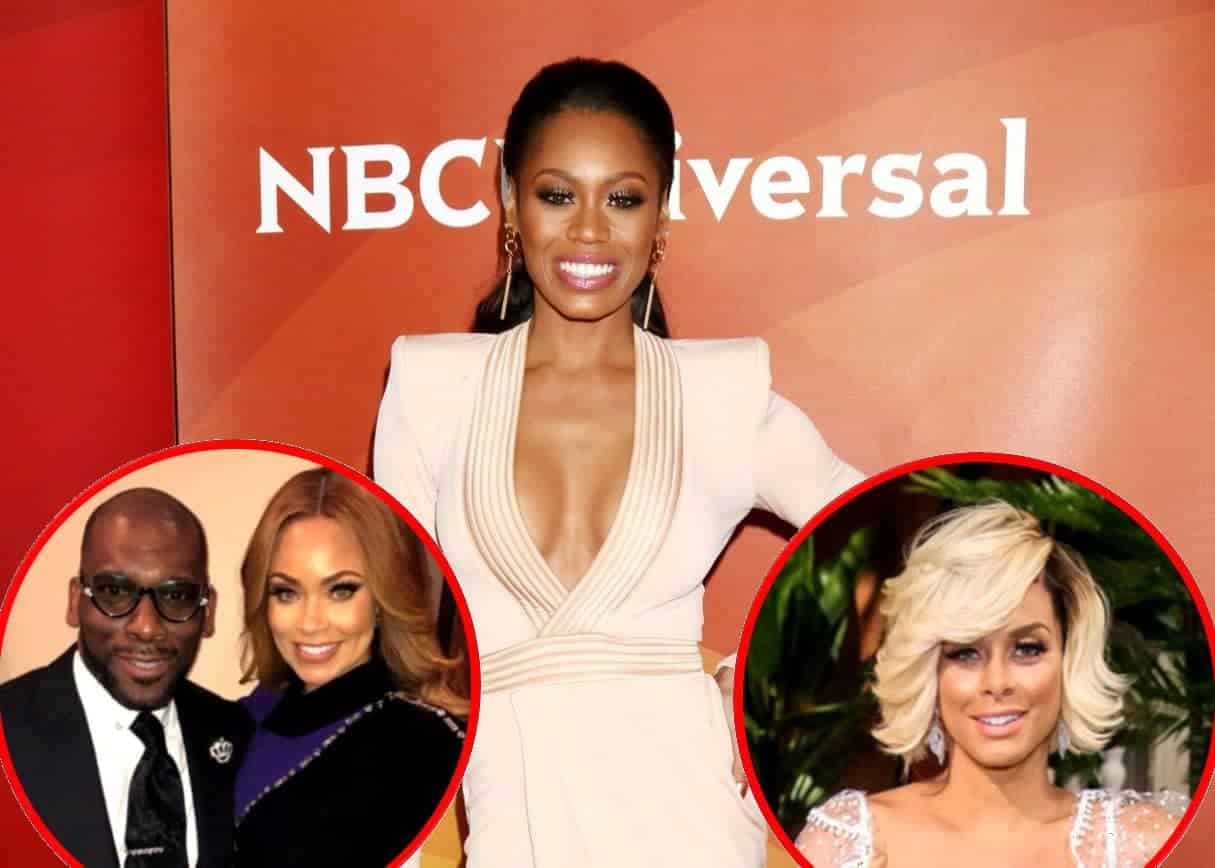 Monique Samuels is proud of her decision to leave Real Housewives of Potomac, but she hasn’t lost any of her Housewives skills as she’s still shading her former co-stars.

Following the season five reunion, Monique announced she was leaving after four seasons on the show. She was furious with the edit she received and for the way she was treated by most of her castmates after her physical altercation with Candiace Dillard-Bassett.

Monique recently explained that she walked away because she wasn’t just fighting the ladies — she also felt like she was fighting Bravo.

“I’m not just fighting these women. I’m also fighting production and a network,” she said on the #NoFilter with Zack Peter podcast. “When you get to that point, where there’s no respect from anybody and you feel like you’re fighting everybody… The women, I can fight them all day long, but when you’re fighting the people who are controlling the narrative, and the network that is producing and showing the show, that is when I knew that my time is up here. I’m done! Why would I go back to that?”

If fans recall, the “Drag Queens” rapper brought a binder of receipts to the reunion, and a large portion of those receipts were used to expose Gizelle Bryant‘s alleged fake relationship with her ex-husband and the father of her three children, Pastor Jamal Bryant. Following the reunion, Jamal threatened Monique and her husband, Chris Samuels, with a lawsuit for defamation, but it seems Jamal didn’t have enough evidence to prove the claims were false because Monique hasn’t heard from him, Gizelle, or an attorney.

As for Gizelle, Monique claimed she’s a horrible example for her three daughters.

“I would hate for my children to watch me keep going back to a horrible man who treats me with disrespect all for a show,” she professed. “And then you involve your children in that.”

But that wasn’t the only cast member the Not For Lazy Moms podcaster felt like shading. She also mocked Robyn Dixon‘s engagement to her ex-husband, Juan Dixon, and she claimed Robyn would have been fired if Juan didn’t agree to get down on one knee.

“I definitely think it was for the show. I heard there was some ultimatums,” Monique alleged. “I heard through the grapevine that there were some ultimatums given to her and her whole situation. You know they want that money to keep coming in so they gotta do what they gotta do. They gotta pay them taxes; they gotta make it to season six now.”

Nevertheless, Monique did have some kind things to say about Karen Huger and Ashley Darby, and she revealed that she’s still in contact with both women.

“We’re good! I actually talked to Karen a few days ago, and Ashley, I’ve been texting and checking on her [and] she checks on me,” she shared. “She just had the baby, so I’m sending her one of my Mila Eve Essentials kits that’s for new moms. So, we’re doing good and I really enjoy it. I feel like the relationships [are] even better because there’s less strain from filming and our relationship now, our friendship, has just blossomed even more.”

She then teased a potential collaboration with Ashley.

“I’m waiting for Ashley to get her whole postpartum situation together. I already sent her an idea for a song,” she revealed. “I sent her the music for it and we said we’re gonna do something together. So, yes, this is gonna be a good one.”