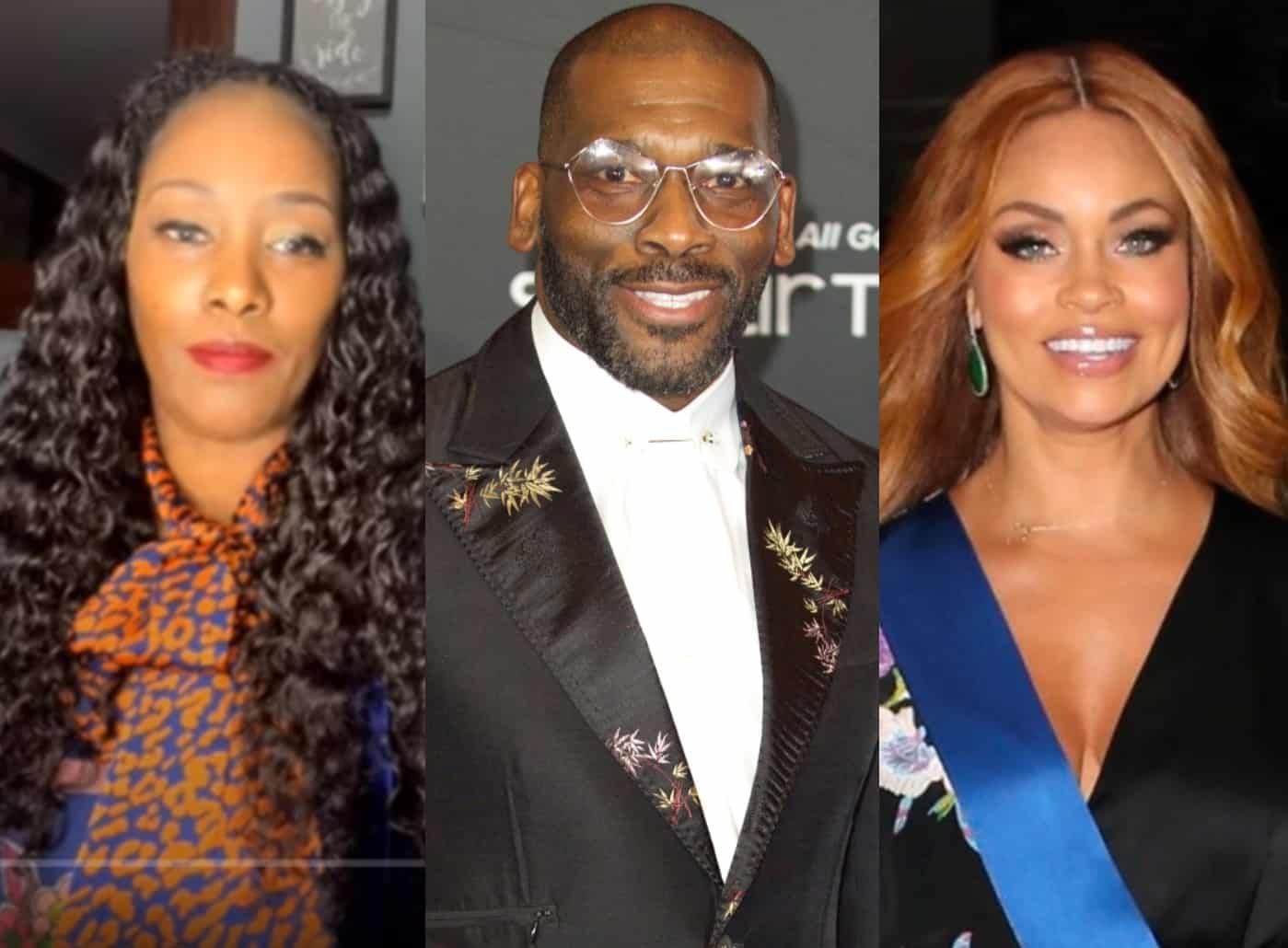 Jamal Bryant‘s ex-girlfriend, Tunya Griffin, is speaking out about their eight-year romance as well as the many, many lies allegedly told by the pastor and his ex-wife, Gizelle Bryant, who claimed to have reconciled on The Real Housewives of Potomac.

While applauding Monique Samuels for blowing the roof off her relationship with Jamal during part one of the reunion and confirming she was the woman behind the text messages Monique shared, Tunya shared details about the years she spent with Jamal and accused him of using the church to lure women.

“Monique is a class act and here’s why. She stood in a position that the church itself should be sitting in, stating to the person who is to proclaim truth that he is a liar… and she produced the receipts,” Tunya explained to All About the Tea during an interview on December 22.

According to Tunya, she and Monique grew close years ago and often chatted with one another during episodes of RHOP. So, when Tunya saw that Gizelle had alleged on the show that she and Jamal had been together for two years, she immediately reached out to Monique.

“I sent a message to Monique and said, ‘Ain’t no truth in that at all.’ And I sent her the receipts,” she explained.

Although Gizelle has accused Monique of targeting her relationship with Jamal in an effort to deflect from her own bad behavior during season five, Tunya believes Gizelle is only blaming Monique to get herself out of hot water.

“You want to blame Monique because she had the verifiable proof that what you were putting out there to the world was a lie. Gizelle sets up her own stage. A lie cannot exist where truth is. It just can’t,” Tunya noted. “Gizelle and Jamal conspired together to tell the lie and now that’s it’s crumbling under the weight of the truth, they’re grasping at straws. When you do wrong and you don’t want everybody to know, you’re [going to try] to defend yourself. [But] the truth is the truth.”

After alleging that Jamal initially “slid in [her] DM” in 2011 after she went to his church to see him preach and applauded his book as a good read on social media, Tunya confirmed the two of them began a “romantic slash sexual relationship.”

As for the texts Monique read at the RHOP reunion, Tunya said she and Jamal had exchanged the messages after he invited her to join him in Buffalo, where he had a speaking engagement.

While Tunya did ultimately join Jamal in the area, she first questioned him about the circling rumors regarding his rekindled romance with Gizelle.

“His response to me, ‘This is for reality TV,’” she recalled. 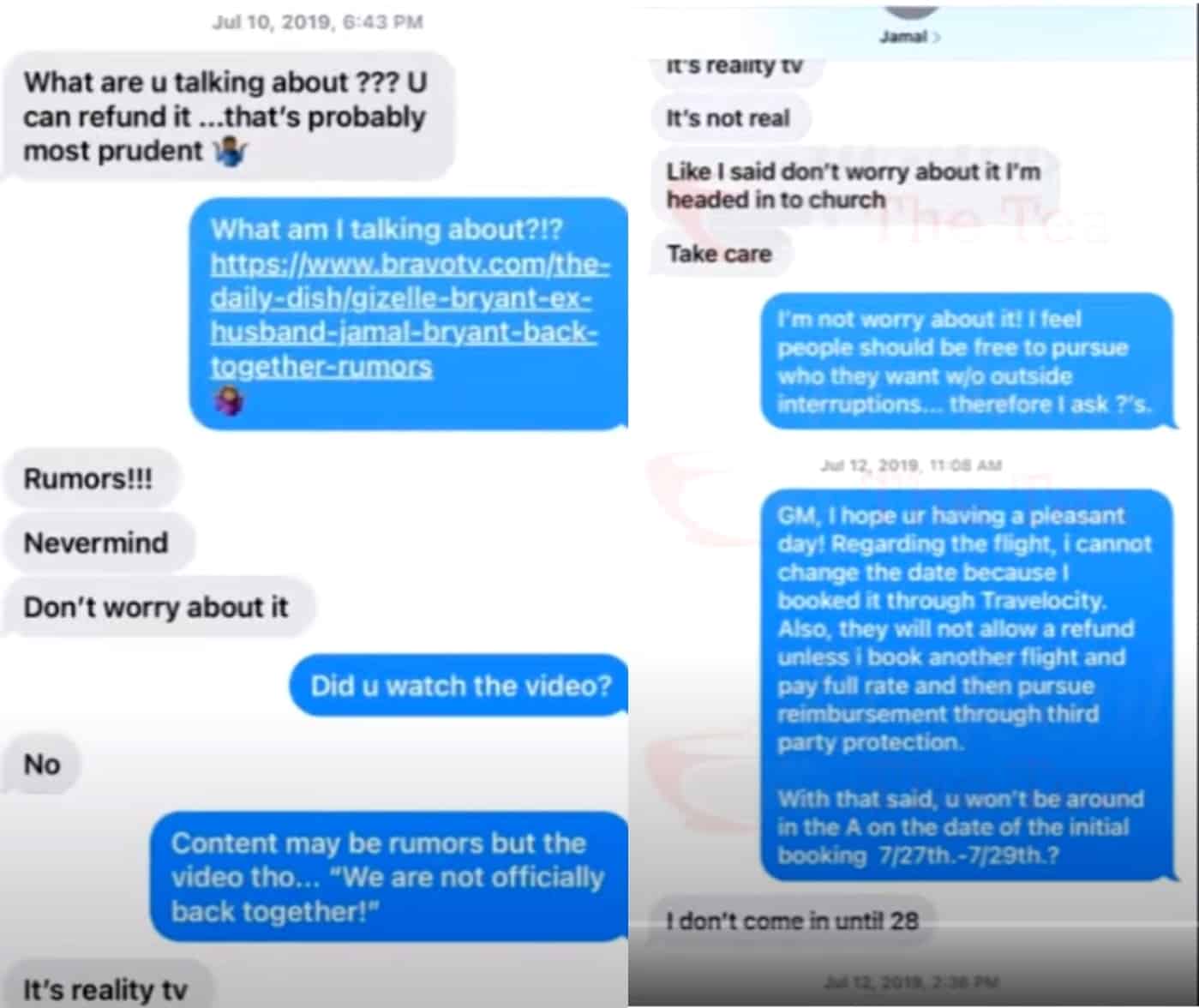 When Tunya was then asked to respond to a recent video Jamal shared on his Instagram Stories, she shot down the idea that she was hunting for a job and also said it was untrue that she hadn’t been to his home, stating that she’d actually been to Jamal’s place in Baltimore “many times” and providing a photo from inside. 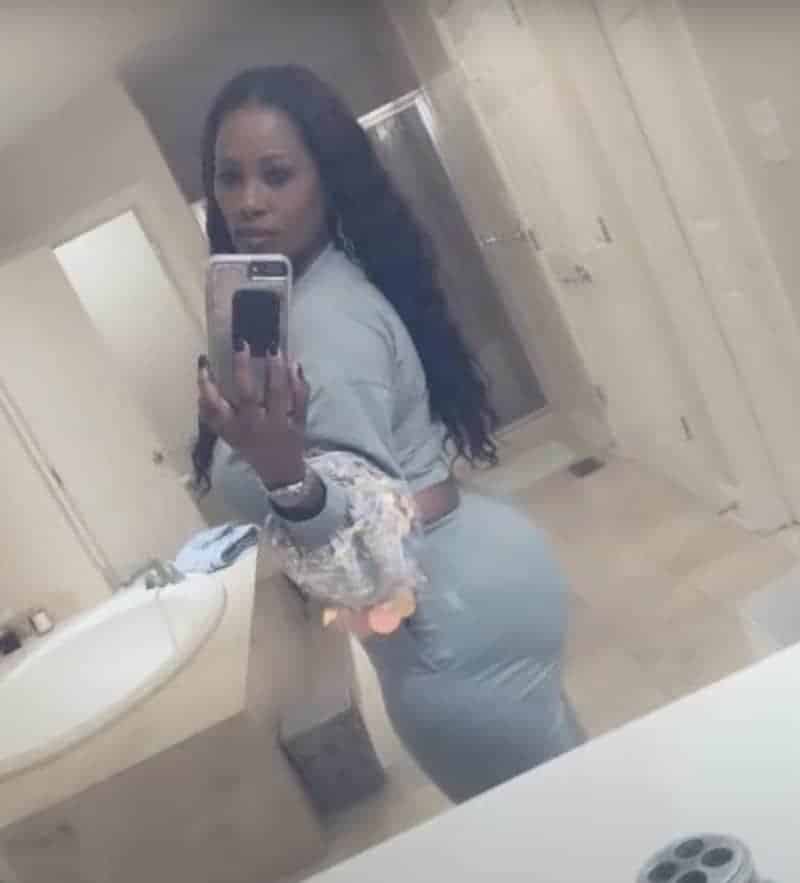 [Photo: All About the Tea]

Tunya also shared a series of images of Jamal in bed, including the one below, which she alleges was taken in Arizona. 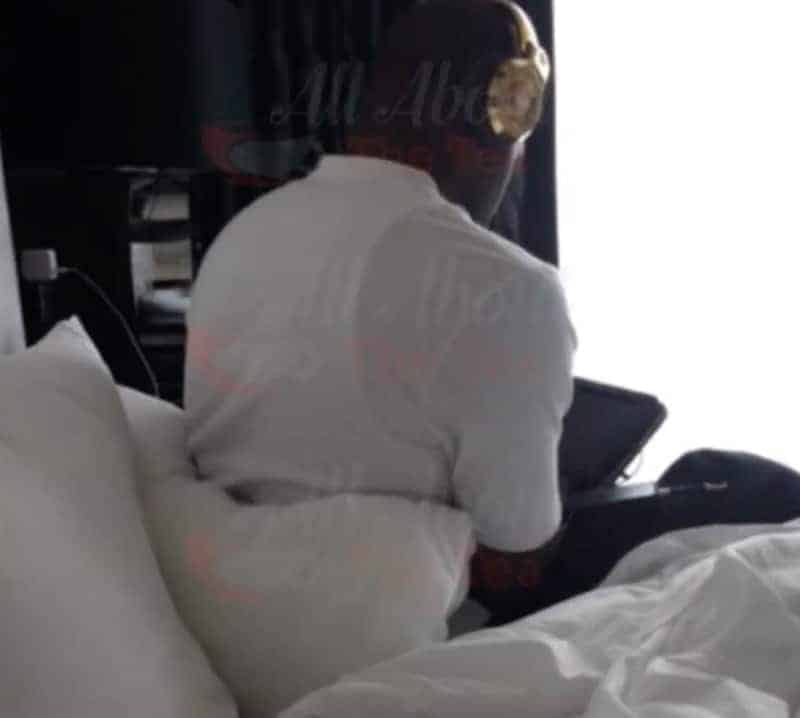 [Photo: All About the Tea]

Although Tunya claimed Jamal is currently seeing a female pastor, she noted that their relationship did not come to an end because of the other woman. Instead, their romance ended because of “lies, lies, and more lies.”

“The relationship failed because he was not a truth teller,” she explained. “He wouldn’t give full disclosure on anything and he didn’t think about what that would mean. For me, I have to think about that in terms of my health.”

“Sometimes I’m a woman to compassion to my own detriment,” she continued. “I stayed too long. I try to be compassionate. I understand I haven’t always been perfect and I love to extend that to other people but… that does not [always] work in my best interest.”

Looking back on her time with Jamal, Tunya alleges the pastor and reality star uses the church to lure women.

“He sits in a position of power and influence. If you talk about the pastor he has now, her ability to move vocationally is tied to Jamal. She can’t move unless he says she can move. That’s the way the structure in the denomination is set up. He controls the power,” she explained.

The Real Housewives of Potomac‘s season five reunion continues this Sunday night, December 27, with part three at 9 p.m. on Bravo.