Home Real Housewives of Potomac News VIDEO: Watch RHOP Reunion Trailer! Ashley and Gizelle are Confronted With Cheating Rumors About Their Men, Plus Candiace Walks Off Stage as Monique’s Husband Chris Tells Her to “Get Some Help”

VIDEO: Watch RHOP Reunion Trailer! Ashley and Gizelle are Confronted With Cheating Rumors About Their Men, Plus Candiace Walks Off Stage as Monique’s Husband Chris Tells Her to “Get Some Help” 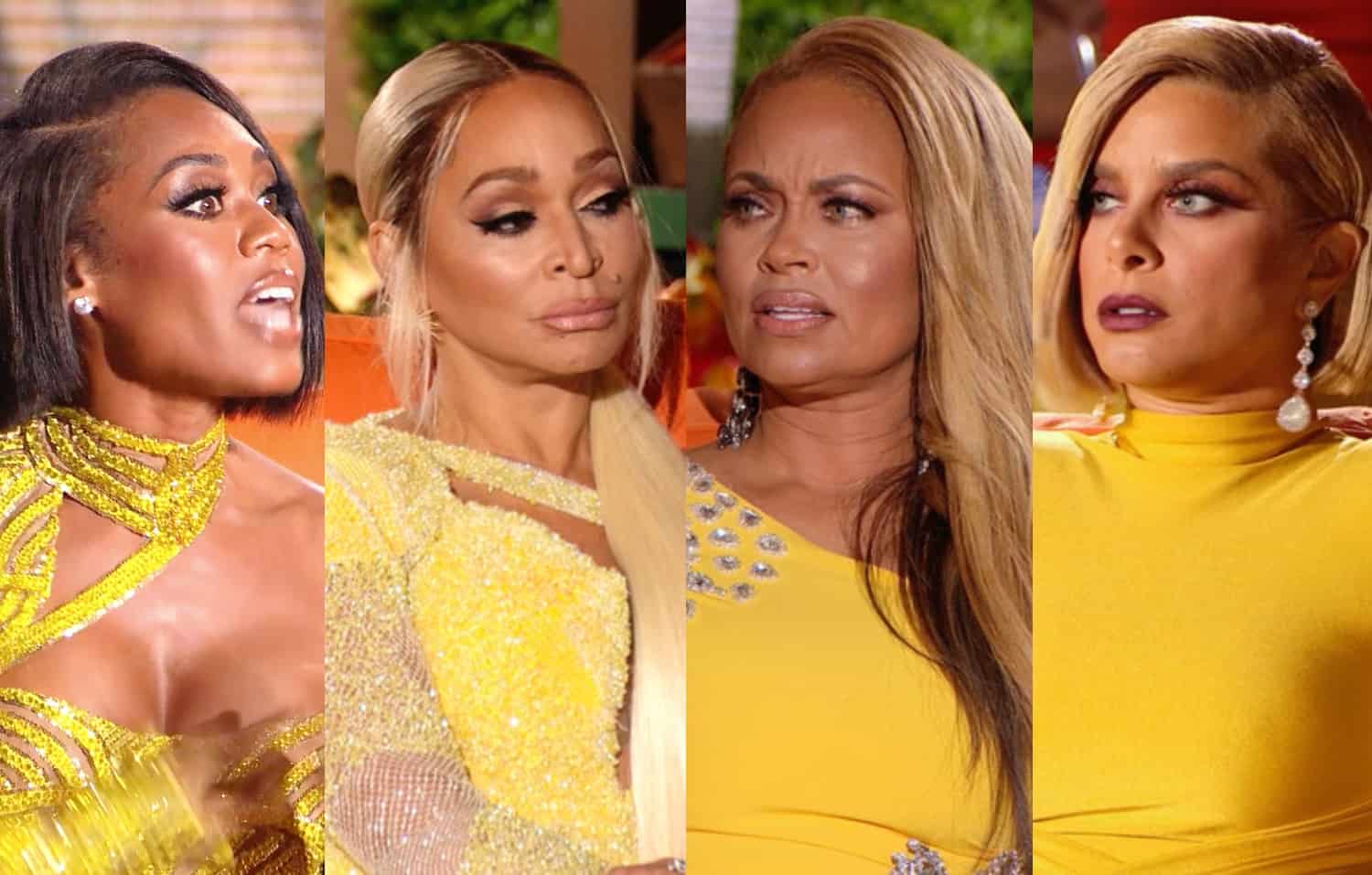 The Real Housewives of Potomac season five reunion is just as dramatic as one might assume.

“We have broken each other this year,” Karen explains to the cast as the sneak peek begins. “Talk to God, do whatever you have to do to get this right. This is a new beginning if we are willing to pull together.”

As the topic of Monique and Candiace’s fight is mentioned, their husbands, Chris Samuels and Chris Bassett, join the ladies on stage, and as expected, Chris S. doesn’t hesitate to get involved in their drama.

“If we don’t get to owning up to this it’s gonna be some real mess up on the stage,” he says.

Then, as Monique attempts to speak, he shuts her down, saying, “Please let me handle this,” which prompts host Andy Cohen to intercede.

“Chris, sit down,” he demands.

Andy then turns to Monique and asks, “What was your emotional reaction after you saw the footage?”

After seemingly calling someone out for not caring and playing both sides of her argument with Monique, Candiace storms off stage.

“I need a break,” she tells Andy and her co-stars.

Right away, Chris S. encourages her to seek help.

“Hurt people hurt people,” he explains. “Go get some help.”

During another moment of the RHOP reunion, Karen throws shade at Gizelle.

“I am obsessed with your clothing,” Karen says. “Your taste sucks, but it’s been very therapeutic in quarantine.”

“Congratulations to Karen, her Geritol just kicked in,” Gizelle fires back, later accusing Karen of trying to get Wendy “kicked off the show.”

As for the cheating rumors, Monique makes it clear that she came prepared after Andy asks if anyone brought “receipts” to the taping by debuting an entire binder, which Candiace labels, “The Thirst Book.”

“An old clip has resurfaced of [Michael Darby] and it’s damning,” Andy begins.

“They had sex,” Candiace replies as Michael’s wife, Ashley, rolls her eyes.

Then, as the attention turns to Gizelle, Monique suggests her current boyfriend and former husband, Jamal Bryant, has been unfaithful.

“Your pastor boyfriend is slinging his big D all over Atlanta,” Monique tells Gizelle. “I’ve got it in my receipt book.”

The Real Housewives of Potomac‘s season five reunion begins airing on December 13 at 9 p.m. on Bravo.