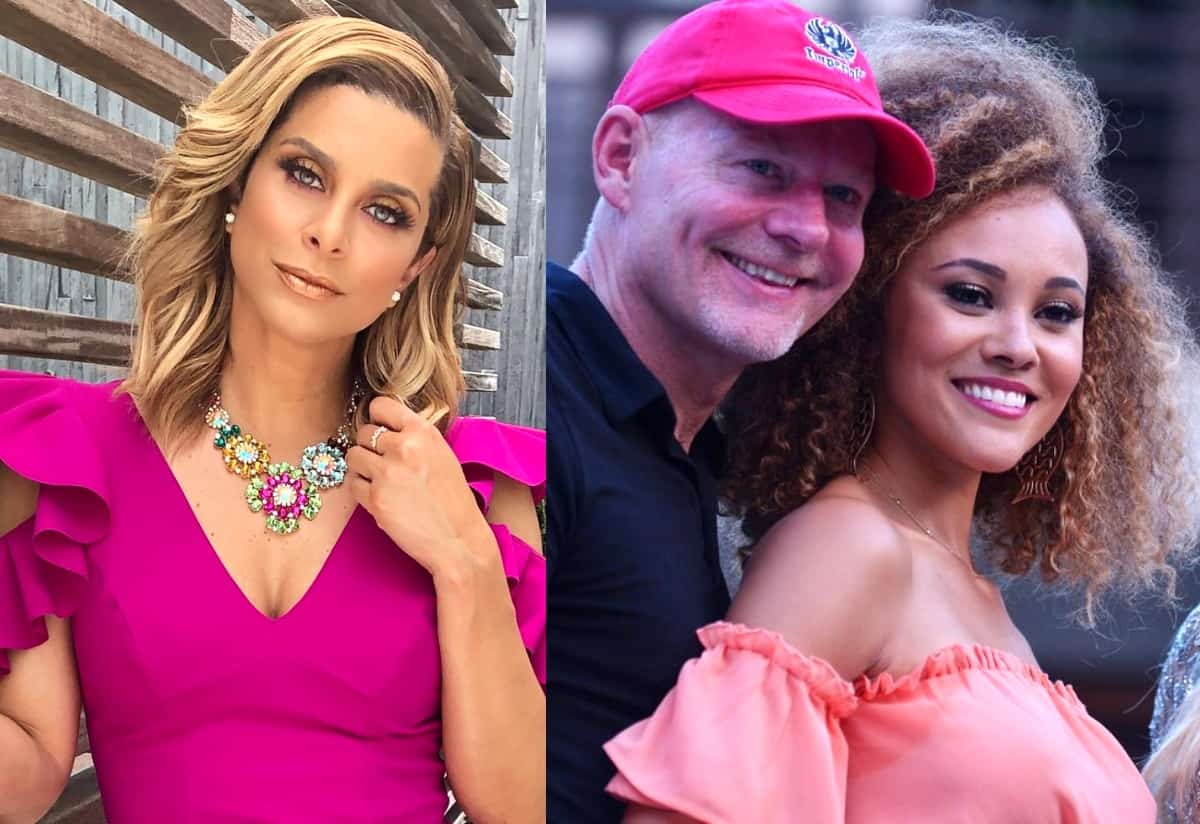 Ashley Darby stunned The Real Housewives of Potomac fans on September 8 when she announced that she was pregnant with her second child with husband Michael Darby. Now, her RHOP co-star, Robyn Dixon, is sharing her reaction to the news.

Robyn is also reflecting on the “unconventional” relationship between Ashley and Michael and how it’s played out in the past few seasons, considering how that might affect baby number two.

“To be honest, I wasn’t surprised at all,” Robyn told E! on September 10. “I totally sensed that she was in the mode of being ready for baby No. 2, and it’s really cool to watch her as a mother because she’s eating up every minute of it and loves every minute of it.”

PHOTOS – MICHAEL DARBY CAUGHT IN A HOTEL WITH ANOTHER WOMAN?

Robyn noted that she and Ashley had “kind of bumped heads” in previous seasons, but that she can truly see the changes the new mom has undergone due to the birth of baby Dean last year.

“[S]he didn’t really understand how motherhood changes you and how you sacrifice for your children and now just watching her with her son, mostly on her Instagram, she is head over heels in love with him,” Robyn continued. “So it’s really cool to see this transformation of Ashley and how she’s embracing being a mother.”

As a mother of two boys, Robyn shared that she actually wants for Ashley to have another boy, giving Dean a baby brother.

“I told her I’m crossing my fingers for a boy for her, a second boy,” she shared. “I have two boys, and it’s just really cool for them to be able to interact and they’ll be really close in age, so it’d be really cool to have her two boys raised together, creating a terror, like she’s going to be exhausted.”

The reality star also noted the “funny” timing of the pregnancy announcement, considering last week’s bombshell episode in which Candiace Dillard-Bassett received text messages from a friend alleging scandalous behavior from Michael, catching him at a strip club saying he had “a boyfriend and a wife.”

“[I]t’s like you can’t really script this stuff,” Robyn admitted. “It’s very funny that this episode coming up is really going to be a tough one for Ashley. I think we’re going to have to really watch how she reacts to the news. And to be honest, I think we’ve all kind of figured out that their relationship is kind of unconventional. Actually, I wouldn’t call it that, but for them to understand. I’m at the point where I’m like, ‘OK, if it works for you, it works for me.’ So we’re going to have to watch to see how she reacts to it and how she eventually gets to the point where she’s having baby No. 2.”