Home Real Housewives of Potomac News RHOP’s Candiace Dillard Shades Michael Darby Over Infidelity Allegations, Slams Ashley for Her “Foolish Drama,” and Weighs in on Fight With Monique, Plus Offers Update on Relationship With Mom

RHOP’s Candiace Dillard Shades Michael Darby Over Infidelity Allegations, Slams Ashley for Her “Foolish Drama,” and Weighs in on Fight With Monique, Plus Offers Update on Relationship With Mom 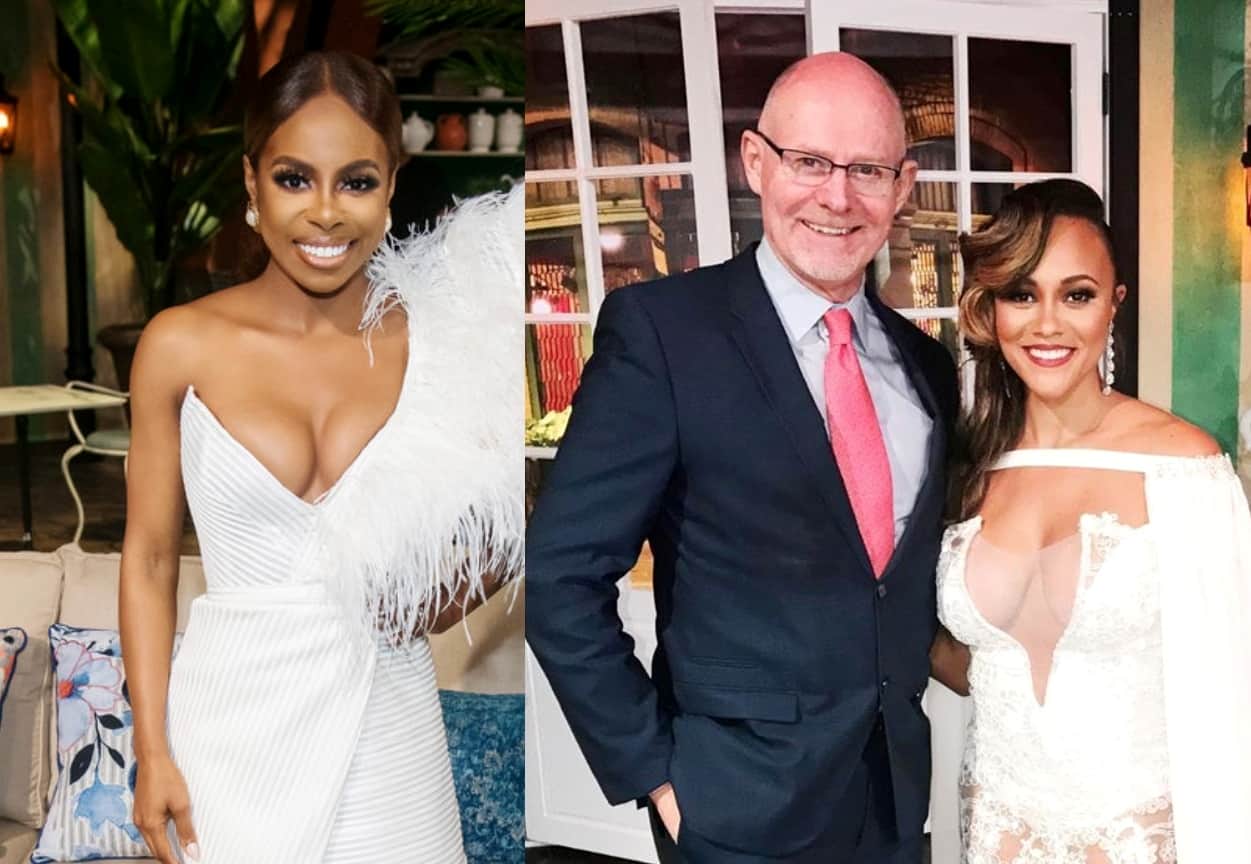 During a new interview, the Real Housewives of Potomac cast member was asked about Michael’s “sticky situation” with some strippers before weighing in on Ashley Darby‘s feud with Wendy Osefo, her physical encounter with Monique Samuels, and her relationship with her mom, Dorothy Dillard.

“I just don’t understand the arrogance of it all,” Candiace told Daryn Carp on People TV’s Reality Check of Michael’s behavior during season five, which included a wild night out.

According to Candiace, the situation involving Michael and his allegedly inappropriate behavior presented itself to her, and ultimately, she was tasked with figuring out the best and most respectful way to deliver it to her castmates. That said, even though she is no fan of Ashley, she felt bad about how the information came into the fold.

Moving onto Ashley’s issues with the newest cast member, Wendy, Candiace said she was amused by their back and forth before slamming Ashley for acting foolish toward the doctor.

“I’ve been the resident sparrer of Ashley Darby and honestly, I’m over it. It was just funny to see someone else now having an issue with Miss Ashley. And it was nice seeing someone else dealing with all of her smart mouthed foolish drama… and Wendy handled herself,” Candiace recalled.

In addition to Ashley’s drama with Wendy, Candiace had plenty of drama with Monique, including an all-out brawl. However, when it comes to the root of the problem between them, Candiace admitted that she thought the two of them were “all good” before filming began on RHOP season five.

“I’m just as clueless as everyone. From my end, we were all good,” she explained.

Although fans have only seen a sneak peek at the fight between her and Monique, Candiace hopes they will see more details as the season continues and also hopes that the details shown are done so in an accurate manner.

“If there was a way to move forward, I don’t know what that looks like. It’s a dark path to me,” she noted.

As for her relationship with her mom, Candiace said RHOP actually helped them get to a better place after a rocky fourth season.

“We are getting along a lot better now. The gift and curse of the show is that you do get to go back and see yourself. So, we’ve both had a chance to take a personal inventory of ourselves and it’s helped us,” she explained.

The Real Housewives of Potomac season five airs Sundays at 9 p.m. on Bravo