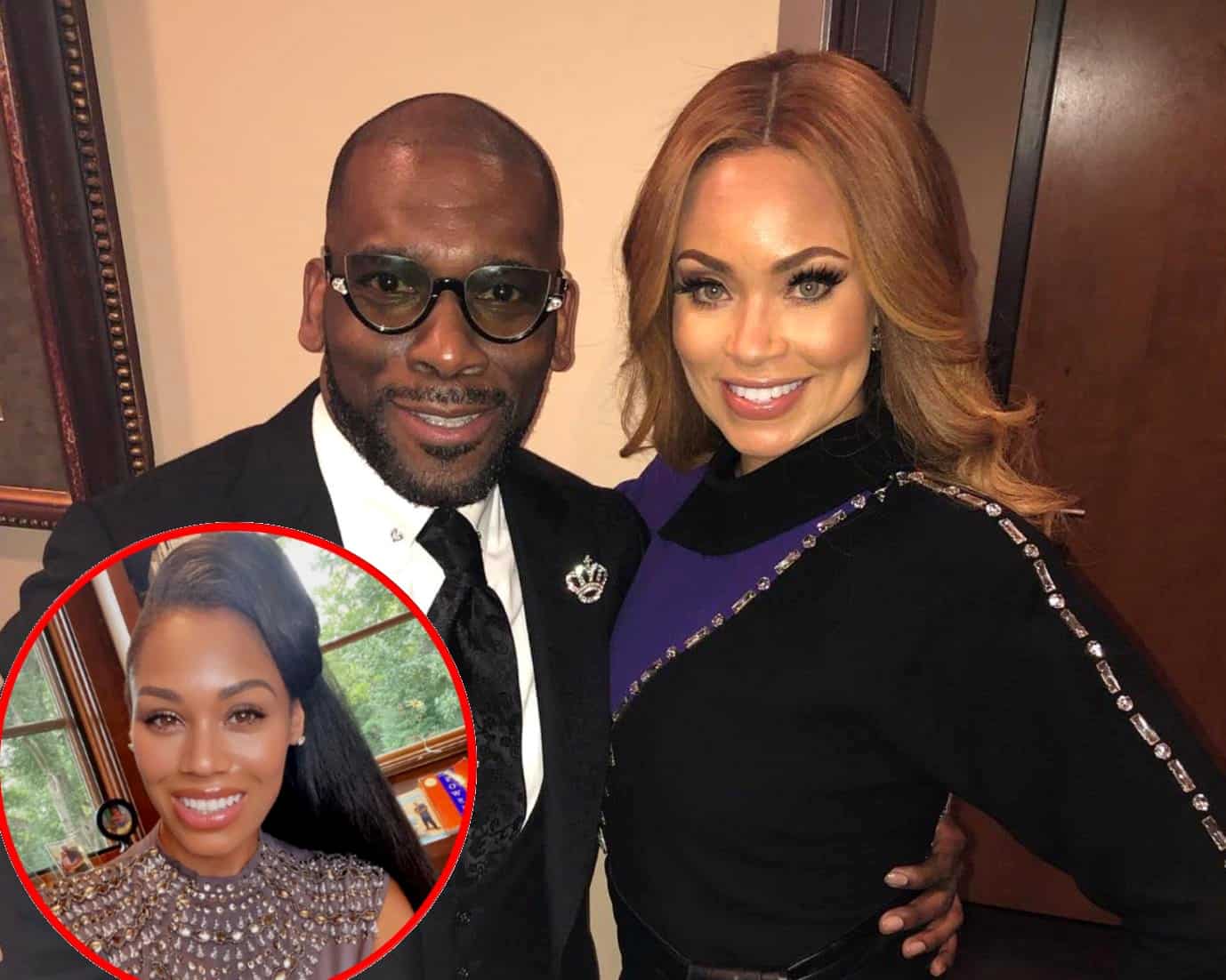 Gizelle Bryant is sharing an update on where she and Jamal Bryant stand following the shocking claims Monique Samuels made against him during the first installment of the three-part Real Housewives of Potomac reunion earlier this week.

During a new interview, Gizelle claimed Monique’s allegations against Jamal were nothing more than her way of deflecting from her own questionable behavior during the season before offering an update on her beauty line, Every Hue.

“I just felt like it was a huge deflection,” Gizelle told the Daily Mail. “She has a lot of answering to do herself with regards to her behavior this season. No, Jamal and I are fine. No one can tell us about our relationship, so we’re fine. I was just like, ‘Wow, you ladies are really angry! You all are really mad at Gizelle! Don’t know why, but okay!'”

On the latest episode, Jamal was accused of dating another woman behind the back of Gizelle by Monique, who also read text messages allegedly sent between him and the mystery woman.

In addition to Monique’s claims of cheating against Jamal, she also suggested he told the other woman that his rekindled relationship with Gizelle was for the show.

“[Monique] said that she was going to do it. I knew she was going to try pull some trick out,” Gizelle said of the drama. “It just made me feel like, ‘Wow, you had time to put together a scrapbook, and a scrapbook of deflection.’ It was kind of sad for her. You’re going through all this for what?”

As for the status of her beauty line, which was forced to stop selling products earlier this year due to the pandemic, Gizelle said the restrictions in place have been challenging for her brand.

Also during the interview, Gizelle confirmed she and Jamal are planning to celebrate the holidays with their kids.

“It is going to be drama-free, only because Thanksgiving and Christmas is just me, the girls, and Jamal. I can’t be with my siblings, I can’t be with parents… We’re just trying to do the best that we can being safe,” she explained.

RHOP Live Viewing – This is also the live viewing thread for the second installment of the RHOP reunion, so feel free to comment and chat below as the new episode airs at 9/8c on Bravo TV. A preview clip is below.