Home Real Housewives of Potomac News Monique Samuels Says Cruel Rumor About Family Was Behind RHOP Fight With Candiace Dillard and Accuses Gizelle and Charisse of Being Involved: “Children Are Off Limits,” Plus Live Viewing Thread

Monique Samuels Says Cruel Rumor About Family Was Behind RHOP Fight With Candiace Dillard and Accuses Gizelle and Charisse of Being Involved: “Children Are Off Limits,” Plus Live Viewing Thread 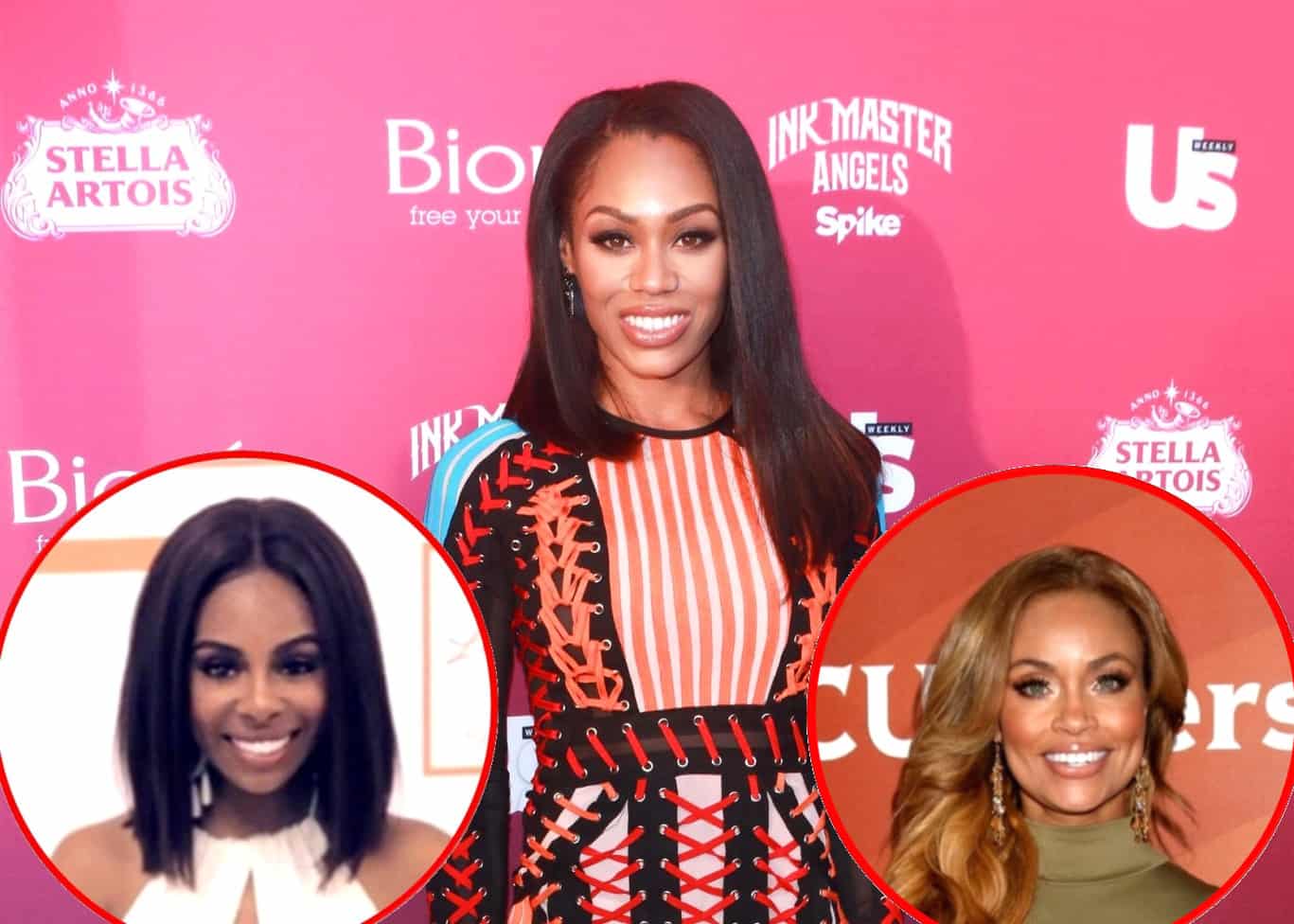 Monique Samuels is sharing the real details about what rumor caused a rift between her and Candiace Dillard-Bassett, fueling the intense Real Housewives of Potomac drama that ultimately lead to a violent altercation on this week’s episode.

According to Monique in a new interview, a former close friend and Charisse Jackson-Jordan made up an awful rumor about her having an affair with her trainer and getting pregnant with his child. In other words, the rumor alleged her third child, Chase, born in November 2018, was a product of that affair and not Monique’s husband Chris Samuels‘ baby. Although Charisse has denied any role in spreading the rumor.

As RHOP fans can recall, Monique’s co-star Gizelle Bryant brought up “Trainergate” on an early episode of the show, noting that the “word on the street” was that the two were “too close for comfort.”

“She just created that,” Monique told Bravo’s The Daily Dish podcast on September 29.”She took the same situation, but she just put a spin on it.”

Monique went on to describe Gizelle’s low-key shade at her during an appearance on Watch What Happens Live in which the EveryHue Beauty CEO responded to host Andy Cohen‘s question about Monique saying she and ex-husband Jamal Bryant weren’t actually back together.

“She said, ‘Well, we are. He’s my actual ex-husband and the actual father of my kids,'” Monique recalled Bryant saying. “I knew what she was talking about. She was taking a shot because that’s what she wanted to bring on the show — another lie — but she realized that if she went that deep off into, who would look terrible? Her. Children are off-limits. We will deal with this at the reunion.”

As for her beef with Candiace, Monique noted that the issue’s roots are in the fact that Candiace allegedly knew about these rumors started by Charisse and still invited her to her anniversary party, which RHOP fans saw in the season 5 premiere.

“The situation with Charrisse is not an issue of, ‘Oh she brought her around and I didn’t know they were friends.’ Charrisse had been involved in helping facilitate some very nasty stuff about me … so when Candiace then brought her around on camera, that to me was signaling like ‘Woah, you’re being messy because you already know why she’s here and you already know what she’s capable of,'” Monique explained. “I was like, ‘I thought we were supposed to be friends.’ We had just had a conversation about all of this, so for her to act like she doesn’t know why I’m upset with Charrisse, I was just like, baffled.”

Moreover, Monique said that Candiace spoke about the rumor during an Instagram live, and alleges that her co-star also discussed the gossip with Gizelle and Robyn Dixon, saying that the rumor wasn’t going to “fly” since “Chase looks just like Chris.”

Candiace continues to deny any involvement in the rumors or suspected shadiness with Charisse, recently asserting on The Wendy Williams Show that she was still “confused” about their fight.

“If she had asked me — which she never had a conversation with me about these rumors that she heard — she would have gotten clarity that I was never a part of a spin, a spreading or a plot,” Candiace told host Wendy Williams on September 28. “The fact that she’s now using that to justify what she did is poppycock. If you pay attention to the season, she never brings up these rumors and this plotting during the season. It only comes out and becomes an issue after we’ve wrapped filming. She was looking for a reason to justify attacking another Black woman on national television.”

Both women have expressed their discontent with how everything went down, but Monique reassured fans on the podcast that the brawl was definitely not “premeditated,” and that she still regrets what happened.

“I just want the fans to know that this wasn’t something that was premeditated; this was something that was based off of energy being returned. And it just turned into something just very ugly,” Monique said on the podcast, adding that she wished she would have just “walked away” from the conflict before it exploded.