Home Real Housewives of Potomac News Candiace Dillard Calls Monique Samuels Altercation “Very Traumatic” as Monique Says She Has “No Desire” to Speak to Her RHOP Co-Star After Fight, Plus She Talks Ashley’s Marriage Drama, and Live Viewing Thread

Candiace Dillard Calls Monique Samuels Altercation “Very Traumatic” as Monique Says She Has “No Desire” to Speak to Her RHOP Co-Star After Fight, Plus She Talks Ashley’s Marriage Drama, and Live Viewing Thread 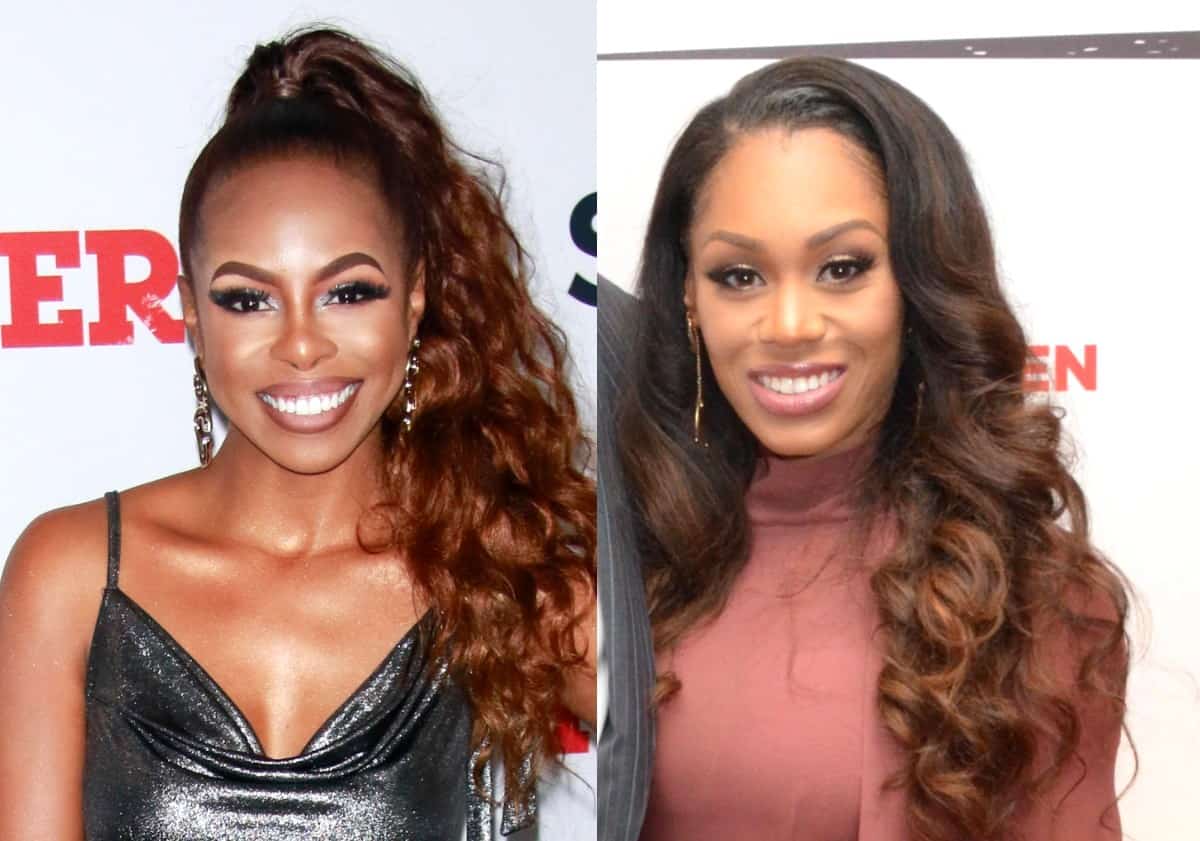 The groundbreaking altercation between Monique Samuels and Candiace Dillard-Bassett is about to take place on our screens, and the brawl was apparently so bad that the two women haven’t spoken since.

In a new interview, the Real Housewives of Potomac star Monique detailed the relationship with her co-star (which is apparently non-existent), and also touched on the Ashley Darby and Michael Darby drama plus details about her new book. But first, Candiace took to her Twitter page yesterday to describe the altercation as “very traumatic” after a fan asked what viewers can expect on tonight’s new episode.

“You’ll see everything. All of it. They really left little, if anything out. It’s raw. It’s very traumatic for me. I would be lying if I said I’m okay. I’m not. The level of instability a person has to have to behave the way she did and then double down on it is incomprehensible,” tweeted Candiace on September 26. 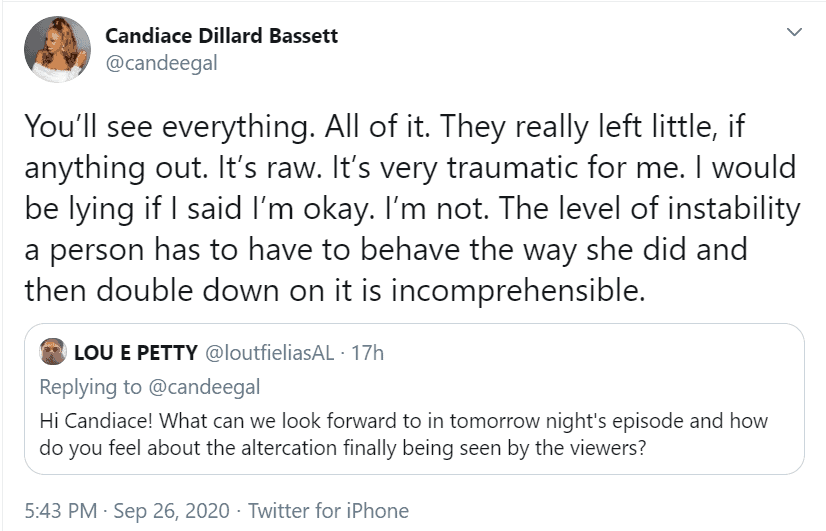 As for Monique, she opened up about her fallout with Candiace since the wine tasting brawl.

Monique was then asked if she could ever repair things with her castmate, much like she did with Gizelle Bryant after the two started out on the wrong foot.

The reality star explained that she didn’t exactly become “friends” with Gizelle, but she was able to compartmentalize and move forward within the group. With Candiace, things may have just gotten too heated.

“Where Candiace and I are now, we’ve surpassed that. So, to me, unless you really desire to repair the friendship and try to come together and move forward, then it deserves a conversation,” she revealed. “But if I already know I’m done, then what do I need to talk to her for? Why should I upset myself when I see how she’s been moving over this past year and it’s not friendly?”

The Not For Lazy Moms blogger remains friendly with her other co-star, Ashley, however, as she spoke about the new mom’s relationship with her husband Michael.

As RHOP fans saw on the past few episodes of the show, scandalous cheating rumors were brought to the table about Michael and, unfortunately for Ashley, it wasn’t the first time her hubby was involved in, let’s say, some problematic stuff.

“I think Ashley is a better woman than me. She’s handling everything with poise and, you know, I’m just like … I would be going off, I would be throwing clothes out the window, I’d be lighting cars on fire,” she said, laughing. “To me, it just sucks for Ashley as the wife who has to have the weight of all of this once again — even if the rumor isn’t true.”

Monique also shared that the couple is “still going strong,” so everything seems to be moving forward quite well with the two as they embark on another pregnancy journey together. As for their “unconventional marriage,” Monique also noted that those details were “on them,” and she was happy Ashley finally revealed the details of the arrangement.

As for her own marriage, the mother-of-three and husband Chris Samuels are happy to share some of their family’s tactics for raising children, as their new book, Potty Training: Mommy and Daddy has hit the stands.

She noted to the outlet, BCK Online about the book, “I was told years ago, before I became a mom, that you can actually start teaching your child how to potty train as soon as they’re able to sit up and are on solid foods just because it’s easier to track. I did it with all three of my kids, it worked. It’s like they know. My kids, they don’t sit on the toilet for hours. They use it when they have to go and then they handle their business and they’re done.”

RHOP Live Viewing – This is also the live viewing thread for tonight’s all-new RHOP episode, so feel free to comment and chat below as the new episode airs at 9/8c on Bravo TV! A preview clip is below, showing what led up to the fight.