Home Real Housewives of Potomac News Gizelle Bryant Talks ‘Unnecessary’ Candiace and Monique Altercation on RHOP and Explains Why She Thinks Monique is “Jealous” of Candiace, Suggests Karen is ‘Intimidated’ by Wendy, Plus Live Viewing Thread!

Gizelle Bryant Talks ‘Unnecessary’ Candiace and Monique Altercation on RHOP and Explains Why She Thinks Monique is “Jealous” of Candiace, Suggests Karen is ‘Intimidated’ by Wendy, Plus Live Viewing Thread! 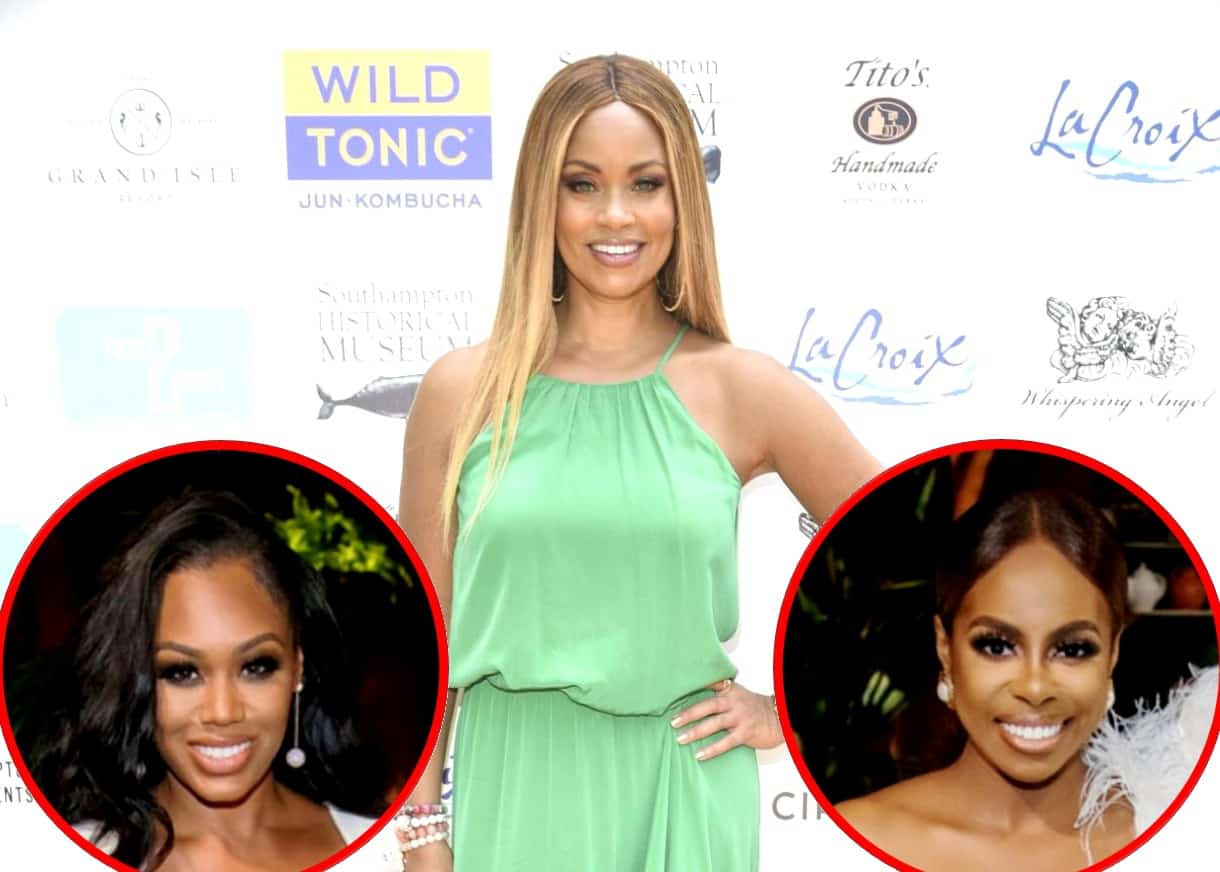 As season five of The Real Housewives of Potomac continues to roll on, the drama is beginning to build, with a trailer for tonight’s episode revealing the much-anticipated brawl between Candiace Dillard-Bassett and Monique Samuels.

In a new interview, OG Gizelle Bryant sat down to discuss what she calls a “silly” and “unnecessary” altercation that occurred between the two women.

“My thoughts are that the altercation had ZERO to do with Charisse [Jackson-Jordan]. To this day, my thoughts are that it was the silliest, most unnecessary altercation under the sun,” she said on Behind the Velvet Rope podcast with David Yontef, noting the alleged rumors Charisse spread about Monique which lead to serious tension between Monique and Candiace. “I feel like Monique has always had some issue with Candiace that she’s never kind of expressed. Maybe it’s jealousy, I don’t know.”

She continued, “Candiace came around, and love her or hate her, Candiace is Candiace, you know? She’s got a slick mouth, she’s annoying, but we like her because she decides to show up in her own skin with all of her antics. And I think maybe Monique doesn’t like that — I don’t know.”

Gizelle went on to say how “unfortunate” the situation was and how “shocked” and “disturbed” she was when it happened. When podcast host David asked if the ladies then divided into “Team Candiace” or “Team Monique,” Gizelle said no, but then implied that one of the women may have had more responsibility in the matter.

“If you watch the trailer, there’s only one name that people are saying ‘Stop!’ So … it’s very clear about how we felt in the moment about what happened,” she stated.

The EveryHue Beauty CEO went on to explain that she believes some fights to be necessary, but this one ended up “tarnish[ing] the brand,” in her view.

“Black women are viewed in this country as being violent, as being women who cannot have a discussion without it getting physical. We have seen over and over again on black reality television, women throwing glasses, flipping tables, beating each other up, pummeling each other to the ground like … we don’t need to do that,” she said. “So I just didn’t want us to fall into a stereotype that’s already out there that we all know about.”

The reality star also touched on her relationship with Karen, which has always had its ups and downs, but now may be a little more fraught than normal, as Gizelle confirmed she hasn’t spoken to her friend in a year and is “TOTALLY happy with that.”

She also noted that she definitely doesn’t get Karen’s insistence that she doesn’t know newcomer Wendy Osefo, when the two serve on committees and boards together.

“You’re on the same board with this woman, y’all have committee meetings, y’all have conference calls! Like, you know her! So it just doesn’t work when it comes to Wendy,” Gizelle stated. “I don’t know where it stems from. I think Karen is very clear that Wendy is smart and strong and I think that was probably a little intimidating for Karen.”

Gizelle also talked Karen’s “Grande Dame” moniker, saying that she’s the one who actually may have given her that name as a joke at first — and then Karen ran with it.

“I think in the beginning we thought it was cute because it was just like, something cheeky and cute, but now, I think in her mind she’s trying to morph into something that she’s made up and that’s confusing — that’s the confusing part. I think even Ray’s a little confused,” she revealed. “It’s like, do we know who you are? But we don’t. We want to. We used to know who you were. It’s just … confusing. I think that she just decided that she was gonna live in a land called ‘delusion,’ and I don’t like to live on fantasy island; I like to live in reality.”

RHOP Live Viewing – This is also the live viewing thread for tonight’s all-new RHOP episode, so feel free to comment and chat below as the new episode airs at 9/8c on Bravo TV! A preview clip is below, showing what led up to the fight.