by Cynthia Cook May 1, 2020 36 comments
ShareTweetWhatsappPinterestRedditTumblrMailFlipboard

The premiere of The Real Housewives of Potomac might be pushed back, but the RHOP ladies are still bringing the drama.

Robyn Dixon and Gizelle Bryant took to Instagram Live recently to discuss the upcoming season and reveal new details about the explosive fight that happens between Monique Samuels and Candiace Dillard-Bassett.

During their conversation, Robyn seemed to imply that there was one housewife who was more to blame for the altercation in what she called an “attack” that was “one-sided.”

Was it Monique who “threw more punches” or charged Candiace who first? In the fiery season five trailer, we see snippets of the fight beginning to erupt with what sounds like Karen Huger‘s voice exclaiming, “Monique!” in a concerning tone.

Although it’s still unclear who started the potentially “one-sided” attack, Monique and Candiace have butted heads for a while, getting into a Twitter feud back in February.

Although Monique blocked Candiace on Twitter, many fans believed Candiace’s tweet about “karma” and “retribution” was about Monique and sent a screenshot to her.

“This can’t possibly be about me. I shut her up months ago,” Monique replied after seeing Candiace’s post. 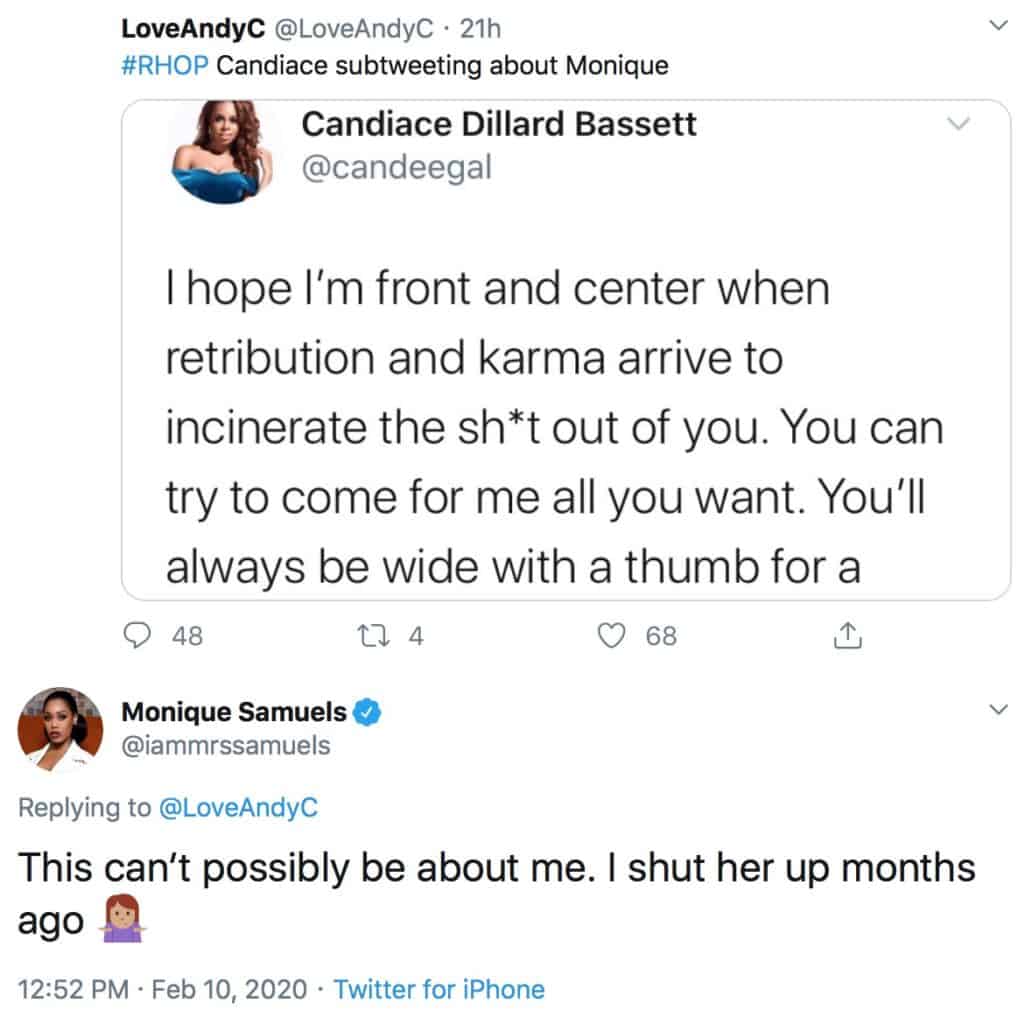 Following their fight last year, Candiace went to the police and filed second-degree assault charges against her RHOP co-star. Monique did the same against Candiace, but the charges were dropped in December.

Monique also commented recently on the news of the show’s season premiere being pushed back, specifically shading Candiace as well as Gizelle in her post.

A date for the RHOP premiere is currently TBD. Andy Cohen recently commented on how, although he’s also bummed by the push back, spreading out show premieres is necessary due to the coronavirus pandemic and numerous production schedules being put on hold.