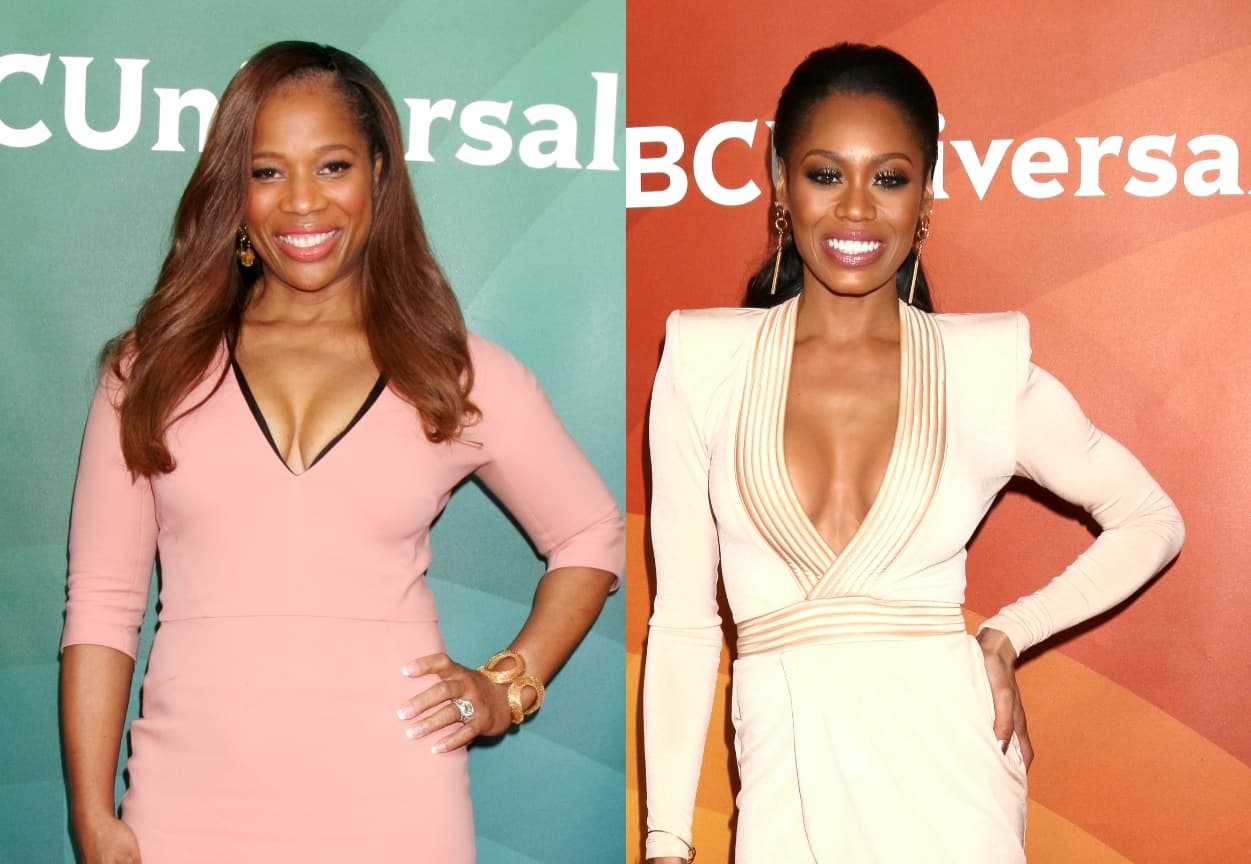 Charrisse Jackson-Jordan may no longer be a full-time cast member on The Real Housewives of Potomac, but she’s still bringing the heat this season — and on social media.

In particular, Charisse is having some drama with full-time RHOP star Monique Samuels — drama that seems to have carried out throughout the season and caused further conflicts down the line.

Monique alleged that Charisse is spreading rumors about her cheating on her husband, Chris Samuels, with her trainer. Well … it was actually Gizelle Bryant who spilled the whole tea about the rumors.

Anyway, the conflict between the ladies is building up on our screens this season, and the two apparently still haven’t settled their differences since the show wrapped last year.

Charrisse took to Twitter seemingly while watching along with the second episode of the season on August 9 to throw some shade Monique’s way after Monique expressed her contempt for Charisse on the show, calling her a “walrus” during the dinner thrown for Ashley Darby.

Charrisse poked at Monique’s “crying” over her pet parrot, T’Challa, flying away over the weekend, and expressed her scorn at Monique then talking trash about her on Instagram Live.

“I am so happy that @iammrssamuels is no longer crying about her bird running away and has gone on Live to talk about me. I’m not thinking about you or your lies boo,” she wrote. “You’ll fool some but the truth always prevails @BravoTV.”

I am so happy that @iammrssamuels is no longer crying about her bird running away and has gone on Live to talk about me. I’m not thinking about you or your lies boo. You’ll fool some but the truth always prevails . @BravoTV

In her Instagram Live video she then posted to her main account, Monique discussed her distress over losing her bird (before his eventual return) and then dished on her RHOP co-stars while detailing her disdain for Charrisse.

She continues, “We done saw this with Charrisse and the fireman; we done saw this with numerous people on the cast. Karen [Huger] with ‘Blue Eyes,’ Ashley and Michael [Darby] with their situation … they exacerbate things and they make things out to be something other than what they are all for entertainment. And if you think that it’s cool to tear down a beautiful black family, simply because you ain’t got crap to talk about, you can kiss my behind.”